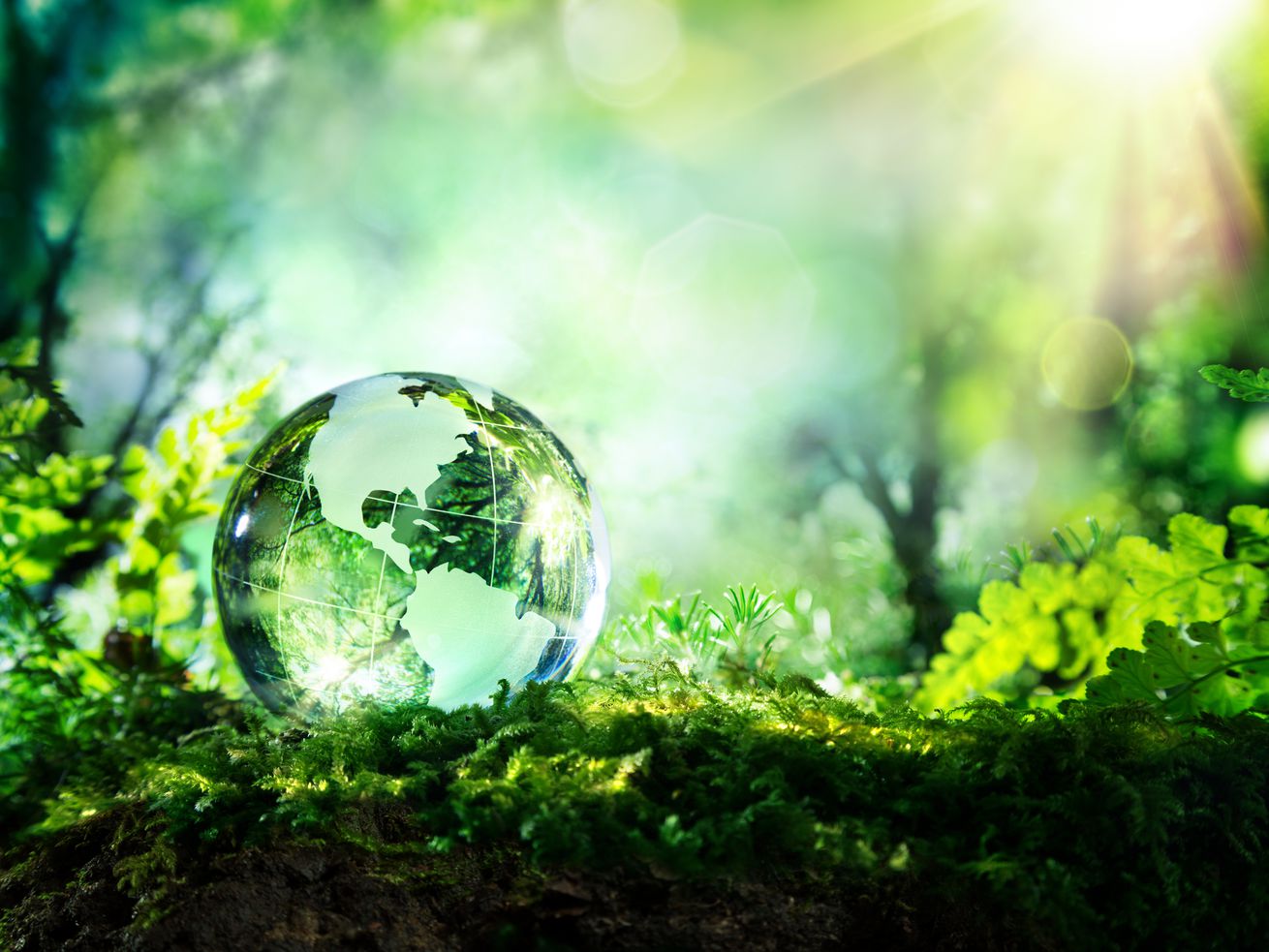 “We can have growth that is strong, sustainable, balanced, and inclusive,” argues a new report.

That, according to the most authoritative research to date, is the amount of money humanity could save through a global shift to sustainable development.

It’s a lot of money. Before you break your brain trying to imagine it, just pause to make a note that it’s a positive sum (uh, extremely positive), not negative. Net savings, not costs.

That might come as a surprise since decades of conservative and fossil fuel propaganda have made it conventional wisdom that cleaning up our act is expensive — that it costs more than the status quo. It is the argument hauled out against every single pollution regulation.

The argument has always been false on a sufficiently long time scale. Sooner or later, humanity must live sustainably or it won’t go on living — that’s what “sustainable” means. And any fundamental shift toward sustainability is enjoyed by all subsequent generations of humans, so, y’know, the value compounds. If there are any people left in the year 5000, the question of whether it was “worth it” to shift to sustainable practices will strike them as peculiar indeed.

But there were ways to make the shift look expensive in the short to mid-term, especially since the prices of the fuel, food, and materials we use do not reflect their environmental damage. And traditional modeling and cost-benefit analysis have always been weighted in favor of the status quo, since the costs of new, more sustainable systems are apparent and their second- and third-order benefits are difficult to predict or quantify. (Innovation is the X-factor in all modeling.)

But these days, it has gotten almost impossible to make sustainability look like a bad deal. Two forces are acting as a pincer, making the decision more and more obvious.

First, the future damages of climate change are coming into clearer focus, and, more to the point, the damages have arrived, here in the present, in brutal fashion.

And second, the costs of sustainable technologies and practices (e.g., solar panels) have fallen at a dizzying rate in recent years, especially in the energy sector.

The costs of the status quo keep rising; the costs of sustainable alternatives keep declining. How do they currently balance out? That brings us back to the $26 trillion.

A comprehensive look at climate risks and sustainable alternatives, at current costs

The Global Commission on the Economy and Climate was created in 2013 to examine how the international community could achieve its development goals within the constraints imposed by climate change. It is a Davos-friendly collection of former government officials (like Mexico’s Felipe Calderón), along with experts in business and economics (like famed climate economist Nicholas Stern), funded by a set of seven governments (not including the US), though it operates independently.

Its flagship project, the New Climate Economy, is a sprawling collaborative effort involving a core team and numerous participating research institutes. It has resulted in three big comprehensive reports so far, along with several smaller country- and industry-specific reports. Unlike the IPCC, with its interminable layers of bureaucracy and review, NCE can crank out work relatively quickly and use up-to-date cost data.

All of which is to say that its fourth big report — the 2018 New Climate Economy Report, out Wednesday — is the closest thing to a state-of-the-art look by experts at the risks and opportunities posed to human beings and their economies by climate change.

Its key findings will be familiar to aficionados of such reports:

At over 200 pages, the report is nothing if not comprehensive. In each of the five areas of the economy, the researchers go deep, make granular recommendations, and quantify the exact benefits of sustainability over the status quo. For instance, on cities:

More compact, connected, and coordinated cities are worth up to US$17 trillion in economic savings by 2050 and will stimulate economic growth by improving access to jobs and housing. They can strengthen resilience to physical climate risks and could deliver up to 3.7 gigatons per year of CO2e savings over the next 15 years, just shy of the total emissions of the European Union (EU) today.

If you’re an energy nerd, dig in — this is an all-you-can-eat buffet.

Beyond the currency and comprehensiveness of the effort, a couple of features of the report jumped out at me.

Current models and projections underplay the benefits of transition

The first — related to an enduring obsession among climate wonks — has to do with the limitations of existing modeling.

The researchers are frank: “Current economic models are deeply inadequate in capturing the opportunities of such a transformational shift, or the grave dangers of climate inaction,” they write. “We need a new class of economic models that can capture the powerful dynamics at play, including transformative technological advances, preservation of essential natural capital, and the full health benefits of cleaner air and a safer climate, including the containment of pandemic diseases.”

Indeed! In energy, my personal guess is that by 2030, it will be very clear that we grossly underestimated the benefits and opportunities unlocked by smart, connected, distributed energy technologies — all the widgets and ways we will use to better measure, manage, and share the abundance of cheap renewable energy.

Similarly with transportation. With the benefit of quieter, safer, more livable cities and better respiratory health, we’ll wonder why we ever put up with anything else — why we nickel-and-dimed the transition to electric buses, long-haul trucks, and passenger vehicles; why we fought over every bike lane and rail line.

Economic models keep misleading us in ways that slow the transition to sustainability. So we need new economic models that better capture the real choices we face.

The barrier — now, as always — is “leadership”

The second (another enduring obsession) has to do with why the transition continues to move so slowly.

The report goes to great lengths to make clear that we have the tools we need. The technologies and practices that serve sustainability are already at work in some places — just not broadly or consistently across the world. We know how to do it. It’s just a matter of scaling up the solutions, quickly, across sectors, regions, and countries.

If we don’t — if we continue on our incremental, inconstant path — the results will be disastrous:

If countries move tentatively: there will be no breakthrough on carbon pricing and innovation; some, but not all, cities will be built in a sustainable, resilient, and inclusive way; rainforests will continue to be slashed, albeit at a slower rate; power grids will be decarbonised but only where it’s easy to do so. Although this is progress, it is nowhere near close to enough and will lock us into an unsustainable growth path, with global warming of potentially more than 3° C, severely disrupting the lives and livelihoods of billions, from residents of coastal Asian megacities to farming communities in America.

That’s about as plainly as it can be put. (The report’s language is admirably blunt throughout.)

“Economic decision-makers, especially in the policy world, now need to step up,” it says.

Why isn’t that happening?

“What is currently lacking is sufficient political and business leadership,” it says.

And there you have it: right where reports like this always end up.

We know what needs to be done. We have the tools. The numbers have been run. The economic arguments are solid. The choice is clear. Now we just need “leadership.” Or “political will.”

In other words, we don’t know what we need. For all their numbers, models, and charts, it’s the one thing reports like this can never tell us: how to conjure leadership and political will — how to induce business and political leaders to cooperate for mutual long-term benefit in spite of short-term differences.

But that’s just the basic human moral project, isn’t it? It’s the central dilemma of our nature and our history: how to cooperate across tribal lines, how to construct systems that bind and benefit widening circles of people. If we knew how to accelerate that process, we’d probably be doing it! Or rather, we are accelerating the process, as best we can, but it remains frustratingly slow.

The fact is human progress is fitful, sporadic, irrational, and insufficient because that’s just the way human beings are. If we ever achieve something like sustainability, it will certainly involve myriad distributed acts of leadership, but I very much doubt that it will involve a rapid, top-down, coordinated, multi-sectoral, international wave of policy.

Most of the leadership will be from the bottom up — in sync, perhaps, but coordinated only in the loosest sense. And politicians are likely to trail a bit behind emergent economic and technological realities, as they always have, even in such exemplars as California.

Humans, in short, are likely to remain human.

The report notes that “amazing technological and market progress has been seen in the last few years, well beyond what most of the traditional economic models projected.”

But it pivots immediately to the wonk’s dream: “How much more can be achieved in the coming years with clear, consistent policy signals?”

The way I see it, while policy progress is certain to continue, the wonk fantasy of top-down, coordinated global leadership is unlikely to become reality.

But remember the first part of the quote. Progress in recent years, however frustratingly sporadic and inconsistent, has gone “well beyond what most of the traditional economic models projected.” That’s likely to continue as well!

While we may never see perfect, rational policy coordination, over time, distributed here and there, animated by the same challenges, clever humans will figure out ways to solve these problems, defying gloomy forecasts that simply project the status quo. We will surprise ourselves.

At least that’s where I put my hopes these days.