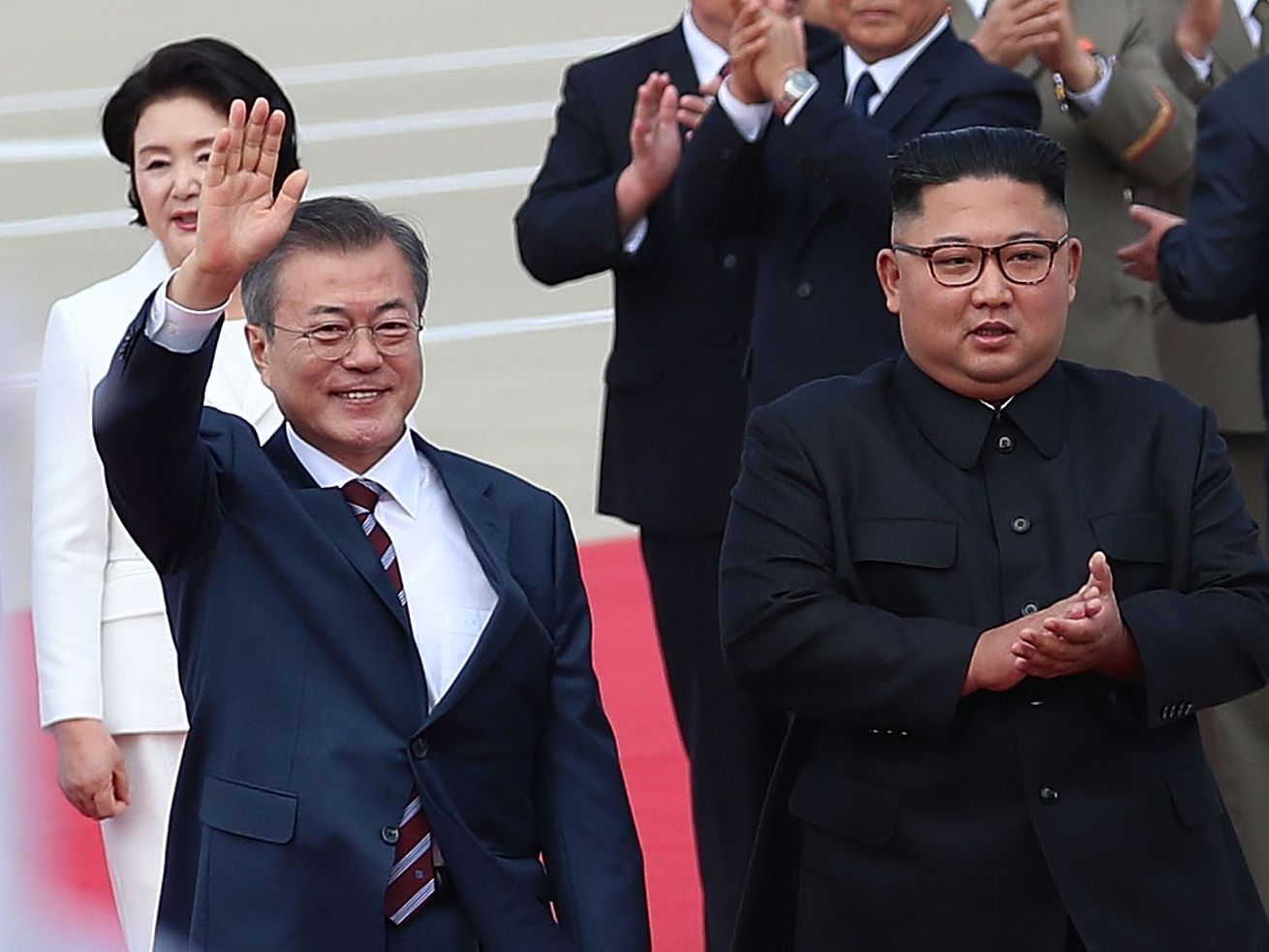 Hugs, flowers, and standing ovations marked the first day of the Pyongyang summit.

The leaders of North and South Korea, Kim Jong Un and Moon Jae-in, are meeting for a historic summit in Pyongyang — and it began as a deeply emotional event.

It’s the first time South Korea’s president has traveled to Pyongyang, and there’s good reason for Moon to have made the trip. Talks between North Korea and the United States over how to dismantle Kim’s nuclear arsenal have stalled, so Moon traveled north in part to get negotiations back on track.

But he’s also there to discuss sensitive matters in the Seoul-Pyongyang relationship, mainly how to live in peace despite the threat of nuclear war — and even possibly the reunification of the two countries that have remained formally split since 1945.

That’s what makes the images coming out of Pyongyang so stunning. Moon and Kim embraced, drove together through the streets of the city amid fanfare and waving flags, and have received standing ovations wherever they’ve gone. Of course, North Korean authorities usually threaten their citizens to act happy and appreciative when they’re near Kim, so it may not be as genuine as it appears.

Still, Moon is the son of North Korean refugees who escaped during the Korean War in the early 1950s. Seeing him go to Pyongyang and receive such a warm welcome is quite moving, and certainly a positive sign for relations between the two countries.

Here are some of the most powerful images of the historic event.

Kim embraces Moon upon his arrival

This is the third meeting between the two leaders, but it’s the first time they’ve met in the North Korean capital. And Kim made sure to warmly welcome his South Korean counterpart to his home.

They paraded through the streets of Pyongyang together

North Koreans along the Pyongyang streets shouted “Motherland! Reunification!” The message Kim wants to send to Moon is pretty clear: Working on peace between the two nations — and possibly the eventual reunification of the divided peninsula — is something Kim wants. At one point, a member of Kim’s team handed Moon some flowers.

WATCH: Kim Jong Un and Moon Jae-in receive a standing ovation after a performance at the inter-Korean summit in Pyongyang #tictocnews pic.twitter.com/ByJt5gWLoE

Both leaders took in a performance from the Samjiyon Orchestra in Pyongyang. When they were together, the crowd cheered them and gave them a standing ovation. It may have been scripted, but the scene was still powerful.

Moon signed a guest book on the first day of the three-day summit. “Peace and prosperity, the heart of the nation is one!” Moon wrote.