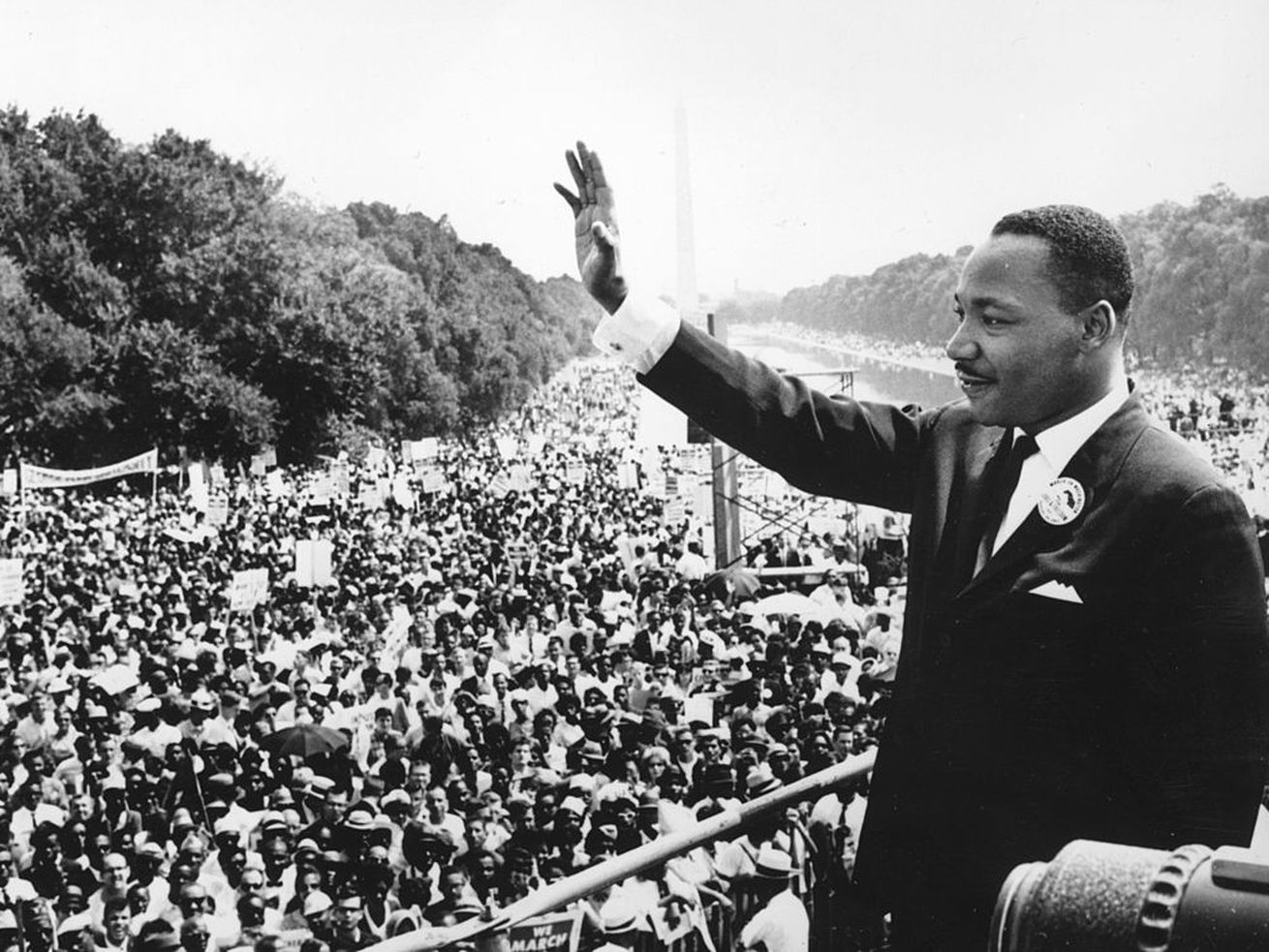 If you’ve attended an American elementary school in the last 30 years, you’re probably fairly familiar with Martin Luther King, Jr.’s historic speech, “I Have a Dream,” delivered at the 1963 March on Washington for Jobs and Freedom, 55 years ago today.

The march, held 100 years after Abraham Lincoln signed the Emancipation Proclamation, was capped by King’s powerful speech, setting the tone for a national movement for Civil Rights as the country’s own identity was in flux. The March was a turning point, merging the demonstrations for racial equality concentrated in southern states, with widespread discontent in the north, to a full, national movement.

Interestingly, the most iconic part of the speech, which most people remember, was not exactly prepared. The resounding finale to his speech (a version of which was delivered in Detroit two months prior) was improvised at the end of his prepared remarks about the unfulfilled promise of economic freedom for people of color. The Dream breaks from the central theme of the event — economic opportunity and equality — to sketch a broader vision of a nation where people are not “judged by the color of their skin but by the content of their character.”

Nevertheless, his words galvanized the 250,000 attendees and the millions of others watching from afar. Right there, King set the agenda for the next several years of activism. The sentiment behind his speech still echoes 53 years later, especially as people continue to fight income inequality, police brutality, and workplace discrimination.

The urgency of now

The march was a peaceful demonstration following months of unrest across the country. Earlier that summer, Alabama governor George Wallace fought against admitting black students to the University of Alabama, civil rights activist Medgar Evers was assassinated, and riots popped up in several cities. But even then, some (including the Kennedy administration) said a march would accomplish little, and that equality would come in due time:

This is no time to engage in the luxury of cooling off or to take the tranquilizing drug of gradualism. Now is the time to make real the promises of democracy. Now is the time to rise from the dark and desolate valley of segregation to the sunlit path of racial justice.

In the era that followed, King’s sense of urgency not only colored the movement for racial equality, but for that of gender equality and LGBTQ rights. Waiting for the majority to come around on these issues without challenging the status quo, as King said, is a losing tactic.

The need for allies

Instead, King draws on the building excitement of the movement to welcome and recruit others:

Fast forward five decades, and King’s words on the importance of allies remains key to change, whether it’s white allies standing up for the fair treatment of people of color, male allies for women and gender equality, or cisgender and straight allies for LGBTQ rights.

“We cannot be satisfied”

Many have said King’s declaration that sweltering August afternoon was a spark, not only for the movement, but for others who sat on the sidelines watching all the protests, sit-ins, boycotts and riots for the last decade.

And while the March on Washington was initially worrisome for the Kennedy administration, the White House embraced it. Two months before the march, President John Kennedy announced his plans for a civil rights bill as the country bubbled in the turmoil caused by Evers’ murder and race riots that ensued.

Watch the full speech below: