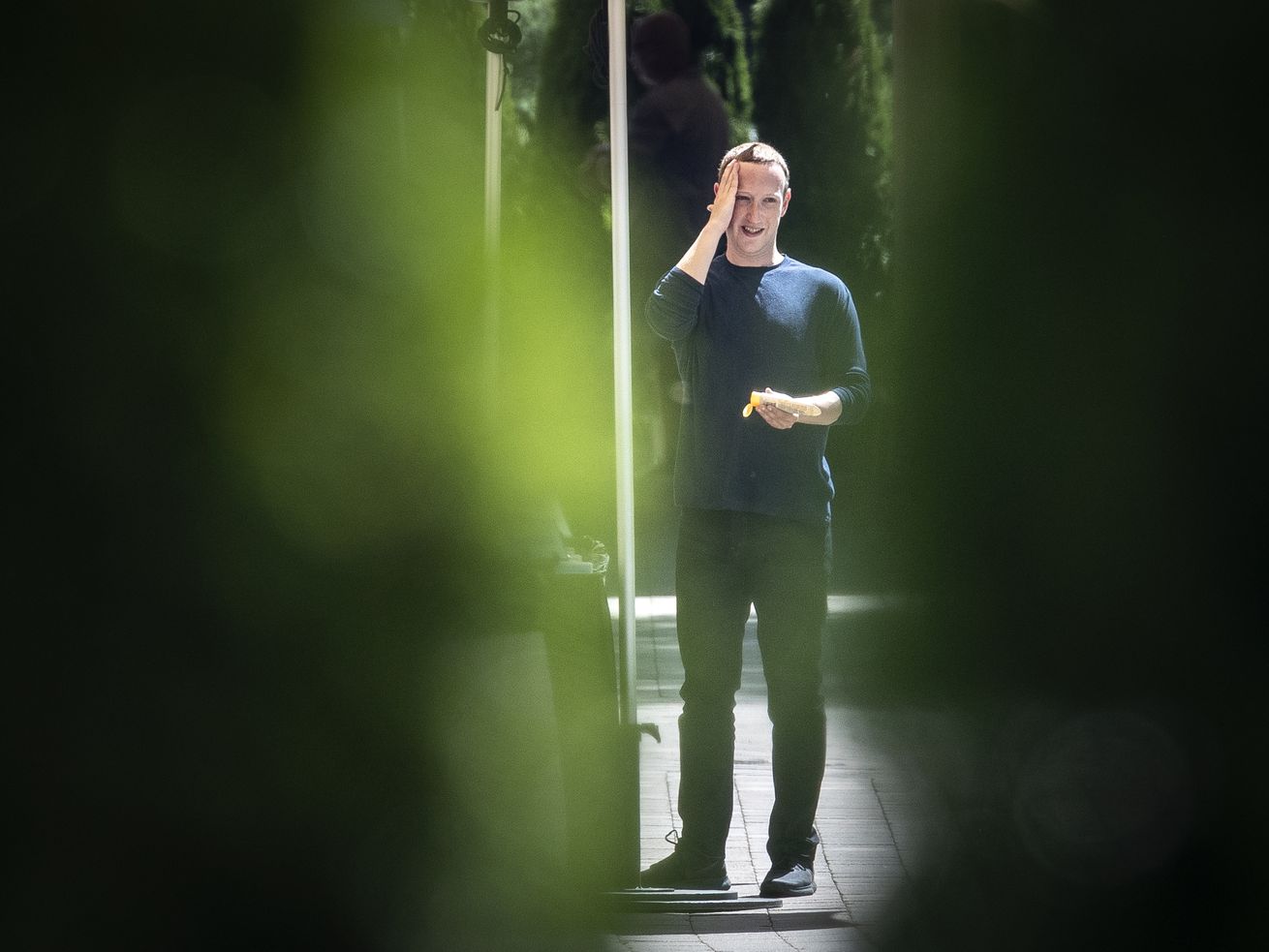 One of the leaked recordings of company discussions appears to be from an event for interns.

Facebook CEO Mark Zuckerberg is one of the most important people in the world. He’s quite visible, too. But he rarely speaks on a public stage with any kind of candor.

So the leaked audio published by The Verge on Tuesday of the executive addressing his company this summer is a very useful public service: You get to hear the Zuckerberg speaking on wide-ranging topics: Sen. Elizabeth Warren’s call to break up his company to his plans to compete with TikTok, the Chinese social network that exploded in popularity over the last year.

Zuckerberg’s comments have also proven useful for the Warren campaign, which is delighted to have the avatar of Big Tech to punch up against:

Let’s talk a bit about my plan to #BreakUpBigTech and why it’s got Mark Zuckerberg so worked up.

But note that Zuckerberg, while bemoaning the fact that his private conversations are now public, linked to The Verge’s piece via his Facebook page, calling the conversations an “unfiltered version of what I’m thinking.”

Another way of looking at it: It’s the leak itself, not the content of the leak, that’s important.

That’s because for more than a decade, Zuckerberg has been addressing thousands of his employees in weekly all-hands meetings, where he discussed all sorts of company business. And for years, very little of that information got outside to the press.

That’s extraordinary, given the outside world’s interest in Facebook, the number of people who had access to the meetings — and the fact that Facebook’s primary tool for enforcing a no-leak policy around the meeting amounted to a strong finger-wag, and an appeal to company culture.

“If we’re going to have this open culture, there’s a little bit of a pact [around not leaking secrets],” explained another former employee.

There are formal pacts as well. Facebook puts new employees through media training and warns them that they could be fired for leaking company info. And Zuckerberg routinely reminds Facebook employees that his weekly Q&As are meant to be private.

We spoke with more than a half-dozen current and former employees, and almost all of them mentioned peer pressure as a key motivator for keeping secrets secret.

“People would be pissed if someone else leaked something,” explained one former employee. “You don’t betray the family.”

So now someone has betrayed the family. What should we think now?

That depends on whom you ask. You can shrug at the leak, as this anonymous Facebook employee did when I talked to them Tuesday: “When you have a company this big [Facebook now has nearly 40,000 employees, per its most recent quarterly filing], it seems like it’s inevitable. Just statistically, it’s going to happen. I thought it was very cool that Mark posted the article. He’s saying in private what he would say in public.”

Or you can mark it as a major change in the company’s culture, brought on by the size of the company, or perhaps discontent at Facebook’s role in society, or … something, as a former Facebooker also told me Tuesday: “There was a covenant that kept this secret, and it has eroded over time. But this leak still a big deal. Everybody knew it was going to happen someday. But it happening is still an important event.”

One complicating factor in the analysis of the leak is that we don’t know who leaked the audio, and why they did it. It is possible, however, that the leaker wasn’t a fulltime Facebook employee, but a Facebook intern: Sources at the company say that while one of the meetings The Verge listened to was an all-hands meeting distributed throughout the company, the other one was an event hosted for the company’s interns this summer.

I asked my colleague Casey Newton for comment on the sourcing of the audio. Not surprisingly, he declined to comment. (I would have done the same, as would most journalists.)

Next question: Now that someone at Facebook has leaked, should we expect more? That’s obviously unanswerable. But a Facebook rep says the company has no plans to change the way it conducts all-hands meetings.