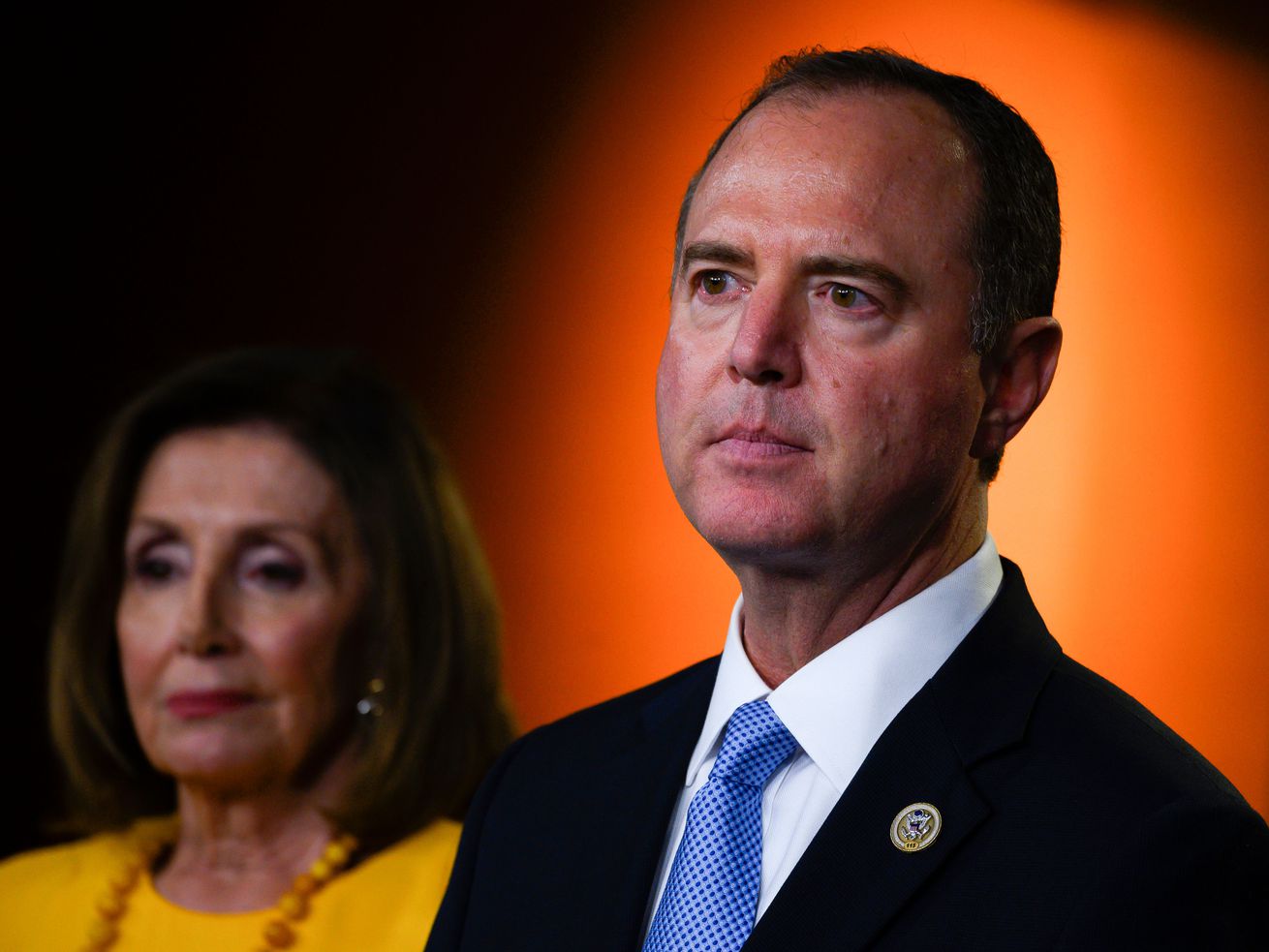 Rep. Adam Schiff said “unfiltered testimony” from the whistleblower will soon be given in a private hearing.

That whistleblower filed a formal complaint alleging Trump attempted to use “the power of his office to solicit interference from a foreign country in the 2020 U.S. election.” Reporting identified that country as Ukraine, and the solicitation to be a request to investigate former Vice President Joe Biden, who is currently a Democratic candidate for president.

Trump has acknowledged asking Ukrainian leaders to investigate Biden, arguing — without evidence — the former vice president worked to shield his son, Hunter Biden, from corruption investigations in that country. The White House has released a rough transcript of a conversation between Trump and Ukraine’s president that contains the request, but Trump maintains he has not done anything wrong. Nevertheless, the whistleblower’s allegations have spawned an impeachment inquiry in the House of Representatives.

The whistleblower’s testimony could shed light on a number of questions that still surround the complaint, including: who gave him information about the alleged solicitation (the complaint states the whistleblower learned of the matter from officials with direct knowledge of the president’s conversations, but that he did not witness the ask firsthand); what knowledge the whistleblower has of follow-up conversations between the US and Ukraine; and if he can add nuance to the allegation that the Trump administration worked to suppress potentially problematic presidential conversations a number of times.

Schiff said on ABC’s This Week that he expects the whistleblower to share information helpful to the committee’s ongoing investigation. “That whistleblower will be allowed to come in without a minder from the Justice Department or from the White House to tell the whistleblower what they can and cannot say; we’ll get the unfiltered testimony.”

NEW: Adam Schiff has reached agreement with whistleblower to come before House Intelligence Committee, he tells @ThisWeekABC, and says he expects to hear from the whistleblower “very soon.” https://t.co/S0bTTE1vKj pic.twitter.com/e7uJSxxyT8

The whistleblower — whose identity remains largely hidden — has signaled that he is open to testifying before both the House and Senate Intelligence Committees; Schiff said that while he and his colleagues are working to ensure the testimony happens “very soon,” they are doing so at a cautious pace to protect the whistleblower’s confidentiality, particularly in light of comments Trump made to staffers while at the UN on Thursday that were interpreted by some as a suggestion the whistleblower and those that contributed information to the complaint ought to be executed. Schiff also said the committee must wait for the acting director of national intelligence to issue security clearances to the whistleblower’s lawyers.

A September letter from the intelligence community’s inspector general to Rep. Adam Schiff, chair of the House Intelligence Committee, said the whistleblower’s complaint “relates to one of the most significant and important of the [director of national intelligence’s] responsibilities to the American people.”

It has since been released — first to members of Congress, and then in redacted form to the public. Many congresspeople called it troubling, with Rep. Mike Quigley (D-IL) saying it “reinforces our concerns” and is “deeply disturbing.” After reviewing the document, Sen. Ben Sasse (R-NE) said, “Republicans ought not to be rushing to circle the wagons to say there’s no there there when there’s obviously lots that’s very troubling there.” A number of the complaint’s allegations — including its central claim that Trump asked a foreign government to investigate a rival — seemed to be corroborated by a memo the White House released of a call between Trump and Ukrainian President Volodymyr Zelensky.

Democrats were concerned after reading reports of the complaint’s contents that Trump attempted to coerce Zelensky into investigating Biden by withholding military aid the country needs to fight Russian actors. Despite having been approved by Congress, that aid was repeatedly frozen ahead of Trump’s call with Zelensky, and only finally released in September.

The whistleblower’s complaint did not say definitely whether its author had evidence Trump froze the aid for quid pro quo purposes; the president has strongly denied doing so, but the timing of the delay and the fact that, in the rough transcript provided by the White House, Trump asks Zelensky to do him a “favor” — right after the Ukrainian president brings up weapons — has led Trump’s critics to question his motives. When the whistleblower testifies, Democrats on Schiff’s committee will likely try to gain information about this element of the scandal, and work to extract leads from the whistleblower that might allow them to confirm or refute allegations of quid pro quo.

For example, Sen. Chuck Grassley (R-IA) told Vox, “What’s concerning to me is it’s based upon secondhand and third-hand reports … so you got to get more facts behind it;” Sunday, Sen. Lindsey Graham (R-SC) called the allegations “hearsay.”

Questions have also been raised about the whistleblower’s political affiliation, with Republicans arguing the individual is biased; on CNN’s State of the Union Sunday, Rep. Jim Jordan (R-OH) referred to the whistleblower as “a bureaucrat who didn’t like the president” in reference to a letter the intelligence community’s inspector general sent to the acting director of national intelligence that read: “Although the [inspector general of the intelligence community’s] preliminary review identified some indicia of an arguable political bias on the part of the Complainant in favor of a rival candidate, such evidence did not change my determination that the complaint relating to the urgent concern ‘appears credible.’”

The second part of that statement has largely been ignored by the president’s defenders, and it is not clear what the inspector general meant by rival candidate — whether that referred to a Republican rival in the 2016 primary like Sen. Marco Rubio, or whether it refers to support for a Democrat like Joe Biden.

The testimony will be private: this will allow the whistleblower to remain anonymous, but also give the committee an opportunity to question him about the sections of the complaint that remain classified. A closed door, wide-ranging testimony from the whistleblower could serve as a helpful roadmap for Democrats as they move forward with their impeachment inquiry, something party leaders have signaled is a priority, with the House Intelligence Committee staying in Washington to work on whistleblower-related concerns during a congressional recess.

The chairs of the House Intelligence, Oversight, and and Foreign Affairs Committees have already begun scheduling hearings with key officials, including former US Special Representative to Ukraine Kurt Volker and the inspector general of the intelligence community, Michael Atkinson. The committees also subpoenaed documents from Secretary of State Mike Pompeo on Friday. Schiff has promised “more subpoenas and investigatory steps” will be announced in the days to come, the whistleblower’s testimony being perhaps chief among these.