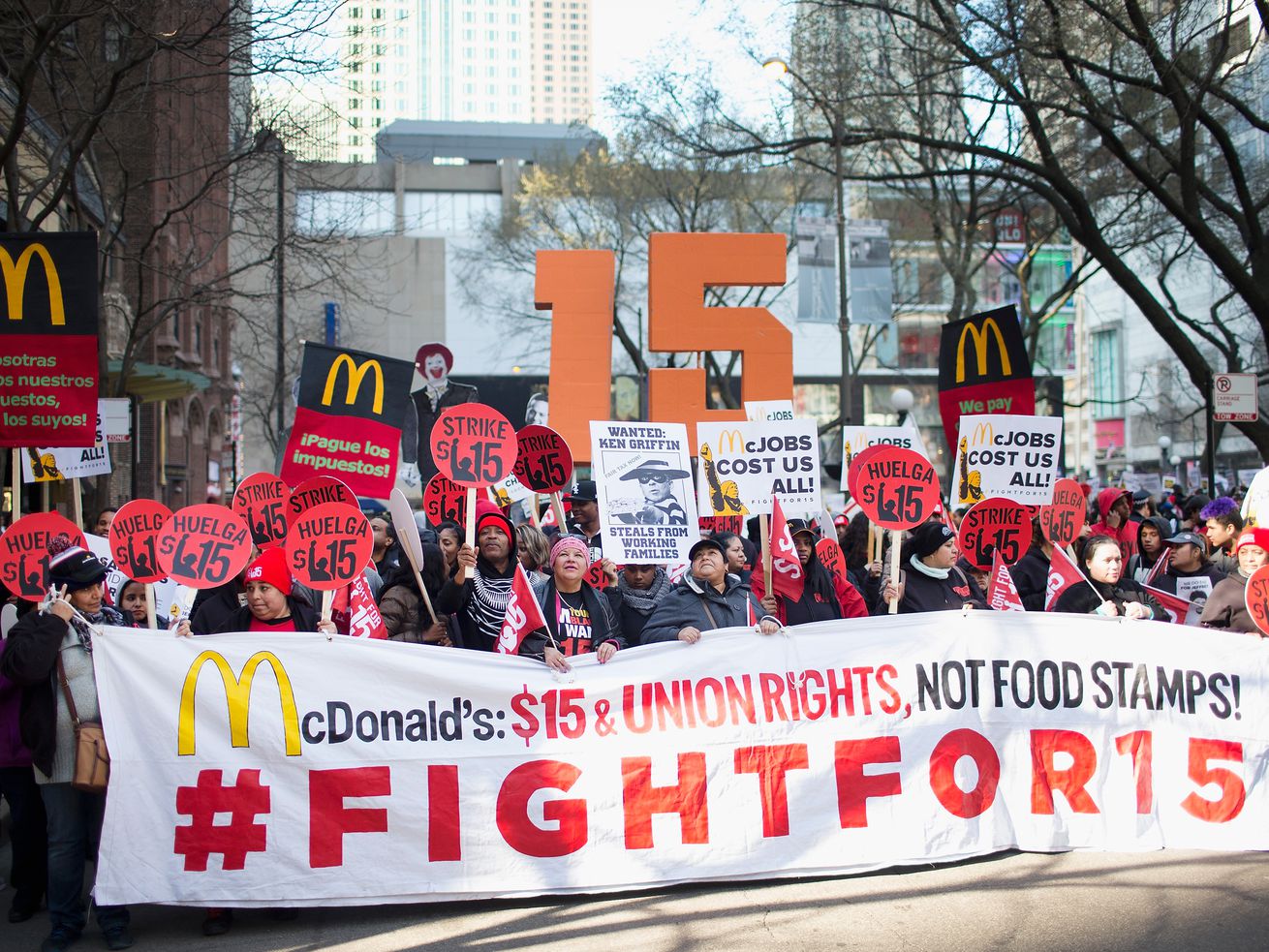 Public support for unions is high. But that doesn’t necessarily help unions grow.

The American public is feeling warmly toward labor unions again, after souring on them badly during the start of the Great Recession.

A new Gallup poll finds support for unions is about as high as it’s been in 50 years, but while that is surely welcome news for labor leaders, that favorable opinion hasn’t necessarily translated into any expansion in their ranks.

It can be remarkably difficult to form a labor union in the United States, particularly in places like the Republican-led states that have sought to restrict collective bargaining rights with “right to work” laws in recent years; corporations are also inherently hostile toward them. And a new economy veering toward monopoly and individual contracting has helped stifle labor growth.

In doing so, they are picking up on something real: The public’s approval of labor unions had fallen below 50 percent in 2009, but Gallup has found it now sits at a healthy 64 percent following the worst crisis of confidence for the labor movement in a generation.

American workers typically feel best about unions when unemployment has been low for a while, as it has been for the past few years. The unemployment rate has settled now under 4 percent after topping 10 percent in 2010.

“People feel better about unions when labor markets are tighter and there is less fear of being laid off,” Rich Yeselson, a longtime labor activist and contributing editor at Dissent, told Vox.

Another likely driver of positive union sentiment is young workers who are more open to social democratic ideas, Jake Rosenfeld, a sociology professor at Washington University in St. Louis, explained. And very public gains won by recent union actions at young media companies, like Vox, as well as strikes by teachers and corporate employees that have put the labor movement back in the news could also help explain the spike in support. The corporate strikes, like the one by Stop & Shop employees, and teacher strikes, like this January’s in LA, have also generally enjoyed public approval.

The question is if the good feelings are going to last, particularly given the recent talk about whether the US economy is currently at risk of recession. Historically speaking, that would not bode well for labor. Support for unions fell during the Great Recession and in the economic downturn during the 1980s.

“When unemployment spikes, many blame businesses (understandably) but also organized labor,” Rosenfeld said. “It seems clear that non-union workers look to their unionized peers with resentment during tough economic times (aided by enterprising anti-union politicians). And some may blame unions for part of the economic mess — this was a clear narrative about the auto industry in the debates about whether to bail it out, for example.”

The other bad news about the good news for unions

There is one other important takeaway from this good union polling: Just because Americans are feeling more positive about unions doesn’t mean it’s necessarily getting any easier to form a union in the United States.

“Union support is not translating into increased union density — yet, anyway,” Yeselson said. “The structural challenges to organizing unions are overwhelming in the US.”

Corporations generally are antagonistic toward their workers organizing, even if they decide to recognize and negotiate with the union. (Disclosure: I am a member of a union that recently ratified its contract with management.)

But on top of that, some states have made it harder for certain workers to unionize or limited what contract provisions can be negotiated between unions and management. Six Republican-led states have passed right-to-work legislation since 2010, including Michigan, Wisconsin, West Virginia, and Kentucky — all with a notable history of labor activism. These right-to-work laws make unionizing difficult in part because they make union membership optional for workers in the theoretical bargaining unit. This weakens unions and their bargaining power by depleting their financial resources as ostensibly, workers no longer have to pay union dues to enjoy union benefits.

The union membership rate in America has fallen steadily, from 20.1 percent in 1983 to 10.5 percent in 2018, after another (small) drop in 2017. One-third of public employees are union members, but the rate is much lower (6.4 percent) for workers in the private sector, as has historically been the case.

The progressive left is centering workers’ issues in the 2020 presidential primary. Sanders said his platform could double union membership by ending “at will” employment and forming wage boards for entire industries, as Vox’s Tara Golshan covered. Warren, going in a different direction, has proposed giving workers a seat on corporate boards.