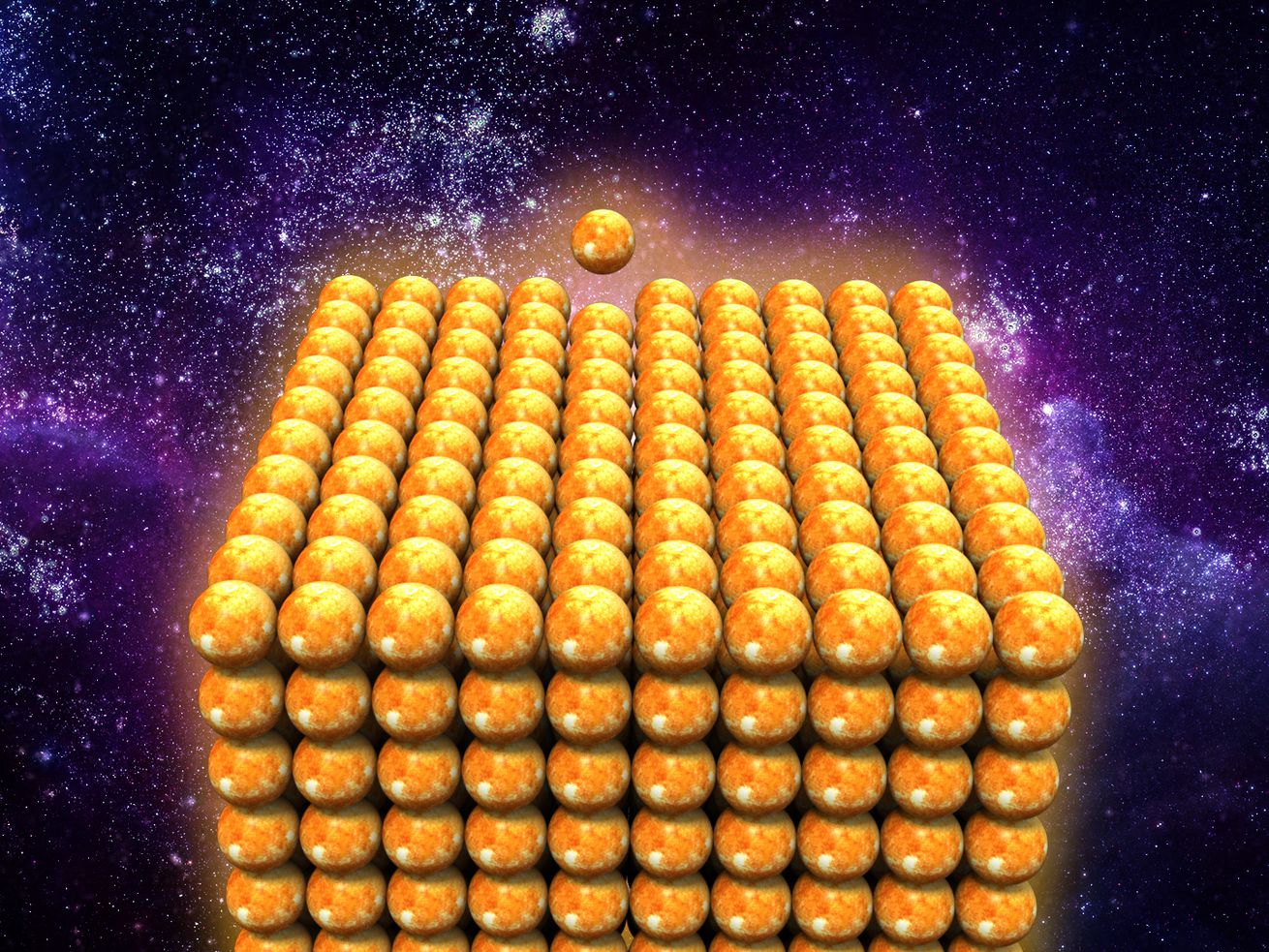 The Milky Way has a mass of 1.5 trillion suns. We have no idea what most of it is made of.

Something weird is happening in our galaxy: It’s spinning fast enough that stars ought to be flying off, but there’s something holding them together.

The substance that acts as a gravitational glue is dark matter. Yet it’s incredibly mysterious: Because it doesn’t emit light, no one has ever directly seen it. And no one knows what it’s made of, though there are plenty of wild hypotheses.

For our galaxy — and most others — to remain stable, physicists believe there’s much, much more dark matter in the universe than regular matter. But how much?

It’s not an easy thing to do. For one, it’s difficult to measure the mass of something we’re inside of. The Milky Way galaxy measures some 258,000 light-years across. (Recall that one light-year equals 5.88 trillion miles. Yes, the galaxy is enormous.) And an abundance of stars and gas obscures our view of the galactic center. The team of astronomers essentially measured the speed of some objects moving in our galaxy and deduced the mass from there (the more massive the galaxy, the faster the objects should move.)

Their answer: The galaxy weighs around 1.5 trillion solar masses. This number helps put in perspective how very small we are.

Take, for instance, where stars in the Milky Way fit in.

If you’re lucky enough to get a completely dark, clear sky for stargazing, it’s possible to behold as many as 9,000 stars above you. That’s how many are visible to the naked eye. But another 100 billion stars (or more) are out there just in our own Milky Way galaxy — yet they’re just 4 percent of all the stuff, or matter, in the galaxy.

Another 12 percent of the mass in the universe is gas (planets, you, me, asteroids, all of that is negligible mass in the grand accounting of the galaxy). The remaining 84 percent of the matter in the galaxy is the dark matter, Laura Watkins, a research fellow at the European Southern Observatory, and a collaborator on the project, explains.

As a visual metaphor, we’ve constructed a tower of mass. You’ll see that all the stars in the galaxy just represent a searchlight at the top of the building. The vast majorities of the floors, well, no one knows what goes on in there.

The mass of the Milky Way, visualized

This is the Earth compared to the sun. The sun is 333,000 times more massive than Earth.

Now let’s try to imagine the mass of the 100 billion stars (or more) stars in the Milky Way galaxy.

Another 12 percent of the mass in the galaxy is just gas floating between stars (mostly hydrogen and helium).

Here’s what the gas looks like using this same visual scale.

What about black holes? “It’s a bit harder to put an exact number of how much they contribute to the total mass, as we don’t know how many there are, but it will be a very, very very small fraction,” Watkins explains. “The supermassive black hole at the center of the Milky Way is around 6 million solar masses,” which is really tiny on the scale of the entire mass of the galaxy.

And it’s tiny on the scale of the most abundant, mysterious matter in the galaxy: the dark stuff. Again: 84 percent of the galaxy is made up of dark matter.

Dark matter doesn’t seem to interact with normal matter at all, and it’s invisible. But our galaxy, and universe, would fall apart without it.

Scientists hypothesized its existence when they realized that galaxies spin too quickly to hold themselves together with the mass of stars alone. Think of a carnival ride that spins people around. If it spun fast enough, those riders would be ripped off the ride.

Accounting for “dark matter,” and the gravity it generates, made their models of galaxies stable again. There’s some other evidence for dark matter, too: It seems to produce the same gravitational lensing effect (meaning that it warps the fabric of spacetime) as regular matter.

Now let’s try to visualize the mass of dark matter, compared to the mass of stars and gas.

And remember: This is just our galaxy. There are some hundreds of billions of galaxies in the universe.

Also remember that dark matter isn’t even the biggest mystery in the universe, in terms of scale. Some 27 percent of the universe is dark matter, and a mere 5 percent is the matter and energy you and I see and interact with.

What you can see in the night sky might seem enormous: the thousands of stars, and solar systems, to potentially explore. But it’s just a teeny-tiny slice of what’s really out there.