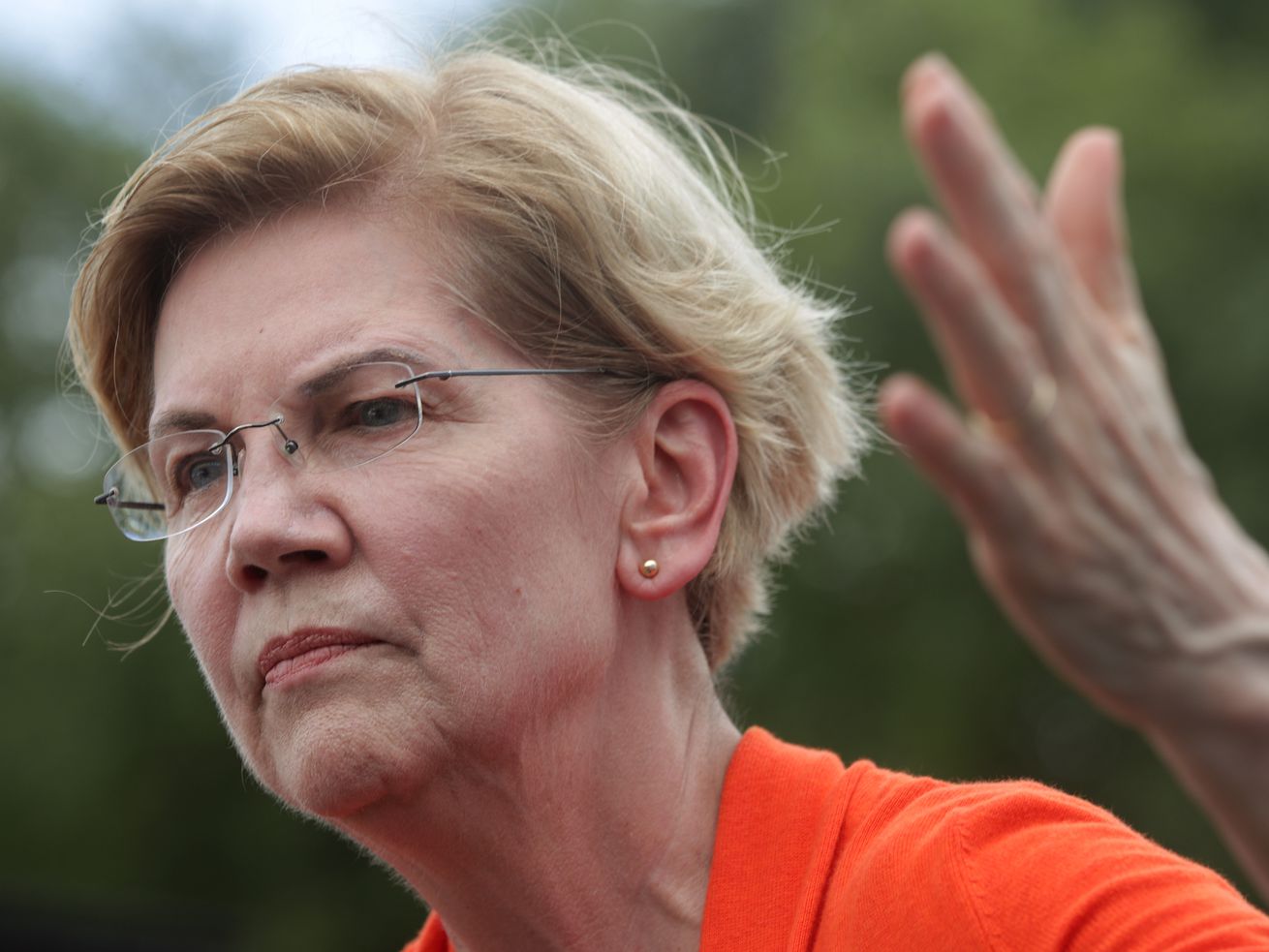 The tweets claimed a police officer “murdered” Michael Brown. But that’s not what investigators, including those from the Obama administration, concluded.

But the evidence, including a report released by President Barack Obama’s Department of Justice, says otherwise.

The protests in Ferguson drew national attention to the real problem of police violence and racial bias nationwide — the bigger movement Harris and Warren acknowledged with their tweets. Justice Department investigations after the shooting, though, found that the officer who shot Brown was legally justified, even if the police department that he worked in had serious problems with racial bias and violence.

The Brown shooting became a national story almost immediately on August 9, 2014, triggering protests and riots in Ferguson over accusations of racist and racially biased policing against the city’s police department. The protesters claimed, based on some eyewitness testimony, that Brown raised his hands up before Wilson shot him anyway — which gave way to the mantra of “hands up, don’t shoot.”

Warren and Harris reiterated the protesters’ narrative in two separate tweets on the five-year anniversary of the shooting, using the moment to call for action against systemic racism and police violence.

5 years ago Michael Brown was murdered by a white police officer in Ferguson, Missouri. Michael was unarmed yet he was shot 6 times. I stand with activists and organizers who continue the fight for justice for Michael. We must confront systemic racism and police violence head on.

Michael Brown’s murder forever changed Ferguson and America. His tragic death sparked a desperately needed conversation and a nationwide movement. We must fight for stronger accountability and racial equity in our justice system.

But the Justice Department’s 2015 report contradicted many of the protesters’ claims, finding that Wilson likely did have reason to fear for his life and didn’t violate the law in shooting Brown. The Warren and Harris campaigns did not return requests for comment.

The tweets expose the fine line that Warren, Harris, and others calling attention to police brutality have to walk. Individual police shootings and killings can and do help draw attention to genuine, broader issues surrounding police violence and systemic racism. But because the original narrative around the shootings can simply turn out to be wrong as we get more evidence, there’s a risk that attaching calls for reform too much to individual shootings and killings can backfire.

The response to the Warren and Harris tweets, from conservative and more progressive commentators, demonstrates that risk: Because Warren and Harris got the details of the Brown shooting wrong, their bigger message about policing and racism has gotten lost on social media in a sea of criticism over the facts of the shooting.

After Wilson stopped Brown for walking in the middle of the street, the officer reportedly realized Brown was a robbery suspect who stole cigarillos from a nearby convenience store. Wilson attempted to stop Brown, and both men had a physical altercation at the officer’s SUV. Wilson then opened fire from his vehicle. Brown ran, turned around, and Wilson fired more shots, supposedly out of fear that Brown was charging at him.

Brown died about 150 feet from Wilson’s vehicle. He was shot six times. No gunshot was confirmed to hit Brown from behind.

The physical evidence suggested that Brown reached into Wilson’s car during their physical altercation and, very likely, attempted to grab the officer’s gun. The most credible witnesses agreed that Brown moved toward Wilson before the officer fired his final shots — and there simply wasn’t enough evidence, especially given the struggle at the car, that Wilson wasn’t justified in fearing for his life when he fired the shots that killed Brown.

Although some credible witnesses suggested Brown raised his hands up before he died, witnesses who disputed major parts of Wilson’s side of the story were discredited by the physical evidence and when they changed their accounts.

The report said all this was “corroborated by bruising on Wilson’s jaw and scratches on his neck, the presence of Brown’s DNA on Wilson’s collar, shirt, and pants, and Wilson’s DNA on Brown’s palm.”

Given that Wilson’s account is corroborated by physical evidence and that his perception of a threat posed by Brown is corroborated by other eyewitnesses, to include aspects of the testimony of Witness 101 [Brown’s friend], there is no credible evidence that Wilson willfully shot Brown as he was attempting to surrender or was otherwise not posing a threat. Even if Wilson was mistaken in his interpretation of Brown’s conduct, the fact that others interpreted that conduct the same way as Wilson precludes a determination that he acted with a bad purpose to disobey the law. The same is true even if Wilson could be said to have acted with poor judgment in the manner in which he first interacted with Brown, or in pursuing Brown after the incident at the SUV. These are matters of policy and procedure that do not rise to the level of a Constitutional violation and thus cannot support a criminal prosecution.

In other words, this wasn’t a murder or a federal civil rights violation, based on the evidence we have.

That’s not to say that the Justice Department exonerated the whole Ferguson Police Department. Another report released at the same time uncovered a pattern of racial bias in the Ferguson Police Department, and it argued that the disparities could only be explained, at least in part, by unlawful bias and stereotypes against African Americans. In particular, the police department largely seemed to be used by the local government as a revenue-generating operation that disproportionately stopped, ticketed, and fined black residents.

It’s these kinds of racist operations that likely fueled local resentment toward the police department, making Ferguson a tinderbox for protests and riots — one that ignited when news of the Brown shooting spread. Even if Wilson wasn’t as guilty as many believed him to be, his employers certainly were.

The dual reports have led many commentators, from the progressive Ta-Nehisi Coates to the conservative David French, to write that Wilson was innocent, but the Ferguson Police Department was not. As Coates wrote at the time:

Darren Wilson is not the first gang member to be publicly accused of a crime he did not commit. But Darren Wilson was given the kind of due process that those of us who are often presumed to be gang members rarely enjoy. I do not favor lowering the standard of justice offered Officer Wilson. I favor raising the standard of justice offered to the rest of us.

Five years after the shooting, though, major presidential campaigns are still getting the details wrong.