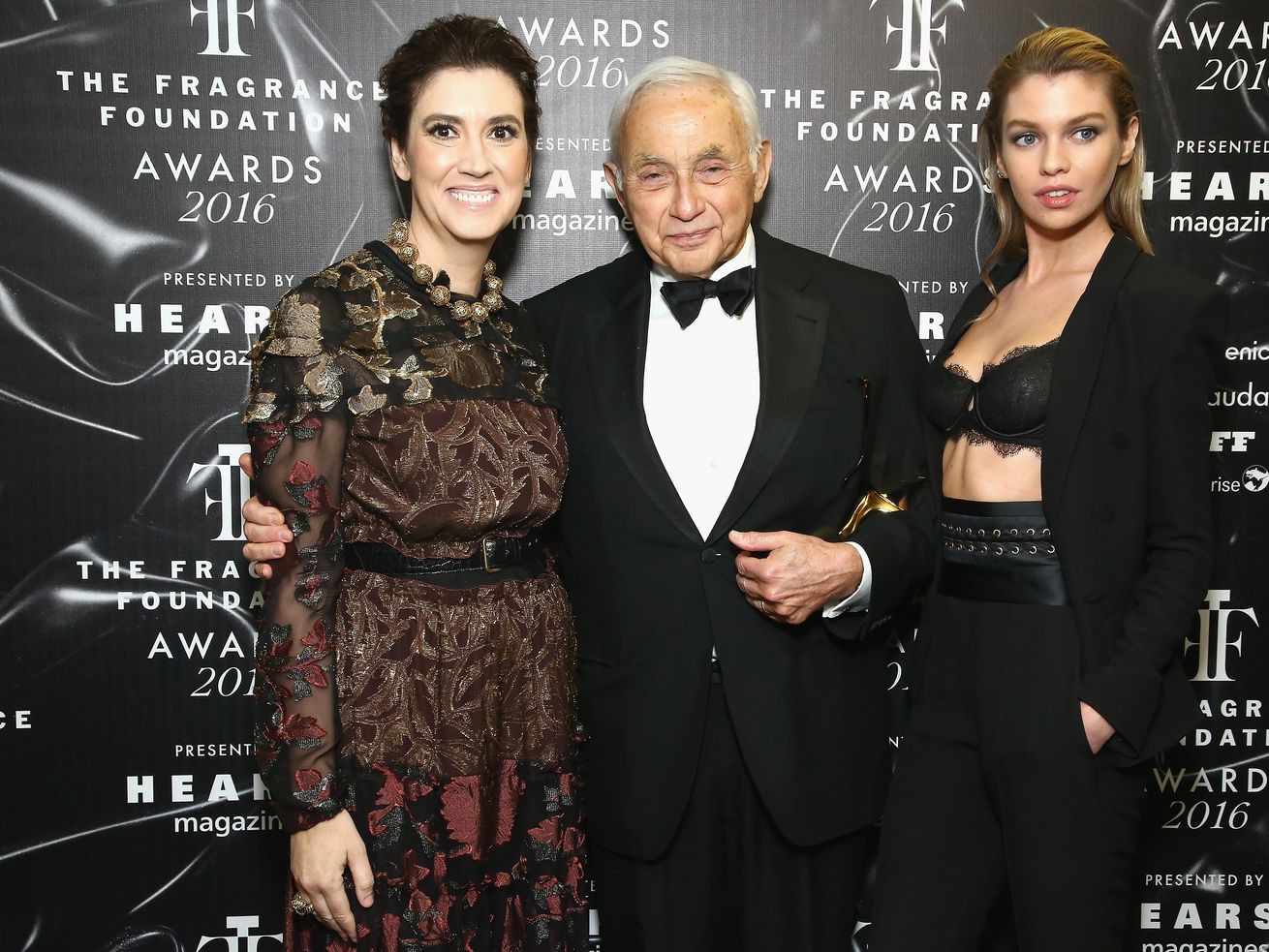 For at least a decade, the man behind Victoria’s Secret and The Limited was the disgraced financier and accused sex trafficker’s only known client.

Updated July 26 with information from a New York Times report.

Among the many appalling allegations and reports of shady business dealings coming out about Jeffrey Epstein, the money manager arrested July 6 on federal sex trafficking charges, one name keeps cropping up: Leslie H. Wexner.

Wexner is the founder, chair, and CEO of L Brands, the Ohio-based conglomerate that owns Victoria’s Secret, Pink, and Bath & Body Works. He’s worth $4.8 billion, according to Forbes, and for at least a decade he was Epstein’s only publicly known client. (Wexner himself hasn’t been accused of any wrongdoing, and according to a spokesperson, he severed ties with the financier over a decade ago.)

A new report from the New York Times reveals that, in May 1997, Jeffrey Epstein posed as a talent scout for Victoria’s Secret, the multi-billion-dollar lingerie giant owned by Les Wexner’s L Brands, in order to lure a model named Alicia Arden to his hotel room. There, according to a police report filed with the Santa Monica Police Department and obtained by the Times, he told her to undress, groped her, and said he wanted to “manhandle” her.

It wasn’t until Epstein was in the news more than a decade later — pleading guilty to federal charges in Florida for soliciting prostitution from a minor — that she realized he had never worked for the company, she said. Two former L Brands executives also told the paper that they had learned in the mid-1990s that Epstein was trying to get involved in recruiting models for the Victoria’s Secret catalog, side-stepping professional agencies. They alerted Wexner, who promised to handle the issue.

L Brands’ board of directors has “engaged outside counsel to conduct a thorough review” of Epstein’s connections with Wexner and the company, a spokesperson told CNN Friday. (The company is publicly traded.)

Even by the standards of privacy-obsessed billionaires, Epstein’s business practices are shrouded in mystery. (Also, he may not actually be a billionaire himself, per Forbes, despite the many headlines that label him as such.) In a 2002 New York magazine story, a prominent investor suggested that many of his reported claims (employing a staff of 300, managing Rockefeller money) were pure bluster: “It’s like looking at the Wizard of Oz — there may be less there than meets the eye.”

The Wexner link, though, is well documented. SEC filings from the early 1990s through the mid-2000s list Epstein as one of three trustees of The Wexner Foundation, as well as several of Wexner’s other prosaically-named charitable organizations, including Arts Interests, Health and Science Interests, Health and Science Interests II, The Wexner Children’s Trust II, and International Charitable Interests. The relationship appears to have been mostly concerned with Wexner’s personal business matters, rather than his retail empire, but executives at The Limited were aware of Epstein’s influence.

”Everyone was mystified as to what his appeal was,” Robert Morosky, one of the company’s former vice chairs, told Vanity Fair in a 2003 profile of Epstein. “He literally came out of nowhere,” said another executive.

Epstein also obtained his Manhattan residence — a seven-story, 21,000-square-foot mansion that’s been called one of the city’s largest private homes — through Wexner, who purchased the property in 1989 for $13.2 million, furnished it lavishly, and yet “never spent more than two months there,” according to a 1996 interview Epstein gave to the New York Times.

At the time, Epstein told the paper that the home was his, though property records show that the deed wasn’t officially transferred until December 2011. Records also indicate that no money was exchanged in the transaction, which transferred ownership of the property to Maple Inc., a Virgin Islands-based trust controlled by Epstein. There were rumors that Epstein purchased the mansion from Wexner for just one dollar. (Though a person with knowledge of Wexner’s finances told the New York Times that Epstein paid $20 million.)

Now, prosecutors want to seize the Upper East Side mansion. According to an indictment unsealed shortly after the arrest, the home was one of several sites where Epstein “sexually exploited and abused dozens of minor girls,” and a raid by investigators uncovered “hundreds — and perhaps thousands — of sexually suggestive photographs,” including some that appeared to be of underage girls.

This isn’t his first encounter with law enforcement, either: in 2007, he was indicted in Florida for soliciting sex from girls as young as 14, though a Miami Herald investigation revealed that he served only 13 months in a county jail for the crime, much of which he spent at a nearby office on “work release.” The last of Wexner’s SEC documents in which Epstein is named as a signatory are dated 2005, the same year that the Palm Beach police were alerted to the financier’s abuse of underage girls, according to the Herald. In 2008, Wexner hired former J.P. Morgan executive Dennis Hirsch to handle many of the trusts that were once in Epstein’s purview.

On July 8, the 66-year-old pleaded not guilty to the new federal charges; if convicted, he could face 45 years in prison.

Wexner, meanwhile, has built his empire from his home in New Albany, Ohio, a tony suburb of Columbus, where L Brands is headquartered. Today, the company has more than 80,000 associates and recorded sales of $13.2 billion in 2018, even with Victoria’s Secret’s much-publicized struggles.

In 1963, though, Wexner started the business with a $5,000 loan from his aunt, opening a single store called the Limited, which bucked the department store model by carrying only a relatively small selection of merchandise, focusing on fast-moving pieces like pants and blouses. A decade in, he operated 41 stores and was moving $26 million worth of clothing per year; a decade after that, the business had grown a hundredfold, catapulting Wexner into the ranks of America’s billionaires.

By then he had also expanded his portfolio of stores, capitalizing on the heyday of shopping malls first with the 1980 launch of Express, which catered to a slightly younger clientele than the Limited, and then with the 1982 purchases of Lane Bryant and Victoria’s Secret. While the former was already a major chain with more than 200 stores, the lingerie retailer had only six locations and was on the verge of bankruptcy when Wexner swooped in. Likewise, when the company bought Abercrombie & Fitch for $47 million in 1988, the century-old chain — at the time an outdoor specialty retailer — had already gone bankrupt once.

Wexner, though, was exceptionally skilled at turnarounds. One competitor called him ‘’the greatest merchandising talent in America,” while the Times christened him “a rag-trade revolutionary” and “the Merlin of the mall.” He took the boudoir aesthetic that had been the brainchild of Victoria’s Secret founder Roy Raymond and ran with it, building it into a billion-dollar business by the early ’90s. He overhauled Lane Bryant on the (radical?) idea that, “Big women are just like every other woman. They read the same books, watch the same TV, and fall in love with Burt Reynolds just as fast. They want to look like their smaller friends.”

If he had gotten his way, he would have bought out the owner of Bergdorf Goodman and Neiman Marcus, but both hostile takeover bids were unsuccessful.

In 1992, he installed Mike Jeffries as CEO of Abercrombie & Fitch, ushering in an era of half-naked co-eds and skyrocketing sales, which eventually gave way to controversies and lawsuits. One suit in 2010 revealed the company’s “Aircraft Standards” manual, which included a dress code for the four male models that staffed the corporate jet, down to branded boxer briefs. Its notorious campaigns — which tended to feature young, muscular men in various states of undress — have also come under fire in the #MeToo era, after several male models accused photographer Bruce Weber of sexual misconduct on set. (Weber has repeatedly denied the allegations.)

L Brands exited Abercrombie shortly after it went public in 1996, but by then, Wexner’s reputation as a retail power broker was already well established.

His relationship with Epstein dates back to the late 1980s, according to the profiles in New York magazine and Vanity Fair. The former, which refers to Wexner as the money manager’s “patron and mentor,” says Epstein was tasked with getting the finances in order for Wexner’s real estate development projects in New Albany, as well as serving as the go-between for various celebrity visits.

Epstein told Vanity Fair reporter Vicky Ward in 2003 that the two were introduced through insurance executive Robert Meister and his late wife, though his account of when the meeting took place shifted. As he told it, the partnership was something of a meeting of the minds: “People have said it’s like we have one brain between two of us: each has a side.”

The pair may not have been aligned politically: Wexner was a major donor to the Republican Party until President Donald Trump’s election, when he began to speak out about Trump’s comments on immigration and white supremacists. During the 2016 campaign, he compared Trump and rival Hillary Clinton to the Roman emperors Nero and Caligula. “On the one hand, you can choose somebody who’s absolutely nuts or somebody who’s probably very selfish and dishonest,” he said. (In September 2018, Wexner announced that he was leaving the party to become an independent.)

Epstein, meanwhile, flew then-President Bill Clinton on his private jet on several occasions in the early 2000s and donated $25,000 to the Clinton Foundation through a charity he headed. He was also chummy with Trump, who called Epstein a “terrific guy” in the 2002 New York magazine profile, saying, “He’s a lot of fun to be with. It is even said that he likes beautiful women as much as I do, and many of them are on the younger side.” Following the financier’s arrest, though, the president reversed course in an Oval Office interview with reporters, saying the two had a falling out and hadn’t spoken in 15 years. “I was not a fan of his, that I can tell you,” he said.

Despite these differences, Wexner said their connection hinged on complementary skill sets: “I think we both possess the skill of seeing patterns. But Jeffrey sees patterns in politics and financial markets, and I see patterns in lifestyle and fashion trends.” Sources told Ward that Epstein took on a jack-of-all-trades role working for the retail titan, cleaning up his investments, streamlining budgets, and firing staff members when needed. He took on messy legal battles related to the construction of Wexner’s yacht and a $339,900 family portrait painted of Wexner’s wife and children.

“Wexner likes having a hatchet man,” one said. “Whenever there is dirty work to be done he’d stick Jeffrey on it. … He has a reputation for being ruthless but he gets the job done.”

Sign up for The Goods newsletter. Twice a week, we’ll send you the best Goods stories exploring what we buy, why we buy it, and why it matters.