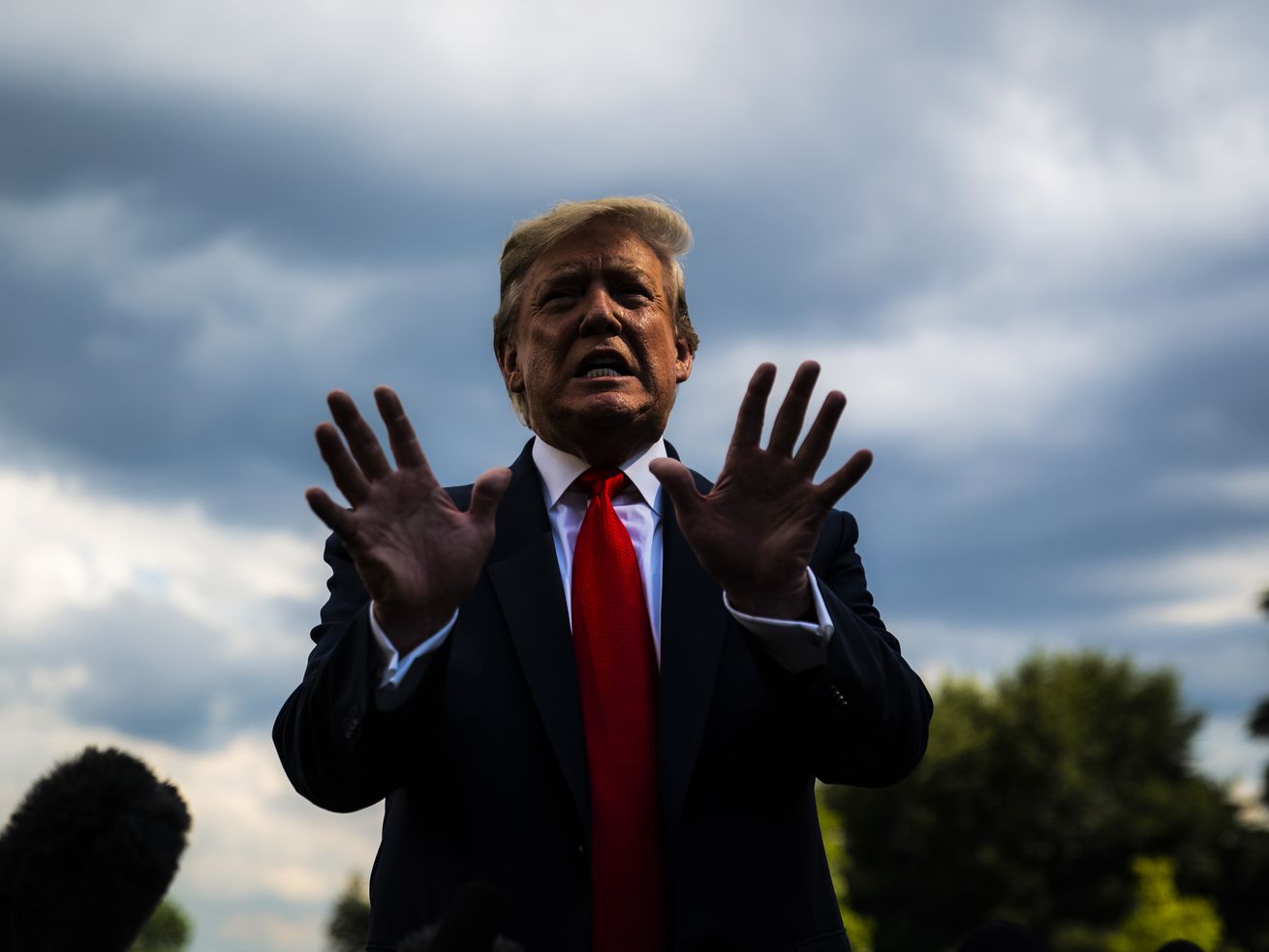 Despite an impeachment push from a high-profile committee chair, some Democrats fear their window is closing.

Despite a suggestion from one of the committee chairs who oversaw Mueller’s double testimony, Jerry Nadler, that drafting up articles of impeachment could be a next step, House Speaker Nancy Pelosi said the time is still not right because Democrats have some subpoenas tied up in the courts, awaiting a decision.

“We still have some outstanding matters in the courts,” Pelosi said at a press conference following Mueller’s testimony. “The subpoenas are for information and when we get that information, we can make a judgment. It isn’t endless but would strengthen our hand to get that information.”

That’s causing some House Democrats to question: If not now, when?

Despite Pelosi’s reassurance that this wouldn’t be an “endless” process, members of her caucus are becoming impatient, and a growing group of more than 90 lawmakers believe an impeachment inquiry would also strengthen Democrats’ hand. In a hastily called Democratic caucus meeting after Mueller’s testimony, Nadler, the House Judiciary Committee chair, suggested committee chairs start drafting articles of impeachment as a possible next step, Rep. Jared Huffman (D-CA) told reporters.

Nadler told Vox he would not comment, but a person in the room clarified his comments in the caucus meeting came after lawmakers raised technical questions about next steps, rather than Nadler actively trying to gin up support for articles of impeachment.

Nadler, who’s staring down a primary against a stridently pro-impeachment challenger, is a high-profile advocate for an impeachment inquiry within the caucus — though he’s largely kept his advocacy behind closed doors. He and other advocates still face opposition from some other high-profile committee chairs and Pelosi. A growing group of pro-impeachment Democrats had hoped Mueller’s testimony would convince more to join their ranks, but as of Wednesday night, only one more Democrat — Rep. Lori Trahan (D-MA) — had signed on.

Some lawmakers are predicting that number will swell in the coming weeks. House members gunning for an impeachment inquiry planned to hold a meeting on Wednesday night to discuss next steps, two lawmakers told Vox. But even beyond Mueller’s lackluster performance Wednesday, they’re facing two other significant hurdles to momentum: a fast-approaching August recess, and a newly emboldened White House.

Democrats were hoping Mueller’s testimony before the House Judiciary and Intelligence committees would paint a vivid picture of a lawless presidential campaign that actively sought help from the Russians for “dirt” on Hillary Clinton, and an equally lawless president trying to cover up his actions and obstruct justice.

While the six-hour set of hearings certainly had standout moments, there was no bombshell, and Mueller at times seemed unprepared to answer rapid-fire questions from committee members. As Vox’s Tara Golshan wrote, “Mueller, who from the outset said he would only refer back to the report, did only that — and often not particularly clearly, allowing Republicans’ spin to go unchecked.”

Democrats went into the hearing expecting Mueller to push back on Republican spin more than he did; the dynamic let Republicans land punches of their own and resulted in a defiant President Donald Trump declaring the hearing had “exonerated” him. The White House is hoping Mueller’s performance will halt any momentum toward impeachment, Politico reported.

A wave of Democrats came out for an impeachment inquiry after Mueller gave a public statement about his report in May. Those expecting a similar cascade of support after his testimony this week are likely disappointed; just one lawmaker came out for impeachment on Wednesday.

“I don’t think I saw anything new that makes me believe we’ve reached high crimes and misdemeanors,” Van Drew told Vox. “If you’re going to impeach somebody, you should have the vast majority of congresspeople on board and signifying they agree with impeachment. And that’s not just one party.”

Pelosi is focused on building the “strongest” case for impeachment. That still doesn’t include launching an inquiry.

Members were looking to Pelosi for signals on whether she’d support an impeachment inquiry on Wednesday. Every indication suggests she doesn’t — at least, not yet.

“She didn’t foreclose it; she reiterated several times that impeachment remains on the table,” Huffman said, adding, “We’ve heard that [before]. If you’re looking for smoke signals from Speaker Pelosi, you didn’t get many today.”

Pelosi is walking a fine line between not fully getting behind an impeachment inquiry and not openly questioning whether one would be useful — as she has done in the past. On Wednesday, she made a point to underscore that House Democrats’ investigations won’t be “endless,” as some in the caucus have grumbled they feel Democrats’ hands are tied.

“She’s open to it,” Rep. Jackie Speier (D-CA) said of Pelosi’s view on an impeachment inquiry. “I think she wants to make sure we bring our strongest case.”

But there’s also frustration among members of the caucus that investigations could take too long in the courts and not reveal much they don’t already know about Trump from the Mueller report.

“Many of us cannot imagine what additional information we would really need to see,” Huffman said. “If we can’t make that decision now based on what we already have, I don’t know what more we would need to see.”

There was also chatter about the possibility that Trump could possibly be indicted once he’s out of office, a scenario that was raised during Mueller’s hearing by Republican lawmaker Rep. Ken Buck (CO). It was an especially noteworthy moment because, as Mueller has noted many times, the Justice Department’s Office of Legal Counsel says a sitting president cannot be charged with a federal crime — but can be charged once out of office.

“That’s not up to the Democrats, that’s up to law enforcement,” Rep. Jamie Raskin (D-MD) said. “Our job is not to determine whether Donald Trump goes to jail — our job is to determine whether he should continue as president of the United States if there’s evidence of high crimes and misdemeanors.”

Still, some in the caucus fear Democrats may have missed a very important, limited window to get real momentum going on impeachment — one that may not come up again.