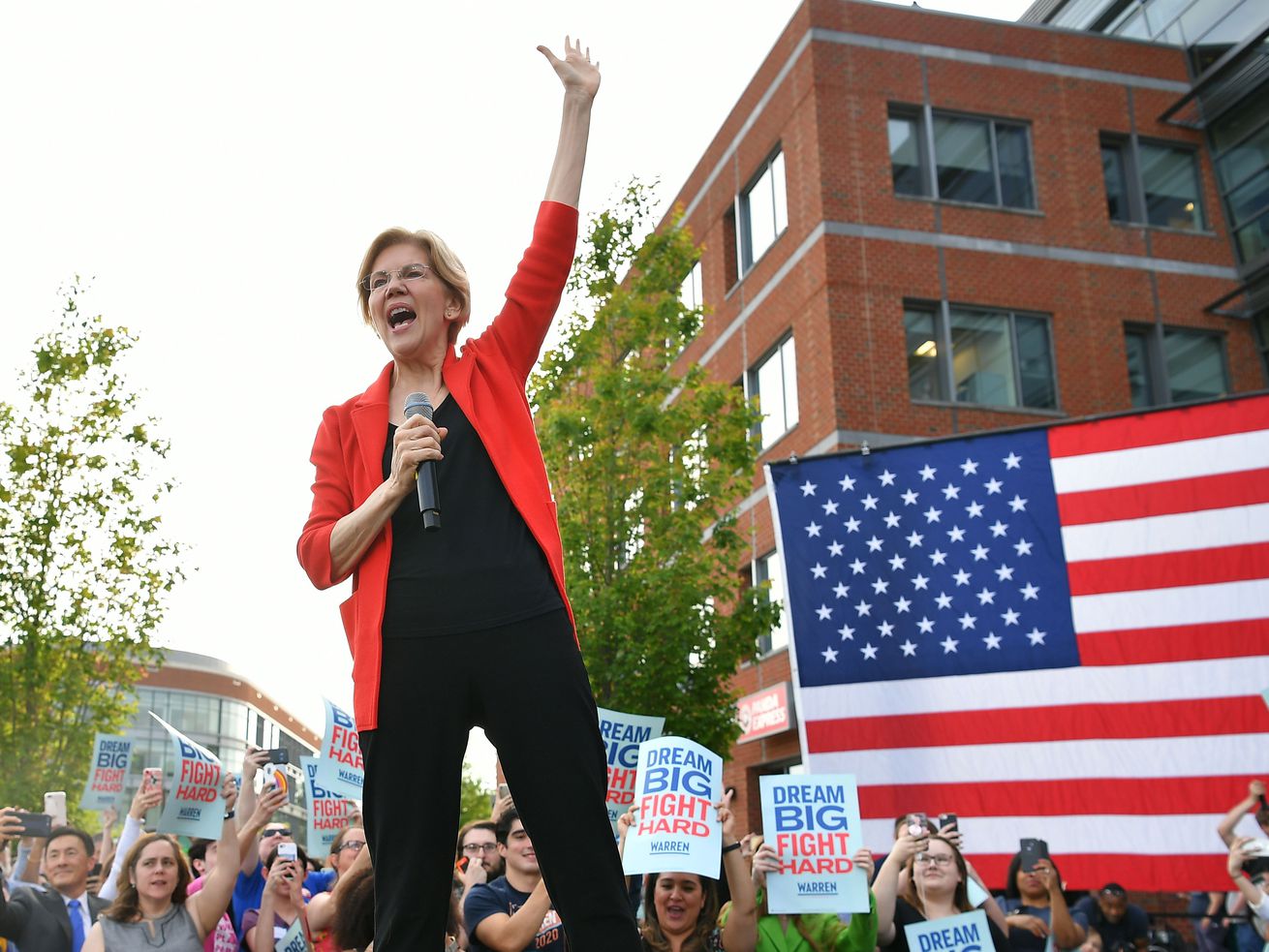 The race to be the 2020 Democratic presidential nominee is growing increasingly competitive according to a new Des Moines Register/CNN poll that suggests former Vice President Joe Biden’s position as the race’s frontrunner is not as secure as some other polls have suggested.

The poll — conducted by Des Moines-based pollster Ann Selzer, who is widely respected as the pollster of record in in this key, early state — featured 600 likely Democratic caucus participants. It did find Biden remains in the lead, but a number of challengers are gaining traction.

According to the poll, support for Biden is at 24 percent; Sen. Bernie Sanders is at 16 percent, Sen. Elizabeth Warren is at 15 percent, South Bend Mayor Pete Buttigieg is at 14 percent, and Sen. Kamala Harris is at 7 percent. No other candidate has more than 2 percent of support. Current New York City Mayor Bill de Blasio had a particularly dismal showing: He received the support of exactly zero respondents — not just zero percent rounding downward, but he lacked the support of even a single respondent.

While Biden still tops the field, his campaign may have reason to be concerned. Back in December, the same poll found his support to be at 32 percent; then in March, it had slipped to 27 percent; and now, he is at 24 percent — still in first place, but no longer in a clearly dominant position.

It is important to keep in mind that in caucus states, voters’ second (or even third) choices can factor into the final result. If a candidate does not meet the minimum threshold of 15 percent support in a local precinct, each individual supporter has the opportunity to switch their support over to another candidate. With a field as large as the current one, it is very possible some caucus participants may well find themselves having to select another candidate to support. Because of this, the Iowa poll gave respondents the option to give three levels of possible support to each candidate: First choice, second choice, or “actively considering.”

When all three tiers of support (by those planning to vote in person) were added together, Biden again topped the list of candidates, with 61 percent possible support. However, Warren matched him exactly, with 61 percent possible support. Three other candidates manage to reach potential support of over 50 percent: Sanders at 56 percent, and Buttigieg and Harris, who each had 52 percent.

A major beneficiary in this poll is Elizabeth Warren: She was at just 8 percent in December, and then 9 percent in March. But she has now shot up to 15 percent support overall, in a dead heat with Sanders for the second-place position behind Biden.

“That’s a strong showing for Elizabeth Warren,” Selzer told the Register. “I think that all of the publicity lately and all of the polls lately are so Biden-heavy that for her to have any metric that shows her on par (with him) … it says to me there are people who are paying attention. Again, in a field this big, that’s step one. First, you have to get people to pay attention.”

Harris also appears to be a candidate with potential in Iowa, despite her current 5th place position. While the California senator was not the first choice of many voters, the same number of people listed her and Elizabeth Warren as their second choices (14 percent) and as candidates they were “actively considering” (32 percent). Harris does not quite have the same name recognition in the state as Biden, Warren, or Sanders, with 23 percent of respondents saying they were not sure what they thought of her. As she continues to campaign in Iowa, her standing could improve in a manner similar to Warren’s.

Bernie Sanders seems to be stuck in place. In the December poll, his support was at 19 percent, then it went up to 25 percent in March — but now he is back down into the teens, at 16 percent. These numbers mark a sharp decline from the 2016 election cycle, when he nearly matched Hillary Clinton in the Iowa caucuses, and they show that he has a lot of work to do in a divided field.

Beto O’Rourke, however, has not been stagnant; his support has dropped significantly. Back in December, the poll showed the former Texas congressman had 11 percent support among Iowa Democratic caucus-goers. This declined to only 5 percent support in the next poll in March. And this latest survey from the same pollster has his base shrinking to only 2 percent.

Pete Buttigieg has experienced the opposite trend. In March, he was at only 1 percent support. (He wasn’t included in the December poll.) He is now at 14 percent, very nearly matching Warren. While he seems to have won supporters, it could be argued, that he needs to remain on guard and work to ensure he does not suffer the same boom-and-bust cycle as O’Rourke.

The effect of the virtual caucus

In previous election cycles, caucus participation was limited to people who physically showed up at the local caucus sites. This campaign cycle, however, the party will allow for participation online or by phone in what is known as a “virtual caucus.” Those that participate in the virtual caucus will decide 10 percent of awarded delegates, with 90 percent of the delegates being decided by in-person attendees.

For the moment, intended virtual voters are displaying different levels of support than the overall average: Joe Biden is at 33 percent with them, while Bernie Sanders is at just 10 percent, along with 10 percent for Kamala Harris, and 9 percent for Pete Buttigieg. Elizabeth Warren is the only top-tier candidate whose support is roughly even across both groups, with 14 percent among the likely virtual voters.