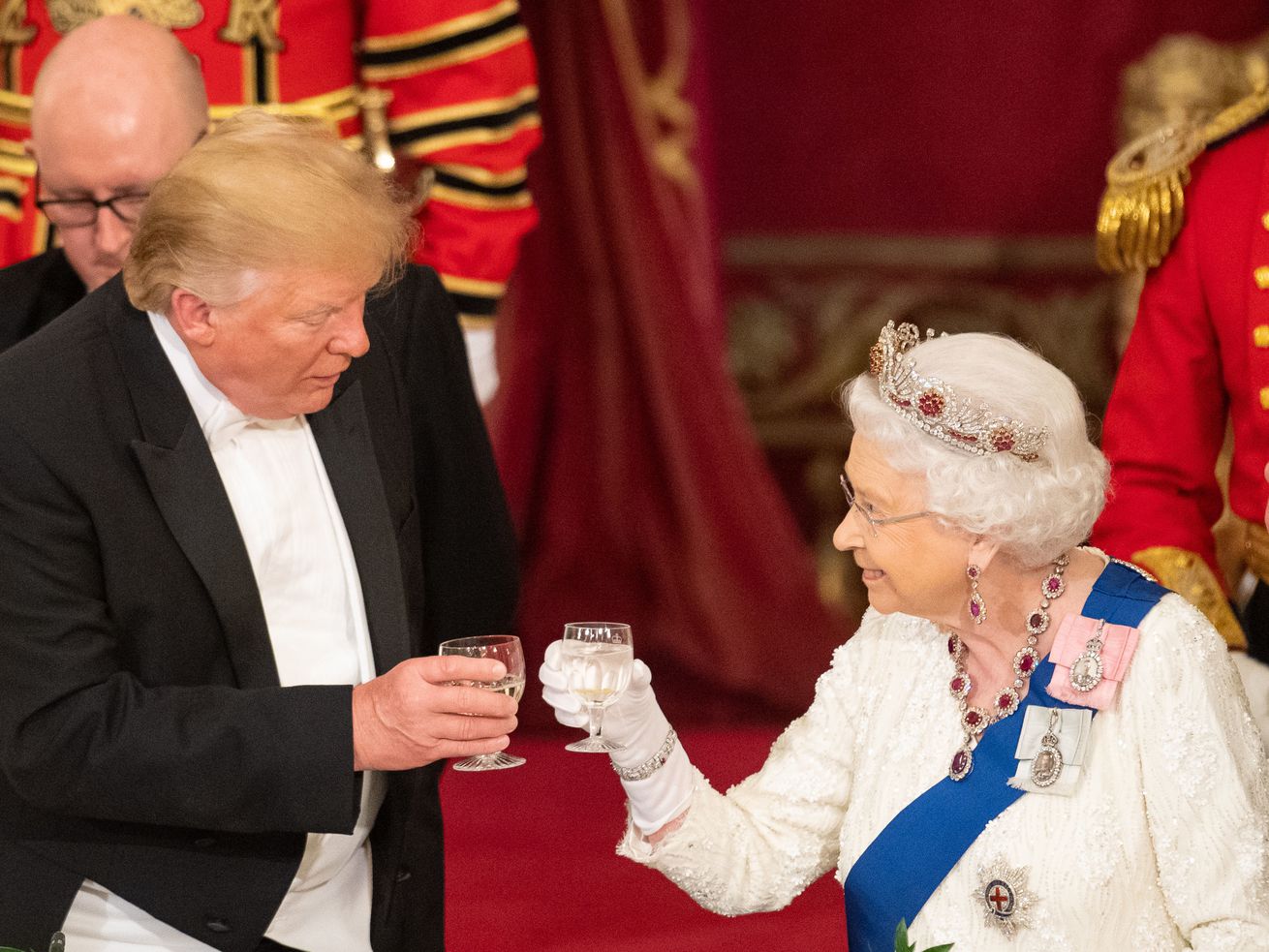 Trump and the first lady visited Westminster Abbey and attended a state banquet hosted by the Queen at Buckingham Palace.

President Donald Trump’s state visit to the United Kingdom turned controversial before it officially even started — thanks to comments he made about Brexit and Meghan Markle in interviews with the British media and a tweet in which he called London Mayor Sadiq Khan a “stone cold loser.”

This is almost certainly not the best way to cultivate the “special relationship” between the US and the UK. But so far, Trump has given his visit a rave review — with the exception of his complaint about having to watch CNN to get his news while in the UK instead of his favorite news channel, Fox News.

“London part of trip is going really well,” Trump wrote on Twitter. “The Queen and the entire Royal family have been fantastic. The relationship with the United Kingdom is very strong.”

Trump’s first day in the UK mostly involved meetings with royals — a welcome ceremony with Queen Elizabeth II at Buckingham Palace, tea with Prince Charles and Camilla, and a tour of Westminster Abbey, where Trump laid a wreath at the Grave of the Unknown Warrior.

The day ended with an elaborate formal banquet at Buckingham Palace hosted by the Queen and featuring 170 guests, including the extended royal family, Trump’s adult children, and numerous prominent UK business leaders.

In brief speeches before the dinner, both the Queen and President Trump celebrated the relationship between the US and the UK. “Tonight we celebrate an alliance that has helped to ensure the safety and prosperity of both our peoples for decades,” the Queen said, “and which I believe will endure for many years to come.”

Trump’s day tomorrow will be a tad less glamorous: He’s cohosting a breakfast meeting with Prime Minister Theresa May and business leaders from the US and UK in the morning, and in the evening will host a dinner at Winfield House (the US ambassador’s residence) for Prince Charles and Camilla.

Large anti-Trump protests are expected in London on Tuesday, and the “Trump baby” blimp will be hard to miss. Trump tweeted on Monday that so far he had only seen well-wishers and no protesters — though he added that the “Fake News will be working hard to find them.” A small group of anti-Trump protesters gathered outside Buckingham Palace on Monday night, as well as a smattering of MAGA-hat wearing supporters.

Here’s a look at day one of President Trump’s state visit.

Trump gets a royal welcome at Buckingham Palace

Here are those, er, hard-to-find protesters … and a few “well wishers”

Tea with Prince Charles and Camilla, Duchess of Cornwall

The white-tie state dinner in the Buckingham Palace ballroom