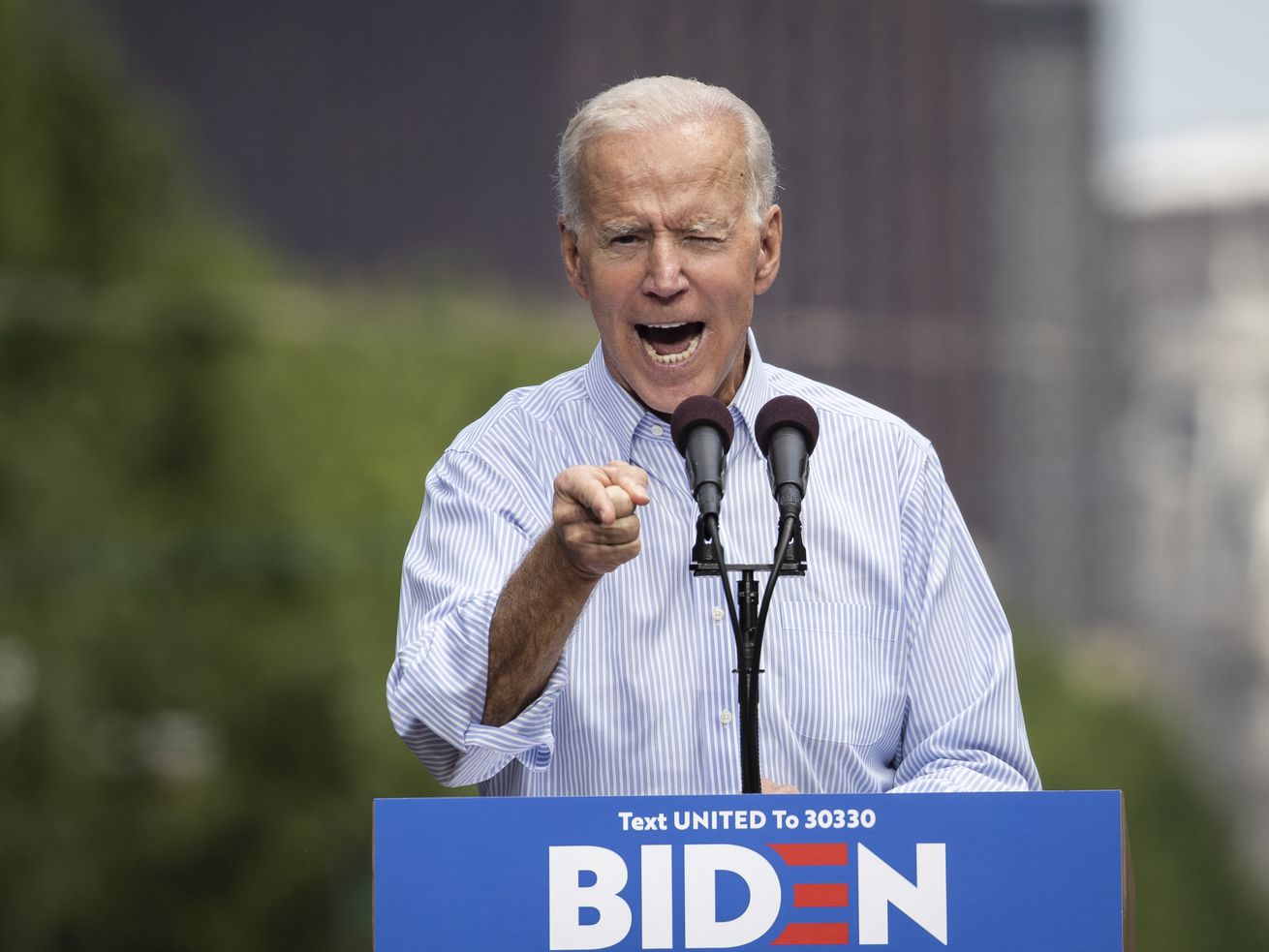 The plan, which Biden announced ahead of a forum with the American Federation of Teachers in Houston on Tuesday, would give teachers a raise (an idea previously proposed by Kamala Harris). It calls for universal pre-K and for the Education Department to renew its work on desegregation.

Biden’s plan mostly sticks to ideas with a long history of support in the Democratic Party and sidesteps intra-party controversies, such as the debate about the role of charter schools.

Still, the plan is notable for what it leaves out, and the implicit break with Barack Obama that the omissions represent. The Obama administration believed that school and teacher quality could be measured by standardized tests, and that states needed to do whatever they could to hold schools and teachers accountable for both test results and students’ growth — even if doing so alienated teachers, who are typically Democratic allies.

Biden’s plan suggests he, like other 2020 candidates, would take a much more conciliatory approach. The federal government’s role, as Biden sees it, isn’t to push states to hold schools accountable. It’s to be a partner to schools and teachers — and key to that partnership would be a big influx of new cash to even out inequalities.

The heart of Biden’s plan is a call to triple the money the federal government sends to low-income schools and districts from about $16 billion per year to about $48 billion.

Biden’s plan draws clear lines on how that money should be used: Teachers should get a raise, 3- and 4-year-olds should get access to pre-K, and rigorous coursework (such as Advanced Placement classes) should be available at all schools. Any money left over after those priorities are taken care of, according to the plan, could be used to meet other needs.

His plan also calls for more mental health care in schools and expanding resources for families, including home visiting by nurses for parents of newborns and the creation of “community schools” in low-income areas that offer social services, doctors, and other help. After facing criticism over his remarks on desegregation and busing in the 1970s, Biden now calls for the Education Department to create grants to help schools diversify. And he includes proposals on gun control and infrastructure spending that he argues would help make schools safer.

But biggest idea in his plan is the increased federal spending on low-income schools.

The federal funds, known as Title I after the section of the federal education law that created it, The Title I program, which gets its name from the section of federal education law that created it, is meant to help even out inequalities in school funding: Schools are mostly funded by state and local governments, including by property taxes. Typically, that’s meant states spend less on poor kids’ education than on their richer peers, even though low-income kids often have greater needs that make them more expensive to educate.

Lawsuits and federal funding have helped even the playing field, but not much more than that: A 2017 Urban Institute study found that only a few states have progressive school funding systems that spend significantly more educating poor students than richer ones.

Research has found that more spending does make a difference, particularly for low-income students. A 2015 paper looked at the long-term effect of court decisions that forced states to spend more on low-income districts and found that a 10 percent spending increase each year from kindergarten through 12th grade led students to complete a few more months of school, to earn 7.25 percent more, and to be less likely to be poor.

How the money is spent matters, the researchers found, but improving teacher salaries was one of the ways that more funding seemed to make a difference.

Biden’s plan is a direct message to teachers: I’m on your side

The federal government has little control over K-12 education, which is mostly run at the state and local level. But the Obama administration did all it could to change how states approach the issue, using both carrots (money) and sticks (the threat of consequences under No Child Left Behind) to push them to evaluate teachers based on students’ test scores, to adopt the Common Core standards in reading and math, and to make it easier for charter schools to open.

The hope was that better teachers and higher standards would lead to better education — students would learn more, be better prepared for college and work, and, ultimately, earn more money and boost the US economy.

This approach meant putting a lot of faith in test scores’ ability to measure students’ learning and growth. Teachers loathed it (and parents who were sick of testing eventually soured on it), and unions and the Obama administration were frequently at odds.

Now, amid a wide-open primary, teachers unions and Democrats are getting friendly again.

That’s partly because the education compromise Congress passed in 2015 largely took the more contentious issues of testing and accountability off the table at the federal level, sending the issue back to the states.

But it’s also because, with 24 Democrats running for president and nearly 5 million unionized teachers energized by a year of strikes and action, endorsements from the two major teachers unions’ could be key in the Democratic primary.

Biden’s appeal to teachers goes beyond his calls for a general pay increase and extra money for performing additional duties, like mentoring or leading a department. By emphasizing all the factors that affect students outside the classroom — things like mental illness, gun violence, and inequalities that date back to infancy — he’s acknowledging an argument that teachers have long made: that they’re expected to deal with issues far beyond their control with inadequate support.

Biden’s approach to his first big policy proposal suggests he isn’t out to stoke old divisions or to propose bold new ideas. But it also suggests that, in at least one policy area, Biden isn’t going to be Obama’s natural heir.