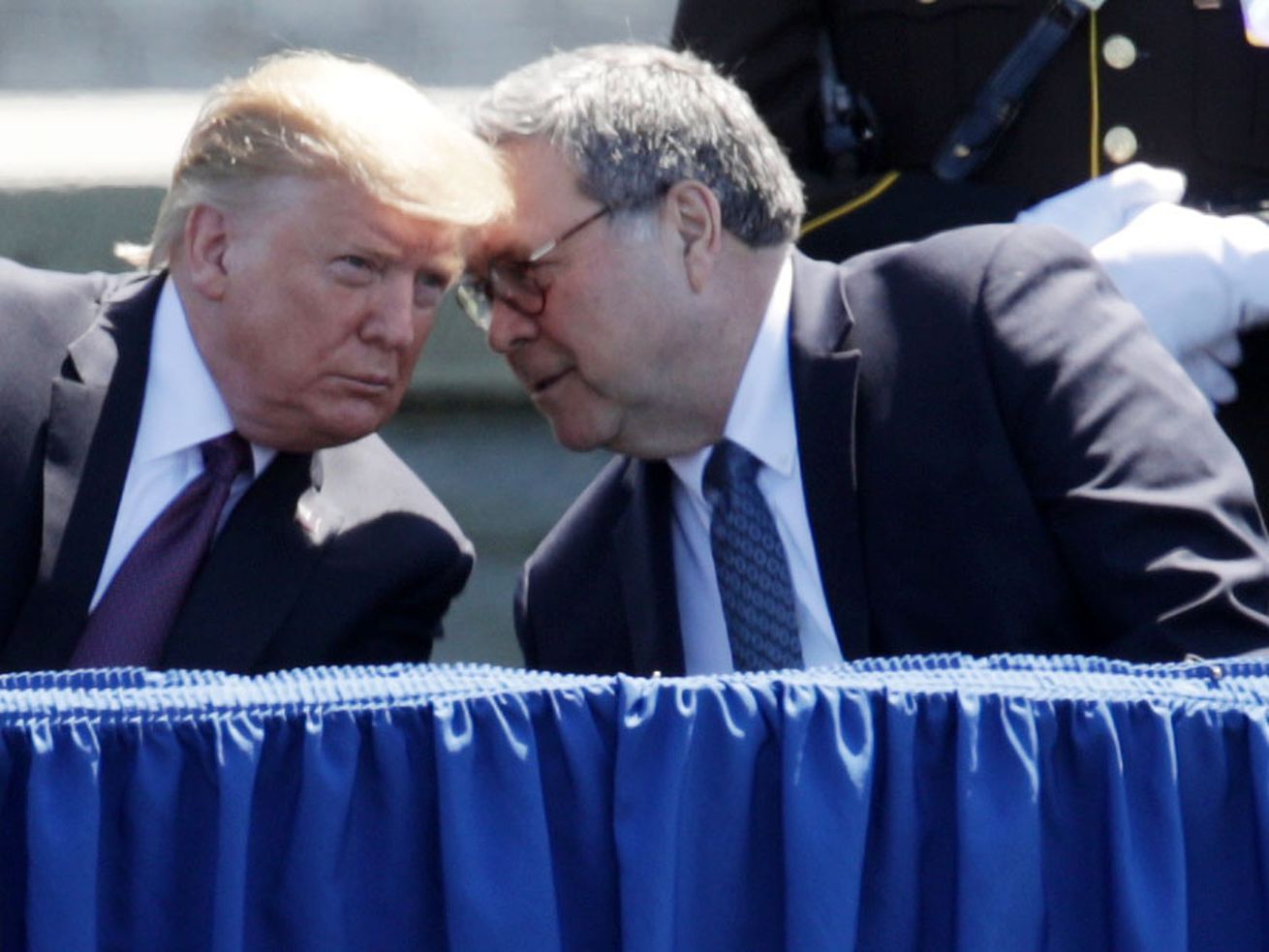 Straight out of the authoritarian playbook.

President Donald Trump on Friday morning accused the Obama-era FBI of “TREASON,” and called for people to serve “long jail sentences” as a result.

Trump’s accusation is transparently meritless, but that’s beside the point. Heading into his 2020 reelection campaign, Trump — with help from new Attorney General William Barr — is trying to establish a narrative that the entire investigation into his campaign’s contacts with Russia stemmed from anti-Trump bias in the law enforcement and intelligence communities, not his campaign’s secretive contacts with people in the Kremlin’s orbit. Trump wants to portray himself as a victim and Obama-era officials as bad actors who had it out for him from the beginning.

To that end, Trump is now using his social media platforms to unequivocally call for his perceived enemies to be imprisoned for crimes they did not commit. It’s troubling and abnormal behavior for a president, but par for the course for a president whose rallies still regularly erupt in “lock her up!” chants.

“My Campaign for President was conclusively spied on,” Trump tweeted on Friday morning. “Nothing like this has ever happened in American Politics. A really bad situation. TREASON means long jail sentences, and this was TREASON!”

My Campaign for President was conclusively spied on. Nothing like this has ever happened in American Politics. A really bad situation. TREASON means long jail sentences, and this was TREASON!

This was far from the first time Trump has accused his perceived political enemies of treason. During a White House event in late March, for instance, he said “there are people out there that have done some very, very evil things, very bad things — I would say treasonous things — against our country.” But his tweet on Friday was the most direct he has been about leveling the accusation and calling for punishment.

What the FBI did in investigating Trump’s campaign in 2016 was not, however, treason. Not even close.

Article III, Section 3 of the US Constitution defines treason in a very narrow manner — as pertaining to literal acts of war, or helping “enemies” with whom the US is currently at war. Here’s the text:

Treason against the United States, shall consist only in levying War against them, or in adhering to their Enemies, giving them Aid and Comfort. No Person shall be convicted of Treason unless on the Testimony of two Witnesses to the same overt Act, or on Confession in open Court. The Congress shall have Power to declare the Punishment of Treason, but no Attainder of Treason shall work Corruption of Blood, or Forfeiture except during the Life of the Person attainted.

As my colleague Dylan Matthews explained in the summer of 2016, when Trump’s public encouragement for Russian hackers to attack Hillary Clinton led some to (wrongly) accuse him of treason, treason “is a specific charge with a specific meaning, with which a tiny handful of people have been charged, and which basically nobody apart from maybe al-Qaeda members meets in a modern context.”

Matthews’s analysis comports with what Carlton F.W. Larson, a professor of law at the University of California Davis and author of a book about treason, recently told the Washington Post while discussing Trump’s accusations that his enemies committed treason.

“That’s completely ludicrous and, I think, extraordinarily inappropriate, given that one of the purposes of the treason clause was to protect Americans discussing and criticizing their government,” Larson said. “It was very clear — one of the reasons to limit the offense the way it was done in Article III was to prevent it from being a political tool where people in power use it to suppress their political enemies.”

So for FBI officials to be guilty of treason, that means they would have been literally acting on behalf of a country or entity (like ISIS) at war with the United States. That clearly did not happen. In short, Trump’s accusation is meritless.

For Trump, however, the legal merit of his accusation isn’t what’s important. The most important thing is the narrative he’s pushing about the FBI purportedly being out to get him. But that narrative, like his treason accusation, is baseless.

Trump is lying about “spying”

In recent weeks, Trump has resurrected the baseless claim he first made in March 2017 about the Obama administration “spying” on his campaign. His accusations were legitimized by Attorney General Barr during congressional testimony last month. On Friday, Barr went as far as to go on Fox News and suggest that top law enforcement officials during Obama’s term were conspiring against Trump.

Barr indicated he is investigating the officials who investigated Trump, and suggested his investigation may last through the 2020 campaign. (The investigation he discussed is in addition to an ongoing inspector general review of the Russia investigation’s origins.) Barr also misrepresented the origins of the Russia probe, suggesting it began with the partially unverified Steele dossier when in fact it began with then-Trump campaign official George Papadopoulos bragging to an Australian diplomat about having foreknowledge that Russian hackers had obtained Hillary Clinton’s emails.

As was the case two years ago, there remains no evidence that anyone associated with Trump was improperly surveilled during the 2016 election, let alone the victim of “spying.” Foreign Intelligence Surveillance Act warrants were taken out against onetime Trump campaign foreign policy adviser Carter Page after he left the campaign, but the warrant applications went through standard processes and were authorized by four judges appointed by Republican presidents. The FBI used information from the Steele dossier to obtain warrants to surveil Page, but it wasn’t their only source of information, and law enforcement officials had good reason to be suspicious about Page’s contacts and activities in Russia.

The idea that the FBI had it out for Trump is also contradicted by the fact that the bureau didn’t leak about the counterintelligence investigation into the Trump campaign at all during the election. If FBI brass wanted to destroy Trump, they could have easily done that by leaking about the fact that his campaign’s contacts with Russia were under investigation in the months leading up the election. But they didn’t. On the other hand, then-FBI Director James Comey repeatedly publicized the bureau’s investigation of Hillary Clinton in a manner some pundits believe may have tilted the election outcome in Trump’s favor.

For Trump, it’s about politics, not justice

Trump’s plan appears to be to turn a weakness — his campaign’s secretive dealings with Russia during a campaign in which Russia allegedly committed crimes to help him win — into a strength. He wants people to believe that he was the victim of an illegitimate investigation and overcame FBI malfeasance to win an election, then began “draining the swamp” once he took office by firing Comey and others.

Trump still has work to do — that same Fox News poll found him trailing Democratic frontrunner Joe Biden by 11 points. But regardless of whether Trump can overcome that deficit and win another term, one lasting loser of his campaign against law enforcement is the norm that the Justice Department serves a higher purpose than being an arm of the president’s administration, and that the attorney general’s duties go beyond being the president’s fixer.