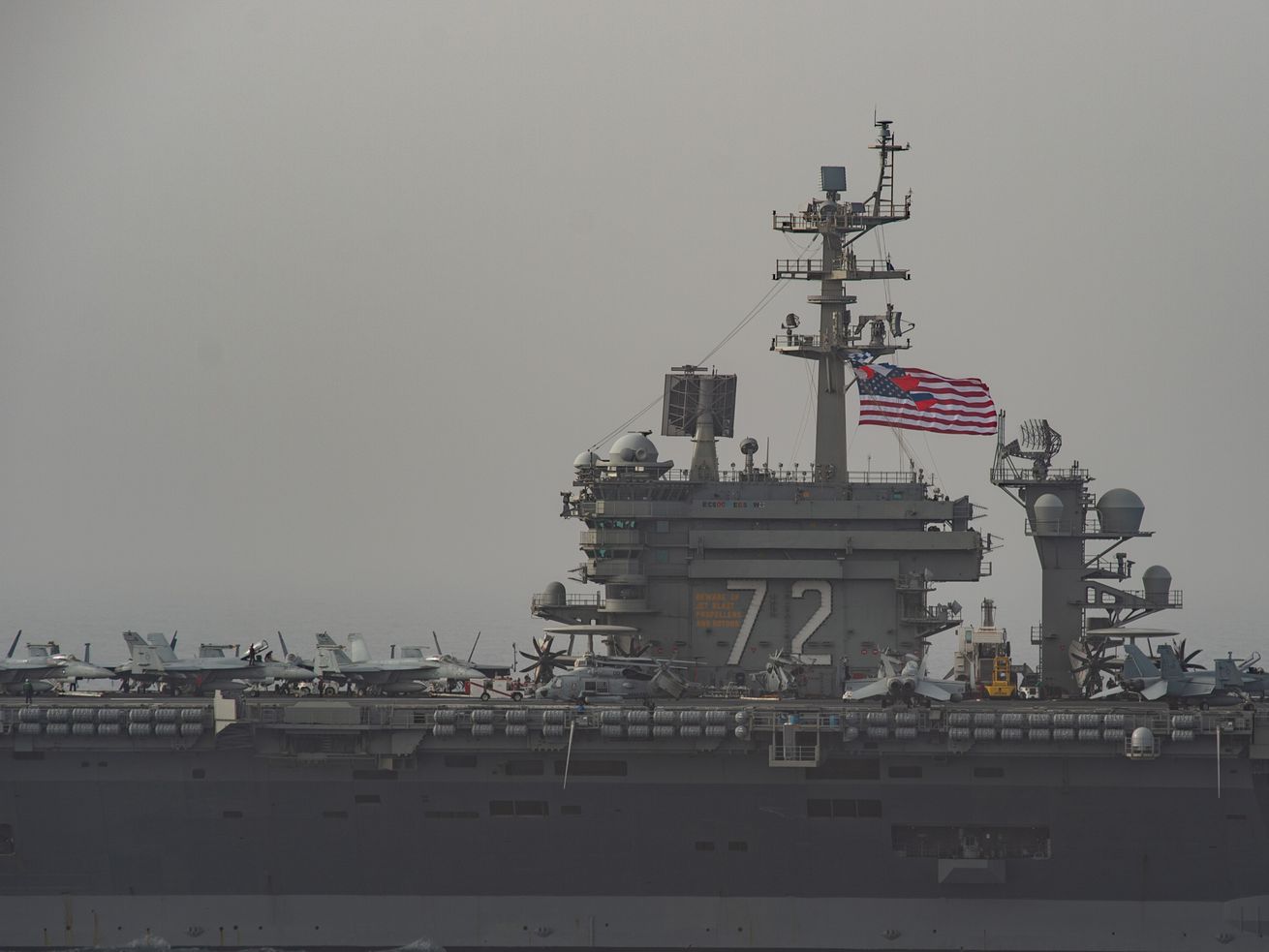 The Trump administration worries about Iranian attacks on Americans.

The United States seriously fears an imminent attack on its troops by Iran or its proxies. Iran signaled it may restart parts of its nuclear program in direct defiance of a landmark 2015 deal.

If tensions between Washington and Tehran were already high in the Trump era, they just increased substantially.

Starting on Sunday, the Trump administration indicated it had credible intelligence that Iran and groups it supports in the Middle East might attack US personnel based there. Two days later, reports of Iran’s specific plans surfaced: They apparently intended to target US troops in Iraq and Syria, or use drones against Americans in a key waterway near Yemen.

A US defense official confirmed to me the existence of credible intelligence of specific Iranian threats, but wouldn’t expand further.

As a result, the Trump administration has sent a US aircraft carrier and bombers to the region in an effort to deter an assault.

Meanwhile, Iran is poised to announce on Wednesday that it will resume small parts of its nuclear program. That’s a big deal: The 2015 nuclear agreement between Iran and the US, as well as some European countries, put tight restrictions on Tehran’s nuclear efforts in exchange for sanctions relief. But on May 8, 2018 — exactly one year ago this Wednesday — President Donald Trump withdrew the US from the agreement, saying it only paved Iran’s path to the bomb.

Iran abided by the deal even after Trump’s announcement, but now it seems the most predictable scenario has come true: Tehran wants to kick-start its nuclear program once again.

This a fraught, delicate, and dangerous situation that could easily spiral out of control if not carefully managed in Washington and Tehran. Some experts are worried that cooler heads won’t prevail.

“Moments like these are when institutions should matter: leadership at the cabinet level, a serious policy-making process, intelligence standards, professional ethics. All those have been eroded by the Trump administration,” Suzanne Maloney, an Iran expert at the Brookings Institution in Washington, tweeted on Monday.

In a stunning Sunday statement, National Security Adviser John Bolton announced a military move by the US in response to what it says are Iranian threats. It’s worth reading his short message in its entirety:

In response to a number of troubling and escalatory indications and warnings, the United States is deploying the USS Abraham Lincoln Carrier Strike Group and a bomber task force to the US Central Command region to send a clear and unmistakable message to the Iranian regime that any attack on United States interests or on those of our allies will be met with unrelenting force. The United States is not seeking war with the Iranian regime, but we are fully prepared to respond to any attack, whether by proxy, the Islamic Revolutionary Guard Corps, or regular Iranian forces.

Acting Pentagon chief Patrick Shanahan added his own warnings the next day, saying the decision to send those weapons to the Middle East “represents a prudent repositioning of assets in response to indications of a credible threat by Iranian regime forces. … We call on the Iranian regime to cease all provocation.”

US-Iranian relations, which have historically been pretty bad, tanked even further when America left the nuclear deal last year and reimposed tough sanctions on the country.

Last month, the Trump administration took things a step further when they decided to label the Islamic Revolutionary Guards Corps — Iran’s hugely influential security and military organization responsible for the protection and survival of the regime — as a “foreign terrorist organization.” That’s the first time the US named any part of another government as terrorists.

It’s therefore not a surprise to some analysts that Iran is apparently considering retaliating in a severe manner. “To counterattack in response to pressure is a standard part of the Iranian playbook,” Maloney also tweeted on Monday.

Phillip Smyth, an Iran expert at the Washington Institute for Near East Policy, told me that major threats from Tehran’s proxies have continued since early 2018. “There have been maneuvers in the past that sent a signal to the Americans” of a worsening regional situation, he said.

But he noted that just because there are indications that an attack could happen doesn’t mean an Iranian proxy will launch one soon. “These guys are very smart and very patient with how they plan and execute,” he continued.

Still, the intelligence is worrying. “There has definitely been an uptick in threat reporting directed at the US embassy in Iraq,” an unnamed American official told Politico on Monday. “It’s more than we’ve seen in a long time, and it suggests the de facto moratorium on attacks on US facilities by Iranian sponsored groups is fraying.” The US currently has about 5,200 troops in the country.

This may explain why Gen. Kenneth McKenzie, the top US military officer for the Middle East, requested additional military assets in the region after reading intelligence of Iranian provocations. Shanahan authorized the request, expediting the USS Abraham Lincoln’s preplanned trip to the Middle East along with B-52 bombers.

If it seems like gunboat diplomacy, it’s because it is. The hope is that the move — which brings the US and Iran closer to a military fight — isn’t the opening salvo in a broader war.

Iran is about to add more fuel to the fire.

On Wednesday, Iranian President Hassan Rouhani is expected to announce small steps to resume his country’s nuclear program. According to the New York Times, that will include conducting research on centrifuges that can make nuclear fuel, and curbing nuclear inspections from observers.

Those moves by themselves don’t really get the country closer to obtaining the bomb — but the timing is quite symbolic.

Rouhani’s decree will come exactly one year after Trump withdrew the US from the Iran nuclear deal, which experts say blocked Tehran’s path to the bomb for at least a decade — if not more. It also comes weeks after the US said it would impose sanctions on all countries that import Iranian oil, the regime’s main source of income. That was a big blow to Iran and to European nations that previously received waivers for such transactions to soften the aftereffects of leaving the nuclear accord.

So there are likely two main reasons Iran decided to make this move. First, Tehran sees no real benefit in staying in the deal anymore, and Iran’s leaders think they may as well restart their nuclear work. And second, it serves as a big middle finger to the Trump administration in the midst of its maximum pressure campaign.

“The Islamic Republic of Iran in reaction to the exit of America from the nuclear deal and the bad promises of European countries in carrying out their obligations will restart a part of the nuclear activities which were stopped under the framework of the nuclear deal,” an Iranian official told the state-run IRIB news agency on Monday.

It’s also possible that Iran will anger European governments that are participating in the deal if it restarts its nuclear work, thereby eroding any remaining trust in the accord.

All put together, it sure seems like the US and Iran won’t diffuse the situation anytime soon. That means it could conceivably get worse — and quickly.