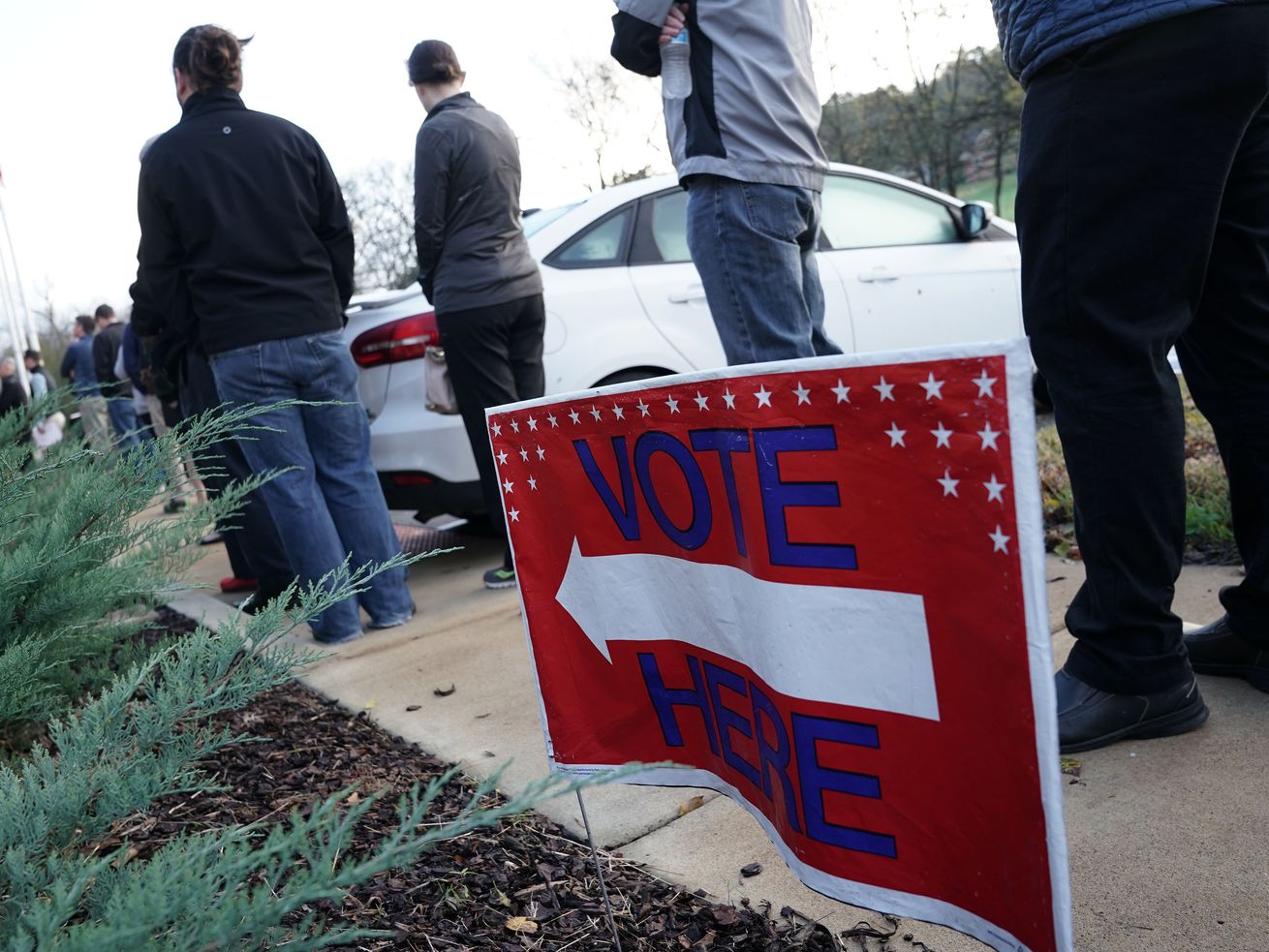 The bill would punish groups that submit more than 100 incomplete or inaccurate forms to the state.

The Tennessee state Senate voted on Thursday to pass a measure that would impose fines and penalties on voter registration groups who submit incomplete forms to the state — a move voting rights advocates and civil rights groups argue effectively criminalizes efforts to get people, particularly people of color, registered to vote.

According to the Tennessean, if the bill is signed by Republican Gov. Bill Lee, the state would be the first in the country “to threaten voter registration efforts with civil penalties for incomplete forms.” The measure passed in a 25-6 vote. Only one Republican, Nashville Sen. Steve Dickerson, voted against the measure.

A version of the bill previously passed in the Tennessee House earlier this month. Due to differences between the House and Senate versions, the Senate measure will be sent back to the lower chamber so it can vote on the amended bill.

Voting rights groups in the state have condemned the proposal, arguing that it punishes groups for trying to increase the number of voters in the state. They also argue that groups are being punished for their success in the 2018 midterm cycle, which saw a historic surge in voter turnout that helped deliver wins to a number of Democratic politicians across the country.

There have been numerous protests at the state capitol over the legislation in recent weeks.

A group of protesters are outside the @TNHouseReps today in opposition to a bill from @SecTreHargett that would penalize groups that turn in more than 100 incomplete voter registration forms. This is the largest group of protesters at the Tennessee Capitol this year pic.twitter.com/S0E6piLMcG

The bill “discourages people from volunteering in the Volunteer State,” Tequila Johnson, co-founder of the Equity Alliance, which helped in the 2018 registration effort, told local reporters earlier in the month.

The measure is specially targeted at groups that pay people to help register voters.

According to the Associated Press, the bill also makes it a Class A misdemeanor — which is punishable by a maximum $2,500 fine and/or jail time — for registration drive organizers to miss training sessions led by state officials, or for groups to pay a person for every registration form they collect. The measure also requires organizations to mail in collected voter registrations within a 10-day window or face additional penalties.

The proposal comes after one coalition, the Tennessee Black Voter Project, worked to register close to 90,000 voters before the midterm elections. Last year, the Tennessee Black Voter Project and the Memphis NAACP sued Shelby County, Tennessee, arguing that election officials failed to give potential voters time to correct issues on their registrations. The county was later ordered to allow the applicants to fix their registration forms.

As a result, the current legislative proposal has been sharply criticized by voting rights groups and activists in the state, who argue that the measure is clearly a punishment for the surge in voter registrations among black communities.

State officials counter that the measure is necessary after the incomplete forms were submitted last year, forcing officials to rush to review them all before the registration deadline. Hargett has said that it cost $200,000 to deal with the incomplete Shelby County forms.

But Johnson and other activists who worked with the Tennessee Black Voter Project say that the incomplete forms were submitted only because of a state requirement that groups submit all voter registrations, including ones they know are incomplete. They add that a law penalizing groups for the mistakes on forms is a clear attack on efforts to mobilize black voters.

“Black-led, community-based organizations throughout Tennessee have been registering more voters, turning them out to vote and winning more elections for progressive issues and candidates,” Cliff Albright, a founder of the Black Voters Matter Fund, recently wrote in a New York Times op-ed. “The fact that racial progress here has resulted in a white backlash is consistent with Tennessee history.”

Tennessee is not the only state considering a bill that would create new penalties for voting-related errors. In Texas, legislators are considering a law that punishes people for errors on their voter registration forms or for voting without knowing they are ineligible.

That proposal has also been strongly condemned by activists and civil rights groups, who argue that the proposal is unnecessary and could hamper efforts to mobilize some voters.