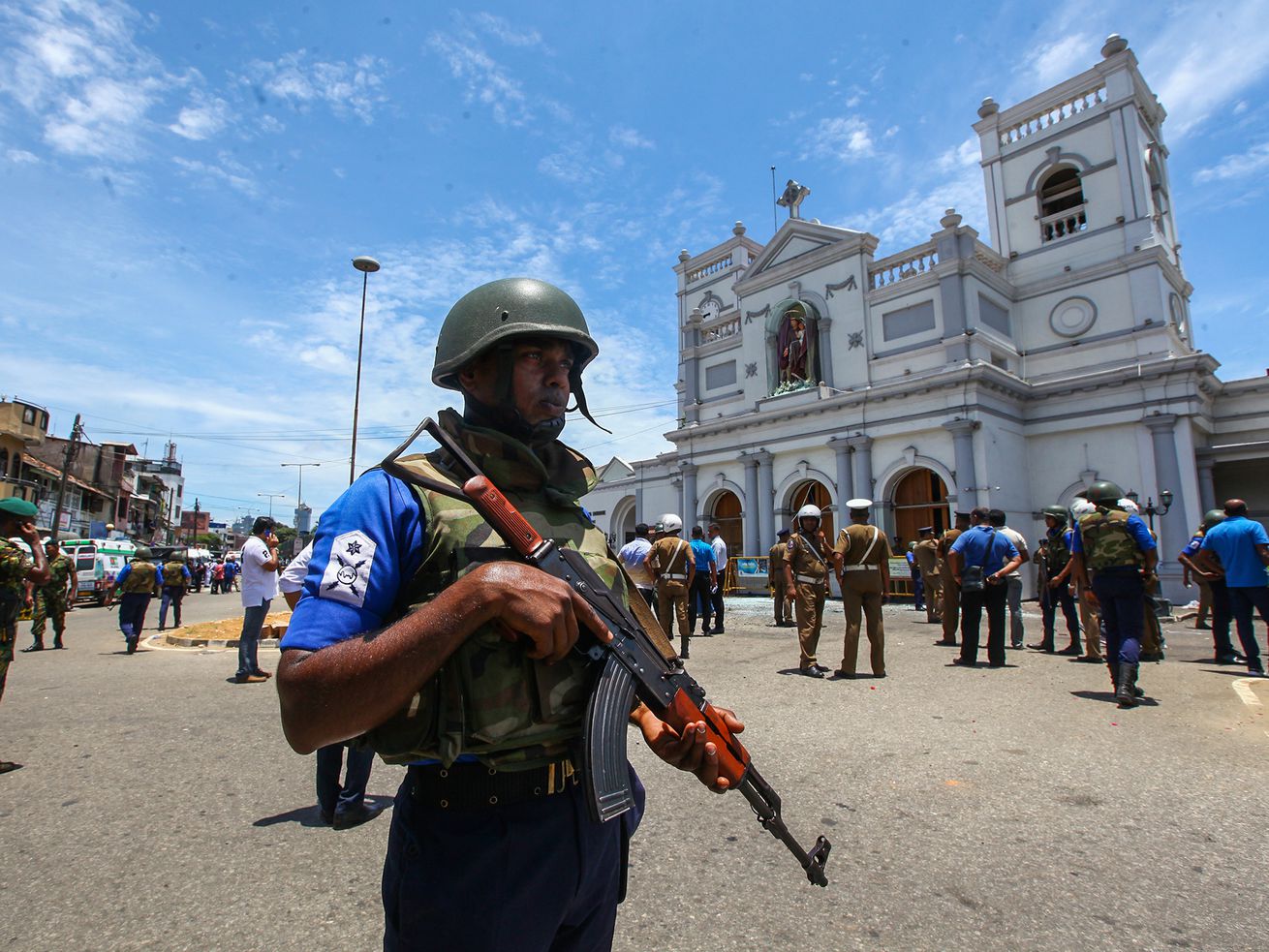 Some experts have a theory of what may have led to the terrorist attack.

On Easter Sunday, a series of coordinated bomb attacks killed nearly 300 people in Sri Lanka. It was an unhappy reminder for many of the country’s recent history of violence — a history which Sri Lankans hoped had been put to rest.

The island nation of 22 million just off India’s southeastern tip has dealt with brutal fighting and bloodshed for decades, mainly due to a civil war that pitted the Sinhalese Buddhist government against militant fighters and separatists from the minority Tamil community who pioneered modern-day suicide attacks.

But the Easter Sunday bombings in Sri Lanka’s capital, Colombo, and other cities didn’t fall along those lines. Instead, the victims were mostly Christians worshipping in churches and tourists, including at least four from the US, in hotels. It’s a tragic and disquieting end to the the island’s relatively peaceful last decade.

Much, though, remains a mystery. For starters, no terrorist organization has claimed responsibility for the attack, even though Sri Lankan authorities say a small Islamist group is to blame. It’s also unclear exactly why the coordinated attacks on the nation’s western and eastern coasts took place at all.

The worry now is that Sri Lanka may be on the verge of a new era of violence — and nobody yet knows why.

“It is a strange and unsettling development,” Alyssa Ayres, a South Asia expert at the Council on Foreign Relations in Washington, DC, told me. “There are so many unanswered questions about this.”

It’s hard to overstate the devastation that Sri Lanka’s civil war, which lasted from 1983 to 2009, wrought on the country. It continues to haunt the millions who must contend with its aftermath every day.

The main tensions arose during the British colonial period, when the Sinhalese majority, who were mostly Buddhists, felt they were less favored than the primarily Hindu Tamil minority. Once the British left in 1948, the Sinhalese found ways to subjugate and marginalize the Tamils. They made Sinhalese the national language and Buddhism the nation’s main religion.

That and other indignities led the Tamils, who mostly reside in the country’s north and east, to push back. Few resisted harder than Velupillai Prabhakaran, who in 1972 formed the Liberation Tigers of Tamil Eelam, more commonly known as the Tamil Tigers. His group aimed to break away from Sri Lanka and create an independent state for Tamils.

The Tamil Tigers’ first major attack came on July 23, 1983, when members ambushed an army convoy outside of Jaffna, a city on the island’s northern tip. The strike killed 13 soldiers and ignited a civil war, despite efforts by Indian peacekeepers to curb the violence.

The period saw some of the most high-profile terrorist attacks in recent memory. In 1991, a suicide bomber with the Tamil Tigers killed India’s then-Prime Minister Rajiv Gandhi. Two years later, Sri Lanka’s president was also killed — and while no group claimed responsibility, most suspect the terrorist group was behind it. Though both sides signed a ceasefire agreement in 2002, Foreign Minister Lakshman Kadirgamar, a major player in peace talks, was assassinated in 2005. Multiple other violations of the ceasefire occurred.

Those killings, along with the failure of multiple peace negotiations, led the Sri Lankan army to fully to invade the north — the heart of the Tamil Tiger stronghold — and inflict extraordinary brutality on the area such as sexual violence against women.

In May 2009, the military had complete control of the island and had also killed Prabhakaran, formally ending the conflict. It’s unclear how many died during the entire war, but the United Nations estimates that 40,000 civilians perished in the conflict’s final few months alone.

Though the fighting is over, the war has continued to impact Sri Lanka because the public has yet to come to terms with what happened.

“A huge swath of the electorate vehemently opposes accountability efforts,” Kate Cronin-Furman, a human rights lawyer, wrote for the Washington Post in May 2016. “The Tamils are a marginalized minority … [a]nd the majority Sinhala-Buddhist community venerates the military for defeating the insurgency — and interprets calls for accountability as an attack on their heroes.”

The civil war also wasn’t fought along clear ethnic lines. Muslims, Christians, and other minority groups were recruited to both sides, experts tell me, which means they too remain marginalized warriors. In a sense, then, the wounds of the past haven’t healed but have instead festered in multiple communities. “Identities somewhat hardened during and after the civil war,” says Sameer Lalwani, a South Asia expert at the Stimson Center in Washington, DC.

And that brings us to Sunday’s attack.

But one theory experts have put forward is that some Muslims, which make up only 10 percent of Sri Lanka’s population, have become very isolated and angry with the country’s state of affairs.

There’s one main reason why: The Sinhalese and Tamils continue to focus on each other — both in good and bad ways — and have neglected much of the rest of the country. This has let many of the needs of minority groups go unaddressed, and many Muslims and Christians have become more marginalized, experts say.

What’s more, interactions between Buddhists and Muslims have worsened recently, mainly because some Buddhists believe Muslims to be a security threat to the country. Last year, that worry spilled out into the open as Sinhalese mobs attacked dozens of Muslim businesses and even a mosque. At least one person was reportedly killed.

Muslim officials in Sri Lanka have longed warned about radicalization among their cohort. “A community pushed against the wall like this will suddenly become a fertile ground for outside forces,” Rauf Hakeem, formerly Sri Lankan justice minister and leader of the country’s main Muslim party, said in July 2014. Worsening ties with the country’s main ethnic group certainly won’t help.

It’s therefore possible that a small group of people from this discriminated-against community, angry with their country, received support to pull off a major attack. The choice of targets, particularly hotels frequented by Westerners, and the suicide bombing method used has led some to suspect the attackers had outside help.

However, striking churches in lower-middle-class neighborhoods adds a wrinkle to that narrative. “It wasn’t like they were going after the elites all at once,” Lalwani told me. “If terrorism is mainly about signaling, then this is a very confused message.”

Perhaps the motivation for the attack will come out in the coming hours, days, or weeks. For now, analysts will continue to watch Sri Lanka for signs that its worst days have returned.

“The attacks targeting Christian worshippers suggest a new front in the annals of violence in Sri Lanka,” Ayres wrote for Axios on Sunday.