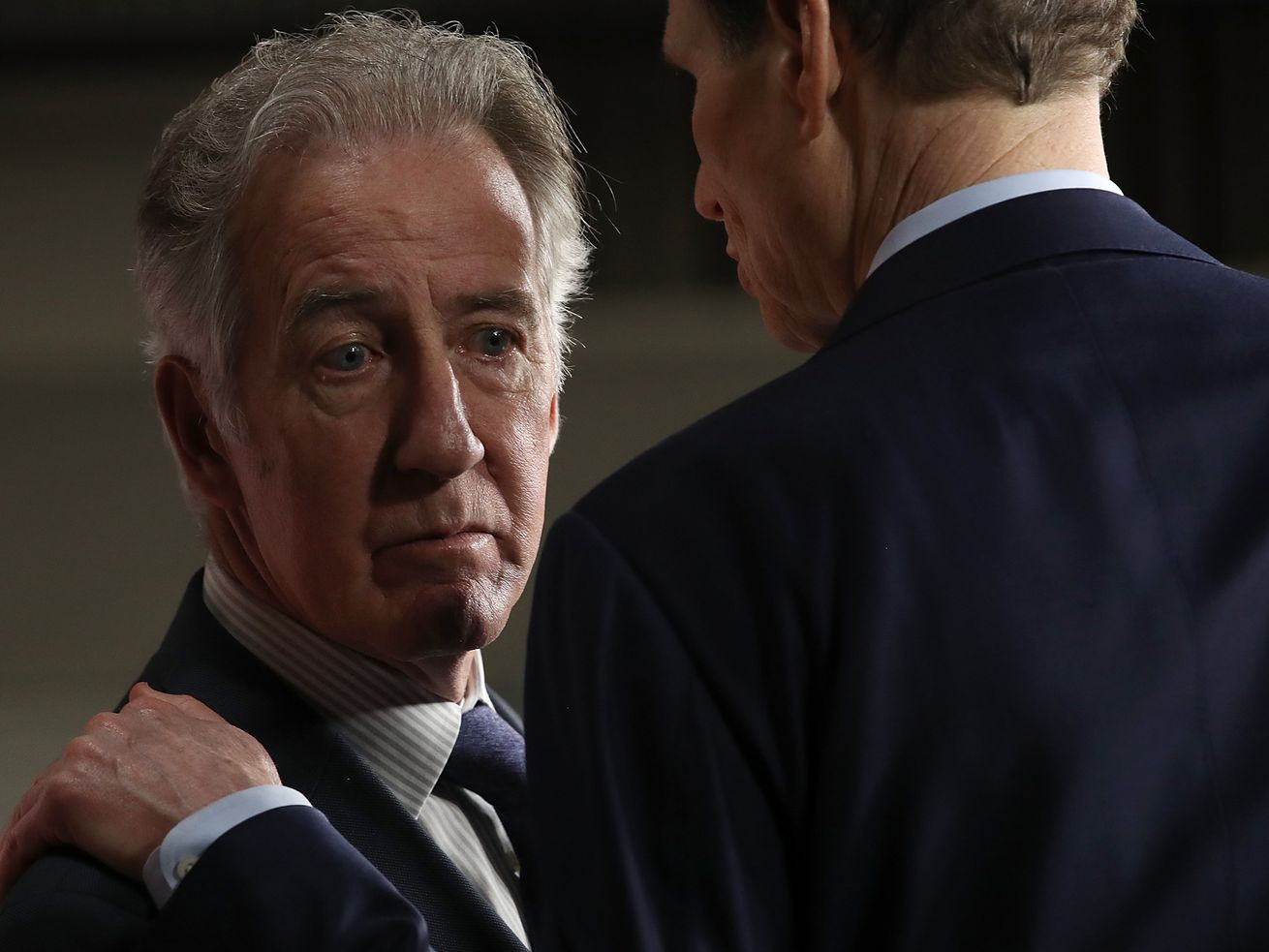 The original deadline was April 10.

Rep. Richard E. Neal (D-MA), the chairman of the House Ways and Means Committee, set April 23 as the deadline for the Trump administration to submit six years of the president’s tax returns to the committee in a letter sent to IRS commissioner Charles Rettig Saturday.

Neal originally asked for the returns to be submitted by April 10; that deadline was not met, with Treasury Secretary Steve Mnuchin citing concerns over “the unprecedented nature of this request.”

In his new letter to Rettig, Neal argues the concerns raised by Mnuchin about Congress’ investigative authority “lack merit,” and as he did in his first request, the chairman cited a law from the 1920s he says authorizes the Ways and Means Committee to request the any taxpayer’s tax returns.

“To date, the IRS has failed to provide the requested return and return information despite an unambiguous obligation to do so under section 6103(f),” Neal wrote. “I expect a response from the IRS by 5 p.m. on April 23, 2019. Please know that, if you fail to comply, your failure will be interpreted as a denial of my request.”

In his April 10 letter, Mnuchin told Neal he planned to consult with the Department of Justice about Congress’ authority in requesting tax returns. Neal said this coordination was improper.

“It is not the proper function of the IRS, Treasury, or Justice to question or second guess the motivations of the committee or its reasonable determinations regarding its need for the requested tax returns and return information,” Neal wrote.

While Democrats continue to build a legal case to obtain the tax returns, lawyers for President Trump are making the case that the request for his financial records are politization of the IRS.

Last week, William Consovoy sent a letter to Treasury arguing that releasing Trump’s tax returns was a violation of privacy, according to Vox’s Emily Stewart.

“Even if Ways and Means had a legitimate committee purpose for requesting the President’s tax returns and information, that purpose is not driving Chairman Neal’s request,” Consovoy wrote. “His request is a transparent effort by one political party to harass an official from the other party because they dislike his politics and his speech.”

What happens if the April 23 deadline is missed?

Should the Trump administration fail to supply the Ways and Means Committee with the returns by the new deadline, Neal will be left with a few options, including issuing subpoenas or working to settle the matter in court.

Vox’s Sean Illing spoke with 11 legal scholars about what might happen should the Treasury Department refuse to turn over the returns.

Philip Hackney, a law professor at the University of Pittsburgh, said Neal has done a good job of covering his legal bases so far, and said the chairman “might consider holding the commissioner of the IRS and perhaps the secretary of the Treasury in contempt of Congress” if Mnuchin refuses to cooperate.

From there, “the committee might then file a declaratory judgment asking the DC District Court to hold those officers in contempt and provide an injunction ordering them to comply with the law,” Hackney said. It would be up that court to decide whether or not to grant that request.

This option could be one Neal is open to exploring; he told CNN recently his committee had been careful in the manner in which in requested Trump’s tax returns to “make sure that the case we constructed was one that stood up under the critical scrutiny of the courts.”