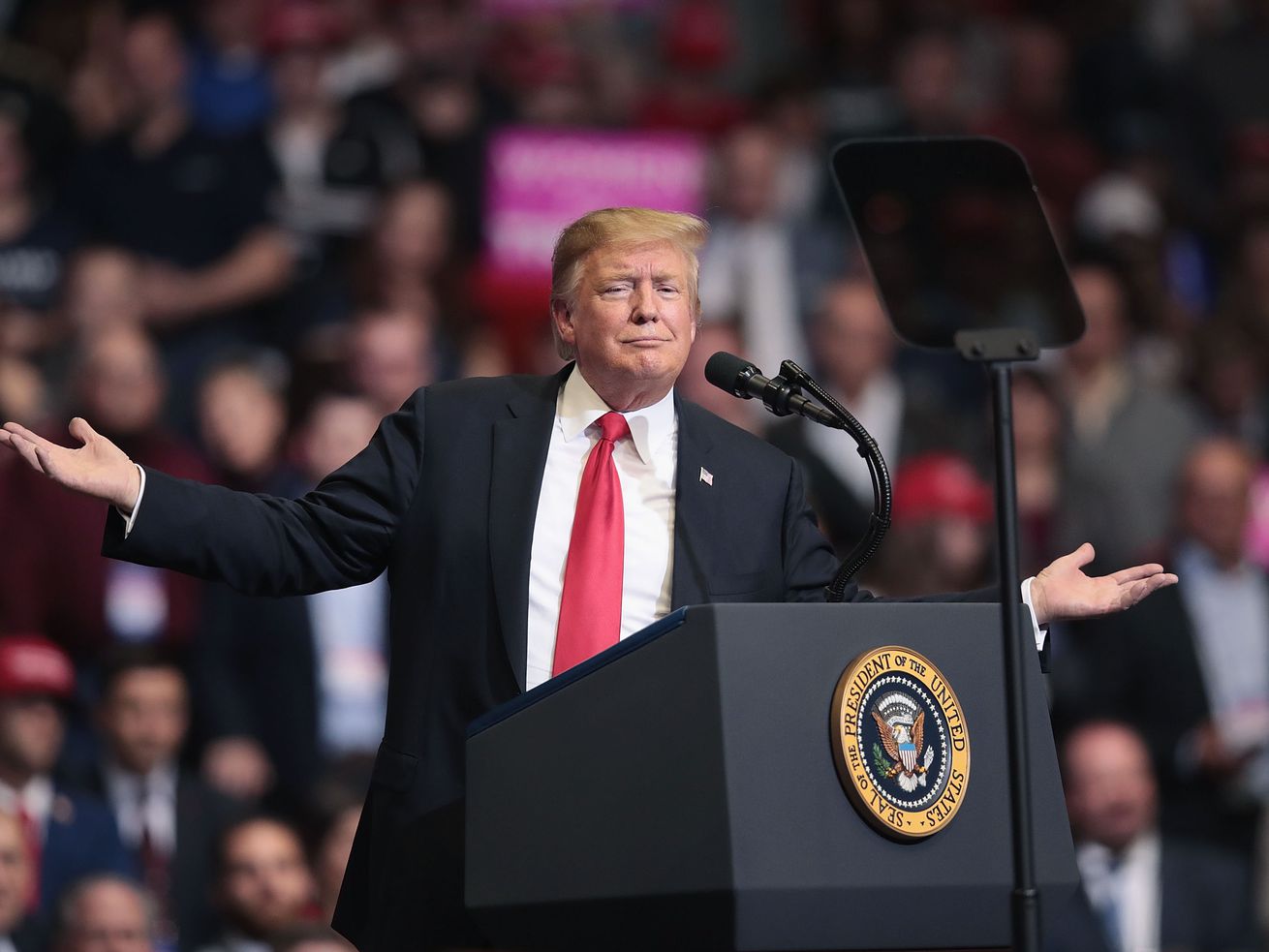 The T-shirt, on sale for $28, features an illustration of Schiff with a pencil as a neck and wearing a clown’s nose. The image stems from a new nickname that Trump bestowed upon Schiff at a rally in Michigan earlier this week.

”Little pencil neck Adam Schiff,” Trump said on Thursday. “He’s got the smallest, thinnest neck I’ve ever seen. He is not a long ball hitter.”

He spent two years knowingly and unlawfully lying and leaking. He should be forced to resign from Congress!

Everyone should buy a Pencil-Neck Adam Schiff shirt today!

Schiff came under fire from the President and his supporters earlier this week after the California Democrat maintained that “undoubtedly there is collusion” between the Trump campaign and Russia. Schiff’s assertions counter the conclusions from Special Counsel Robert Mueller’s investigation, which according to a four-page summary released by Attorney General William Barr on March 24, did not affirmatively find collusion. Now Trump’s defenders are out for blood.

On Thursday, Trump called for Schiff’s resignation from Congress and several top House Republicans, including House Minority Leader Kevin McCarthy, likened Schiff to the anti-communist fear-monger Joseph McCarthy. That same day, all nine Republicans serving on the House Intel Committee called on Schiff to step down from his post.

The “Pencil neck Adam Schiff” shirts add to an entire line of merchandise referencing the Mueller investigation available on the Trump campaign website, which also sells T-shirts with print-outs of Trump’s tweets. These include notorious messages like “NO COLLUSION,” and references to the investigation as a “Russian collusion hoax.”

The Trump campaign is charging $30 for just a t-shirt with his no collusion tweet. pic.twitter.com/SgzdoNXiEf

Trump has embraced Barr’s summary as conclusive evidence that he is exonerated of all allegations that he conspired with the Russians to influence the 2016 election. But while the report did not affirmatively find collusion, Mueller made clear “it also does not exonerate him,” either.

Well over half of Americans seem to take that finding seriously.

According to a new NPR/PBS NewsHour/Marist poll released Friday, only about a third of Americans believe that Mueller’s report clears Trump of all wrong-doing. Another 56 percent said that questions still exist and more than three-quarters of respondents say Barr’s summary was not enough and that they want to see the full report.

Despite these lingering questions, more than half of Americans believe Mueller conducted a fair investigation (56 percent), and another 51 percent were satisfied with the investigation’s results. Even House Democrats are moving on. They still plan to demand that the full report is made public, but during a caucus meeting on Tuesday House Speak Pelosi encouraged Democrats to “stay focused on our purpose for the people: lower health care costs, bigger paychecks, and cleaner government.”

The Justice Department also revealed earlier this week that the full report on which Barr’s four-page summary was based spans nearly 400 pages, raising questions about the breadth of information likely omitted by the Trump-appointed Attorney General. Barr confirmed on Friday that the Justice Department plans to release a redacted version of the report to the public by mid-April, which could potentially cast Schiff’s now-mocked assertion of collusion in a new light.