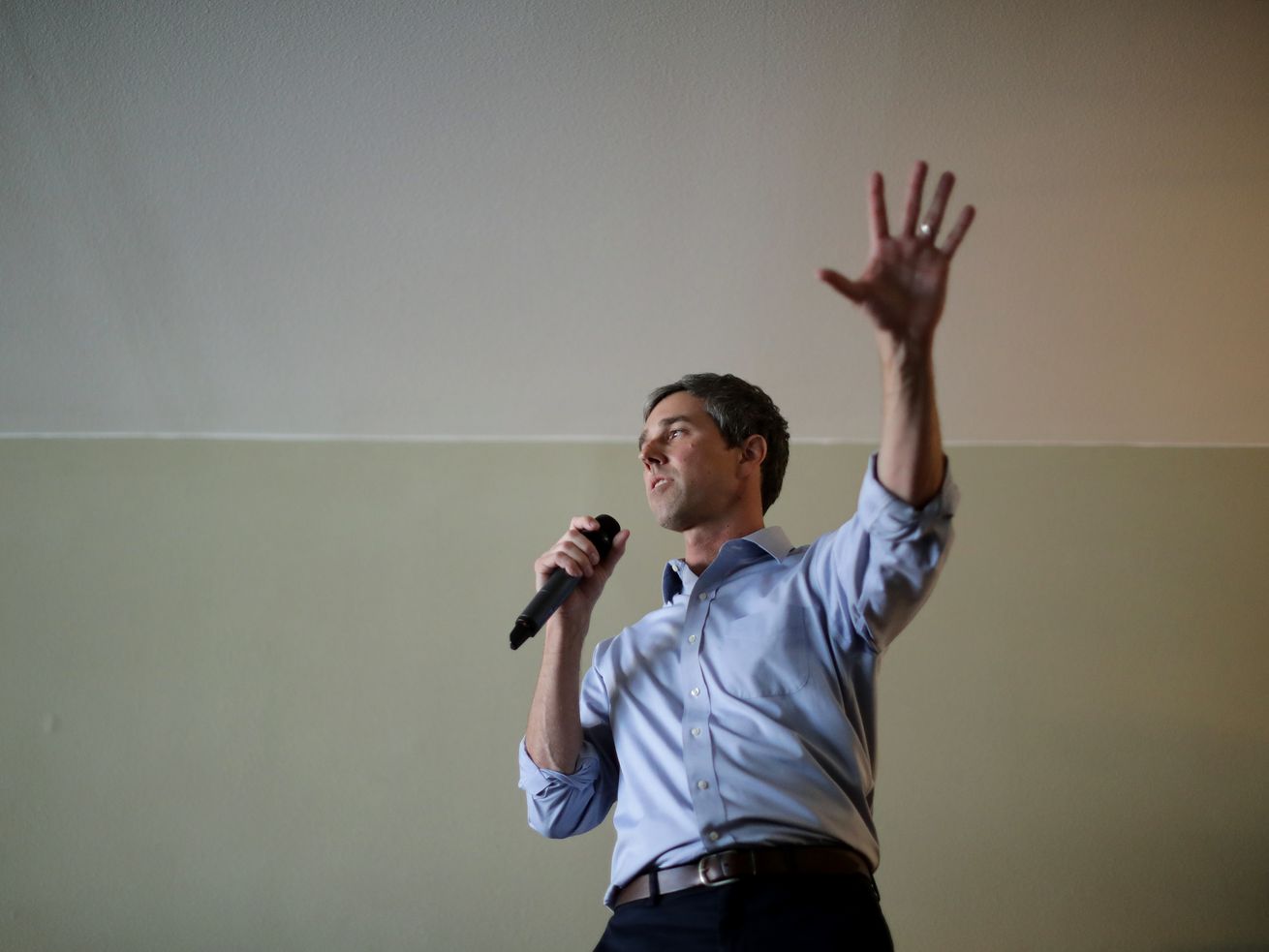 Classicist and Odyssey translator Emily Wilson explains why the presidential candidate’s approach to the Odyssey matters.

He loves it so much that he named his first child Ulysses, the Latin form of the hero’s name (“I didn’t have the balls to call him Odysseus,” O’Rourke has said).

Presidential candidate and South Bend Mayor Pete Buttigieg is a fan of James Joyce’s Ulysses, which draws from the Odyssey. He recently told Esquire that politics should be more like Joyce’s novel. “You’re in this guy’s head, and you’re kind of seeing life through his eyes, and at the end through his wife’s eyes,” he explained. “I think that same understanding of the imperative and the primacy of lived experience ought to be how our politics works.”

To get a sense of why the Odyssey resonates so much today, and what politicians’ interpretation of the poem say about them, I called Emily Wilson, a classics professor at the University of Pennsylvania and the first woman to translate the Odyssey into English. Her translation and her commentary on the poem are deeply concerned with the inequalities in Odysseus’s world — between women and men, enslaved people and free people, the wealthy and the poor. Since the poem has now become part of campaign coverage, I wanted her take on what the text itself can teach us about power and politics today.

In our conversation, which has been condensed and edited, Wilson pointed out that O’Rourke’s affection for the Odyssey may be part of a larger interest in heroism. As Moira Donegan recently wrote at the Guardian, O’Rourke is also a fan of The Hero’s Journey, a collection of conversations with Joseph Campbell, a literary theorist. Campbell posited that many myths share a common structure: The hero leaves home, is tested, wins, and returns home triumphant.

That’s one way to read the Odyssey, Wilson told me, but it’s far from the only one. The poem is also about all the people who never became powerful and, in some cases, ended up getting killed through no fault of their own. Paying attention to them — and to the differences between them and Odysseus — might help us draw more from the poem about contemporary politics and power relationships than a single-minded focus on the hero.

What was your reaction to learning that Beto O’Rourke loves the Odyssey? What, if anything, do you think this says about him as a candidate?

Talk to me a little bit more about what it suggests about O’Rourke that he has the Campbell book on his list as well as the Odyssey.

What would be a better way of reading the Odyssey against contemporary politics? What, if anything, can the poem add to our understanding of power and politics today?

The Odyssey is a poem about diversity. It’s about how people within a particular culture are different from each other. Even within the marriage, Odysseus and Penelope aren’t the same; within the household, the slaves’ experience of what the household is like is totally different from that of the owners; the experience of the presiding goddess is also different from those of her subordinates. But also it’s a poem which is interested in cultural diversity beyond the Greek world: What kinds of homes can be built that are different? What kinds of communities can there be? What if there’s a community where the queen is just as important as the king, which seems to be the case at least at the start among the Phaeacians? What if there’s a community where people don’t grow grain but instead they’re shepherd people like the Cyclops?

Also it’s a poem which has a really clear articulation of double standards that I think actually are reflected in our society — double standards not just about gender but also about power and poverty. There’s this idea that you show that you’re a nice elite person by being charitable to the poor, or by letting the poor into your house, but in the Odyssey there’s a beggar who is poor all his life, and the right thing to do in that instance is to beat him up and humiliate him.

To what degree should we as a community be thinking that the problems of those who are very, very poor should be all of our problems, or is that only the case if they’re actually elite people in disguise, and if they’re somehow not quite real poor people? One of the big questions that’s been going on among the different Democratic nominees right now is just about what degree of social safety net do we want, and that sort of resonates with questions about how do we treat very poor people, and also questions about immigration and how do we treat people who have come from somewhere else. Do we welcome them in or do we not welcome them in?

What is it about the Odyssey that makes its appeal so enduring? Why is it such a go-to reference point for people today?

I think on some level just the simplicity of the basic story — it’s about somebody being lost and trying to get home. I think also the idea of having to encounter weird people in weird situations, whether or not we define those weird people as monsters or sirens or goddesses with six heads, that feeling of, “I’m out of place because there’s something wrong with my community,” that’s also really resonant.

The Odyssey is all about the norms and rules by which we define who’s in and who’s out in the household. [It also raises] questions to do with violence — what’s the aftermath of a great war? The fact that Odysseus is a veteran coming back from war and what he does when he comes back is kill lots of people — that’s actually sort of engaged with questions that we have in our society about what effect foreign wars have on our domestic situation. It’s all tied up with debates that people have about gun control and how much is the capacity to kill other people essential to our rights as citizens or as homeowners.

Can you talk a little more about how those norms and rules come up in the poem?

The culmination of the poem is Odysseus enacting this terrible punishment on the suitors who have made themselves at home in his home, and invited themselves to be part of his community and potential husbands for his wife. They get slaughtered, and then the slaves who’ve been claimed by those wrong owners also get slaughtered, and that’s part of the way that Odysseus is redefining the space as totally belonging to himself. It’s about policing the boundaries of who gets to be part of the home.

Also, throughout the poem, there’s this sort of testing-out of which communities can Odysseus be a part of? Which communities are welcoming, which are not welcoming? What’s it like to be part of a community that’s defined by the power of a goddess, as he is when he’s on the island of Calypso or on the island of Circe? There’s a different set of norms in those societies, and one of the strange things about them is that Odysseus isn’t in charge. That’s sort of part of why does he need to get back home — it’s the only place he can be the most powerful person in the community.

We talk a lot about politicians’ and candidates’ reading lists. Should we be talking about this? What, if anything, does politicians’ reading reveal about them?

I think it’s extremely useful to know. What kinds of things has this person chosen to seek out? And also to try and think about how might that be informing their worldview.

It would be nice if there were broader debates that had to do with the reading list. It would be kind of fun if they had a section on the presidential debate where you had to discuss your interpretation of the Odyssey and defend it against those of other candidates. It probably isn’t going to happen, but it would be fun.