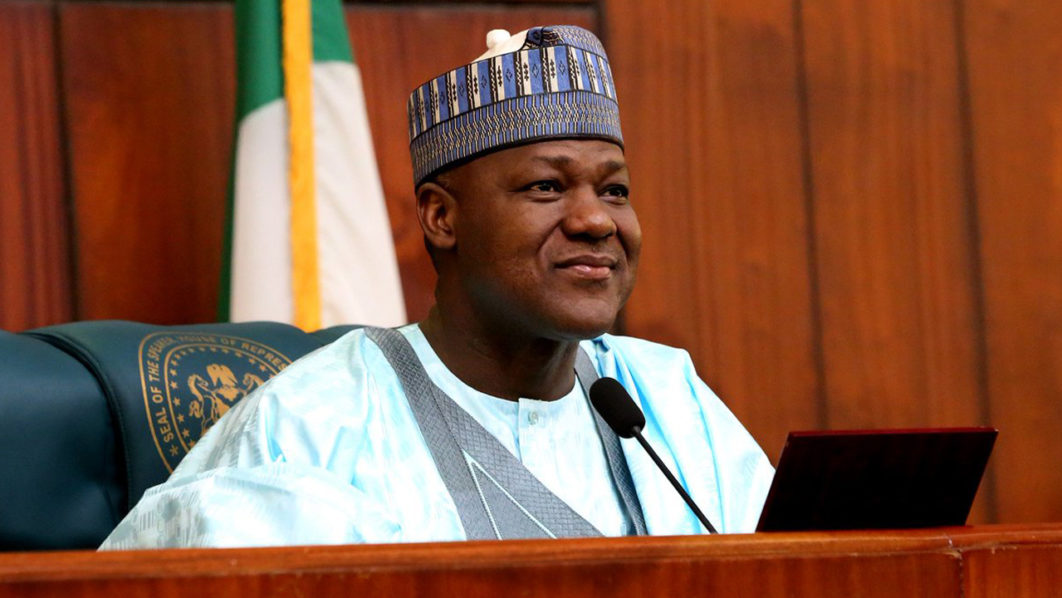 Speaker of Nigeria’s House of Representatives, Yakubu Dogara, has assured Nigerians that funding for the 2019 general elections was intact and not under any threat of sacrificing it for contingencies that may arise in the Service Wide Votes.

The lower legislative arm of the Nigeria government resumed on Tuesday 9 October after going on recess since August 21.

Prior to the recess, approval of the 2019 general election was still pending for approval by the National Assembly.

While the Independent National Electoral Commission (INEC) chairman Mahmood Yakubu presented a budget of over N189 billion for the polls, the National Assembly approved N143.5 billion for next year’s general elections.

The National Assembly electoral committee and INEC officials were to meet on the election budget to finalise the figure.

But Dogara, who spoke with journalists at the National Assembly, assured Nigerians that there was about three hundred billion naira service wide votes provision in the 2018 budget that can be used to service election funding.

He stated that the legislative arm considers issues affecting Nigerians as a top priority, as pending matters regarding Electoral Act would be given needed attention.

“We are here to serve public good, these issues are outstanding and it was never going to be threatened in any way as was widely perceived, because we have a provision in the budget for service-wide votes, about three hundred billion and whatever was the emergency would have been met from that service-wide fund that we have allocated in the budget.”

Dogara assured Nigerians that the House will uphold its responsibility of being true representatives committed to upholding the interests of the people.

On the electoral act and pending election budget before the National Assembly, he said, “I can assure you that as soon as we get the reports submitted from the various committees hopefully within the week, in no time, we should be able to deal with them.”

“Whether it is the Electoral Act or the funding for elections and the appropriate funds for INEC is approved, and I can assure you that in no time, even if it is to be done within a day, we are committed to doing it because the only thing that guarantees democracy is free, fair and transparent elections.”

“We are committed to passing and dealing with them (election budget and electoral act) in no time to ensure that we have a very credible, fair and transparent election in 2019.”