The afrobeats star got honoured in the United States by the governor of Minnesota, Mark Dayton when the 6th of October was declared Wizkid Day. Citing several historic feats made by the artiste in the proclamation, the artiste became the first African artiste to sell out Skyway Theatre.

This event occurred at the #MadeInLagos concert held in the state. 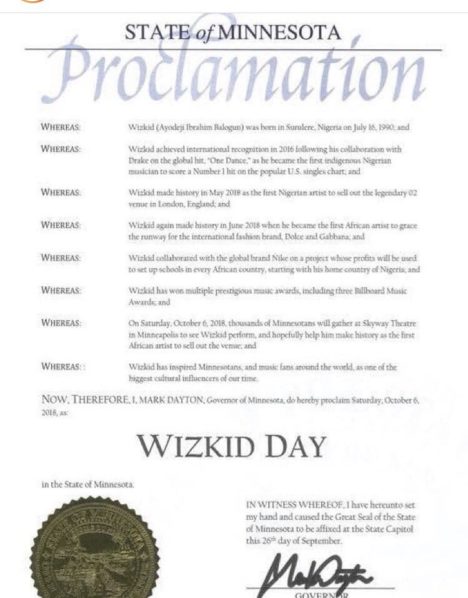 Wizkid makes history again after Governor of Minnesota, USA declares Wizkid Day in the state, as he became the first African Artist to sell out Skyway Theatre. pic.twitter.com/toTDFXxGsW