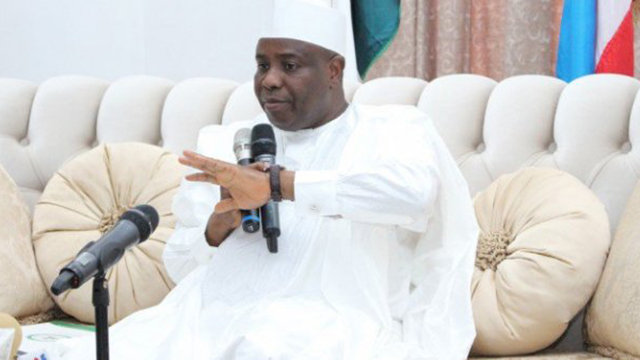 Presenting the items to the beneficiaries, Gov. Aminu Tambuwal of Sokoto described IFAD as formidable pillar in boosting agriculture and on the other hand, mitigating the level of poverty among the people.

Tambuwal, represented by the Permanent Secretary, Ministry of Agriculture and Natural resources, Alhaji Sani Shuni, commended IFAD for the gesture and solicited for more of such to maintain the tempo.

“This gesture is one of the cardinal tools of every good administration, as it enhances agriculture and food security among the society.

“As such we will ensure the system is fully maintained in order to boost our farming activities and increase the level of income among rural dwellers,” Tambuwal said.

The governor further called on the beneficiaries to judiciously utilise the gesture to achieve the desired goal as it was meant for.

The state Program Coordinator, Alhaji Aminu Dogon-Daji, said that the gesture was in line with IFAD quest to address the level of poverty among the rural people in the country.

“So IFAD deemed it necessary to come up with the modalities that will help to curtail the situation under N-Agripreneurs programme.

“As such about 70 people are going to benefit with different types of businesses under the designed programme, out of which five persons were selected from five local governments for Animal Traction.

“The selected beneficiaries were also given N70,000 each for the take off and will only pay back 50 per cent of the amount given as it is in IFAD-CASP N-Agripreneurs,” he said.

Dogon-Daji further restated IFAD commitment towards restoring the lost glories in agricultural sector and assured the sustainability of such programmes to the development of the state and Nigeria as a whole.

One of the beneficiaries, Malam Yusuf Abubakar from Illela local government, expressed gratitude to IFAD for the gesture and assured of the good use of it.

He said before the intervention of IFAD, the beneficiaries were facing a lot of challenges within their environment, as they have no enough farming working tools to care for such challenges.