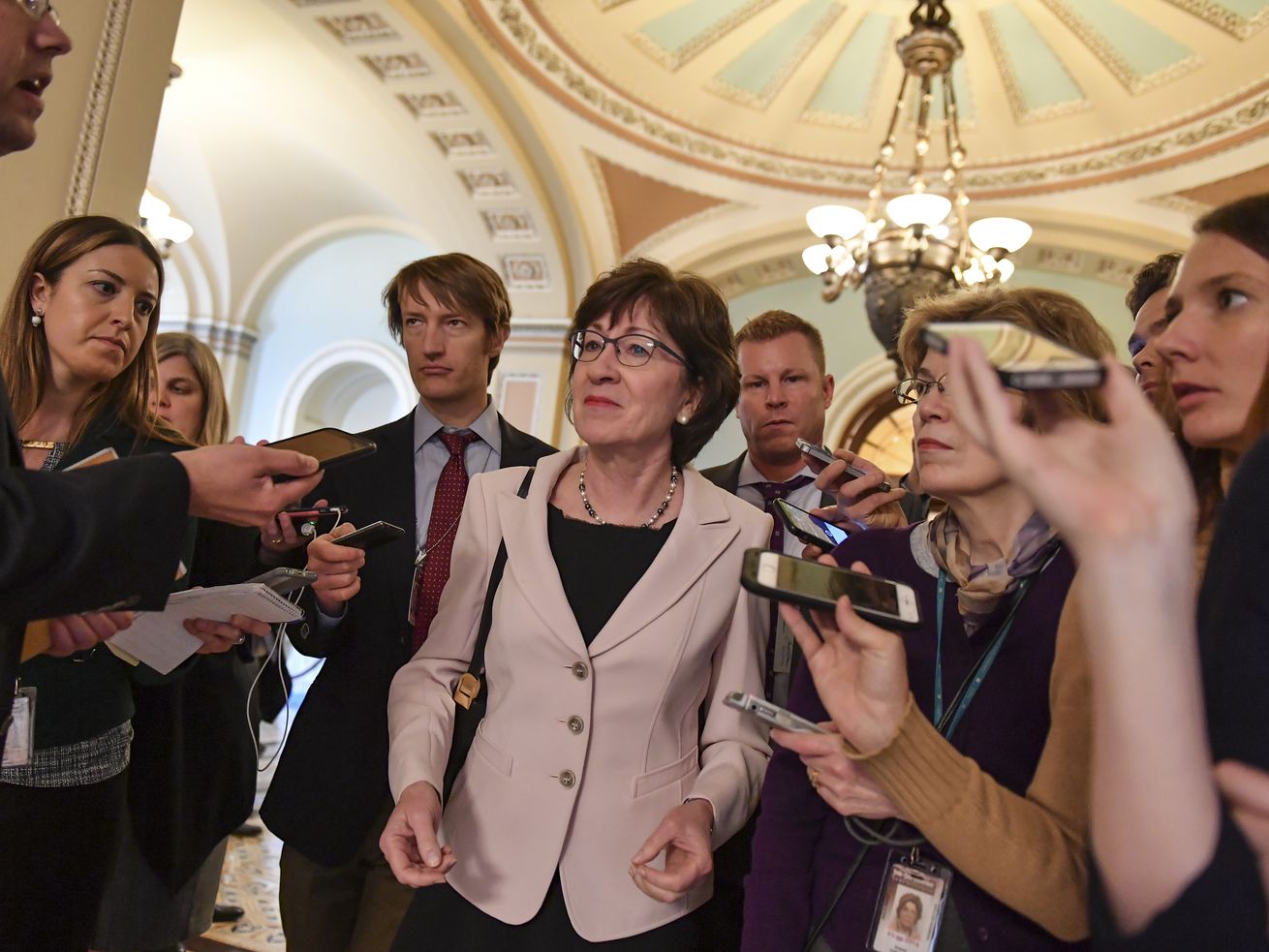 Susan Collins has publicly announced that she will support Brett Kavanaugh’s nomination to the Supreme Court. West Virginia Democrat Joe Manchin will as well. The Senate is expected to confirm Kavanaugh this weekend.

Collins has a long-standing reputation as a moderate. She is also a prominent and powerful woman at a moment when gender issues — namely, sexual violence and harassment — have become the focal point of political debates. After fellow Republican Sen. Lisa Murkowski announced she wouldn’t support Kavanaugh, all eyes turned to Collins, the last Republican holdout. She has frequently been the subject of questions about whether legislators from a different era and wing of the party might constrain Trump and Trumpism.

As the small group of Senate “undecideds” – Jeff Flake, then Collins and Manchin – broke toward supporting Kavanaugh’s confirmation, the internet has turned toward the usual stories about norms and guardrails. In a piece Thursday night, Fareed Zakaria lamented the “dysfunction” of the process and noted the need for a mix of democratic institutions and those that are insulated from public pressure. Adam Serwer wrote about the “guardrails falling” in reference to Kavanaugh’s likely judicial posture toward executive power.

Process was one of several stars in Collins’ speech, as she criticized the period after Ford’s allegations as a “dysfunctional circus.” She made references to the partisan tenor of the debate and the participation of interest groups. These comments fit into a narrative that has already had some time to develop. Chuck Todd wrote before the hearings even happened that they were an “embarrassment,” laying some blame on both sides of the aisle. Liberal and conservative outlets were united in their use of the word “spectacle” to describe the day of hearings. David Brooks returned from vacation to bemoan the “unvarnished tribalization of national life.” (Original italics) In other words, according to these takes, what went wrong with the Kavanaugh hearing was the form and the optics.

This is how narratives are born. This one may well go: The Kavanaugh nomination process was unwieldy, partisan, ugly, allowed politics to intrude on a solemn occasion among vaunted elites. Our political culture seems to gravitate toward narratives that hold division and disruption in low esteem. A severe but not entirely unfitting analogy is the lesson many of us learned about how Andrew Johnson was the victim of a nasty partisan impeachment in the 1860s — not that he was a vile racist whose decisions after the Civil War have haunted the nation ever since. Similarly, many Americans believe a sanitized version of the history of the Civil Rights movement, failing to realize how much activists had to disrupt normal politics and dislodge accepted norms in order to end unjust practices.

A portion of Collins’ speech was also dedicated to affirming her support for the #MeToo movement and attesting to the stories from survivors that she has heard. She implied that she understood the prevalence of the problem and the secrecy and shame that perpetuate it.

But these two elements of the past — norms of bipartisan civility and elite consensus, and violently enforced second-class status for women, people of color, LGBT people, etc. — are connected. Civility is not an end on its own if the practices and beliefs it upholds are unjust. Another word for what we now call “tribalism” is disagreement. The particular disagreements that define contemporary politics are connected to the introduction of controversial issues and the demands by specific groups for justice and equal treatment.

By questioning the legitimacy of a vigorous and messy process, Collins laid bare the core elements of her political reputation: as a Senator who values the dignity of the chamber over any set of partisan principles. Of course, then she announced that she would vote with her party, observing the norm of presidential deference that guided her votes for Gorsuch, Roberts, Alito, Sotomayor, and Kagan.

There are values that transcend partisan politics and unite people over squabbles about issues of social life and morality. The thing is, not all of those values are worth preserving.