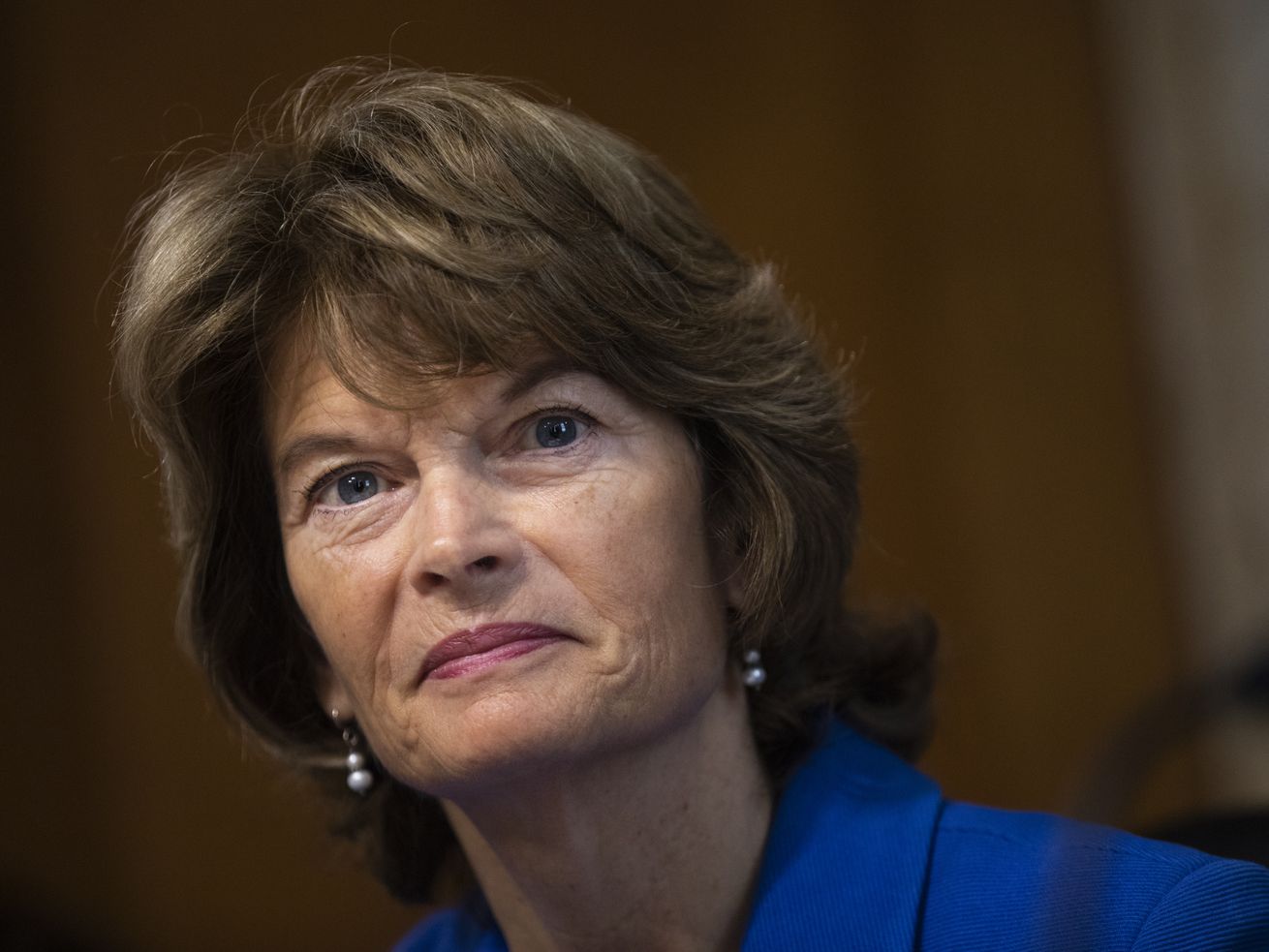 She was the only Republican to do so.

Alaska Sen. Lisa Murkowski, one of a trio of pivotal Republican swing votes, made a bold statement regarding Brett Kavanaugh’s nomination to the Supreme Court on Friday: She voted against an effort to advance it further on the Senate floor.

To be clear, this move was not a vote on Kavanaugh’s nomination itself but a procedural step that limits debate on it. Still, Murkowski’s vote is a likely indicator of how she plans to vote on his actual confirmation, which could get a vote as early as this weekend.

Murkowski spelled out her sentiments more clearly to reporters after the vote. “I believe Brett Kavanaugh is a good man,” she said, adding, “[he’s] not the right man for the court,” according to Politico’s Kyle Cheney. Murkowski also said she did not make up her mind until she walked onto the Senate floor on Friday.

Her vote is especially significant because she’s one of a closely watched set of Republicans — alongside Susan Collins and Jeff Flake — who could make or break Kavanaugh’s nomination. Up until this week, Murkowski had kept her cards close to the chest and remained undecided about Kavanaugh, telling reporters on Thursday that she was still poring over an FBI report examining sexual misconduct allegations against the nominee.

A lot of the attention in the Kavanaugh fight has been on Murkowski and Collins from the beginning, given both of their votes against a repeal of the Affordable Care Act last year. Many observers were wondering if they would respectively pull a similar move and block Kavanaugh’s nomination this time around.

Murkowski’s vote suggests that she might just do so.

Ever since Christine Blasey Ford, a Palo Alto University professor, came forward about sexual assault allegations against Kavanaugh a few weeks ago, Murkowski has been among the most vocal in pressing for a delay and, subsequently, an FBI investigation.

She told the New York Times last week that the conversation around Kavanaugh’s nomination had shifted to believing a victim of sexual assault versus simply weighing Kavanaugh’s qualifications. “It is about whether or not a woman who has been a victim at some point in her life is to be believed,” she said. She also came forward earlier this week with her own #MeToo moment.

Separately, Alaskan groups have been pressing Murkowski to oppose Kavanaugh’s nomination due to concerns that he could chip away at the rights of indigenous peoples. These groups were crucial to her write-in campaign in 2010.

Murkowski’s Friday vote means that Republicans likely can’t count on her to bolster their support for Kavanaugh as the Senate moves toward a vote on his confirmation. Because of Republicans’ razor-thin 51-49 Senate majority, they need at least 50 votes in order to confirm Kavanaugh. (In case of a tie, Vice President Mike Pence can step in and break it.)

If Murkowski opposes Kavanaugh and the Democratic caucus remains united (by no means a sure thing), Republicans are left with just 49 votes for part of this weekend, since Sen. Steve Daines (R-MT) has already indicated that he will be out of town for his daughter’s wedding on Saturday.

If this is seen as a possible outcome, McConnell is expected to push the vote until Sunday when Daines can return and participate — ensuring that Republicans can get to the 50 votes they need to get Kavanaugh through.

Their ability to do so, however, depends on whether any additional Republicans decide to vocalize their opposition.