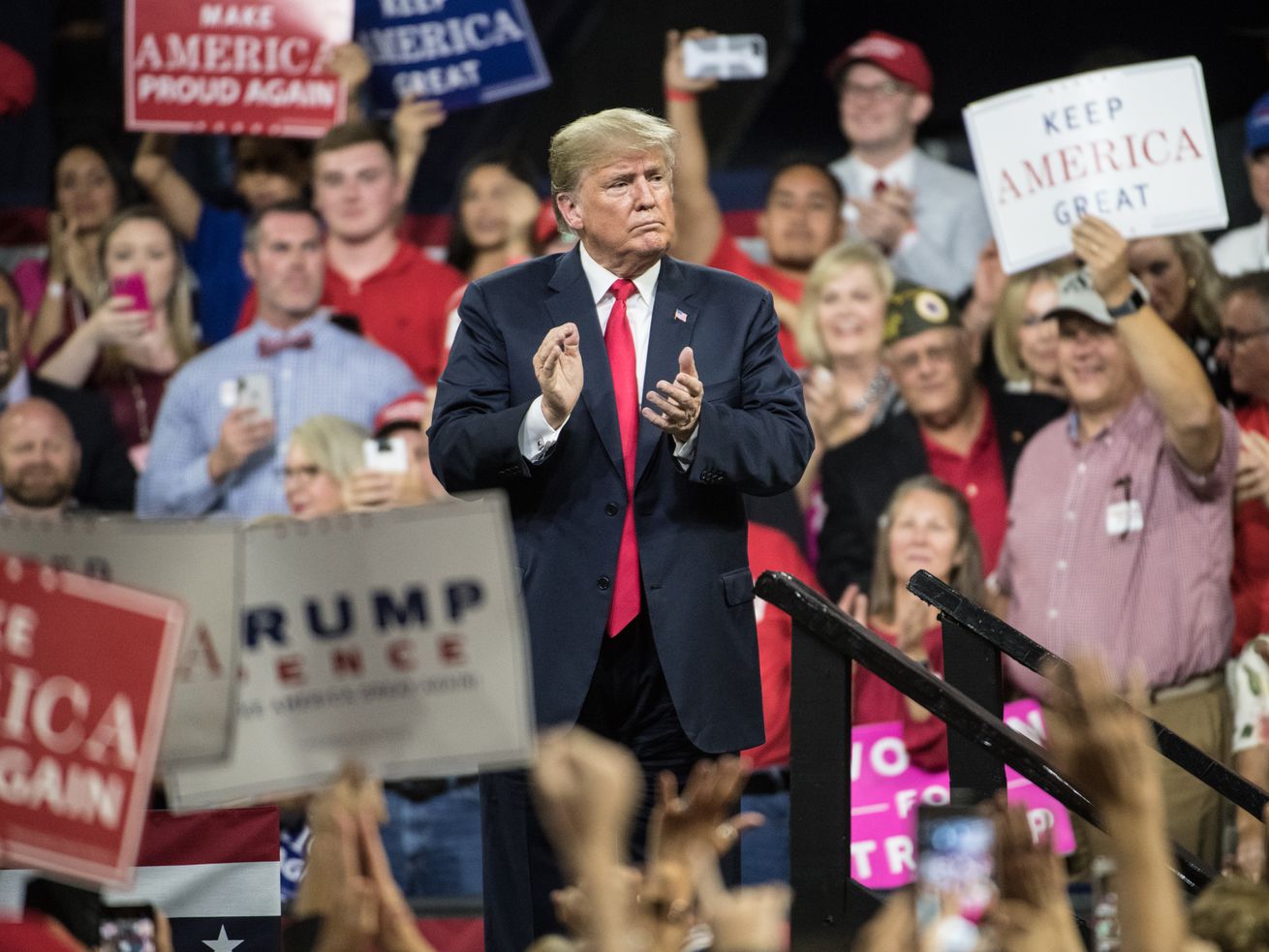 “Upstairs? Downstairs? Where was it — I don’t know.”

President Donald Trump isn’t holding back on Christine Blasey Ford, the Palo Alto University professor who accused Supreme Court nominee Brett Kavanaugh of sexually assaulting her in high school. Instead, the president is blatantly mocking her.

Trump went on stage at a rally in Mississippi Tuesday, mimicking Ford’s Senate testimony and attacking her for gaps in her memory.

Here’s a clip of the moment:

“We had another woman just reported by a sleazebag lawyer named Avenatti,” Trump said. “Sleazebag! Sleazebag! Even NBC couldn’t shield her with that interview. This woman had no clue what was going on.” He was referring to a recent NBC News interview with Swetnick.

Ford gave a detailed account of the assault last Thursday in front of the Senate Judiciary Committee and a sex crimes prosecutor hired by Republican staff to question her. While Ford has been honest about not remembering the exact date of the assault, or the address of the house in which it occurred, she did describe the room where it happened (it was upstairs), and the assault itself — as well as the impact it has had on her life since.

Ford has also said that everyone at the party had had one beer. But she said that Kavanaugh and his friend Mark Judge — who she said was also involved in assaulting her — were visibly much more intoxicated. Like Kavanaugh, Judge has denied the assault took place.

The White House has consistently stood by Kavanaugh. Trump, at the direction of the Senate, ordered the FBI background investigation into Kavanaugh be reopened for a short period of time before the confirmation vote.

When Ford first came forward with her allegations, Trump was notably quiet, focusing on his praise of Kavanaugh, who he called one of the “great intellects” of our time. He has in the past poked holes in Ford’s story, asking why she or her parents didn’t go to the police at the time.

But known for attacking women who have spoken out about sexual assault in the past — especially those that have come out against him — Trump appears back to his true form.