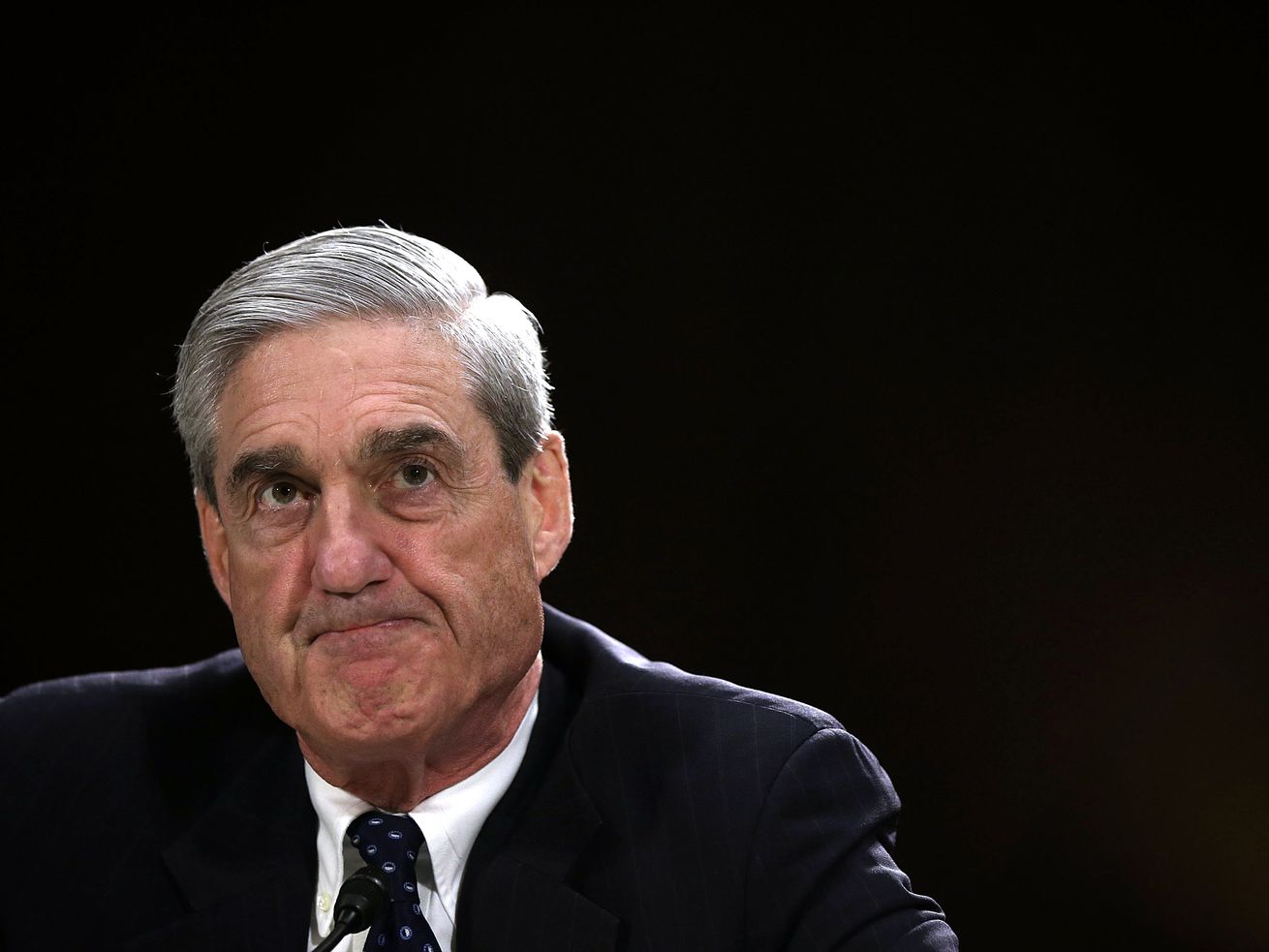 The Mueller protection bill passed out of committee, but Mitch McConnell won’t bring it to the floor for a vote.

On Monday, Washington experienced nearly an hour of confusion and chaos amid reports that Deputy Attorney General Rod Rosenstein was either resigning or about to be fired by President Donald Trump over reports that Rosenstein had discussed “wearing a wire” to tape the president and possibly removing him from office in 2017.

Rosenstein denied the reports, and as of Wednesday, he still has his job. But on Thursday, he’s expected to meet with Trump at the White House to discuss the reports face to face.

And some senators are so concerned that Trump might still fire Rosenstein that they have been taking steps to protect special counsel Robert Mueller’s Russia investigation should that happen.

That’s because Rosenstein oversees the special counsel’s investigation and is the person with the power to fire Mueller. He’s vowed to protect the investigation, but there’s no guarantee that his potential replacement would do the same.

With the possibility that Trump could soon fire Rosenstein — and install someone who might be more willing to curb or even end the Mueller probe — senators on both sides of the aisle are sounding the alarm.

Sen. Susan Collins (R-ME), who sits on the Senate Intelligence Committee, told CNN’s Manu Raju: “If there’s any attempt to fire or force out Deputy Attorney General Rosenstein, that would be a huge red line and very problematic.”

“If he is fired, it’s a ‘break the glass’ moment,” said Sen. Richard Blumenthal (D-CT), a member of the Senate Judiciary Committee, in an interview with Vox. “Our democracy would be under attack; it would be a direct attack on the rule of law and potentially on the special counsel. And that’s why we need to come together on the bill.”

The bill he’s referring to is the Special Counsel Independence and Integrity Act, a bipartisan bill from two Democrats and two Republicans that would, in the event that Trump fired Mueller, put the decision under judicial review and allow Mueller to appeal.

The bill has passed out of committee with Republican support, but it’s stalled on its way to the floor — mainly because Senate Majority Leader Mitch McConnell doesn’t think it’s necessary.

In mid-April, the four senators joined forced forces to merge their bills into a single piece of legislation: the Special Counsel Independence and Integrity Act.

Here’s how the bill would work: If a senior Justice Department official were to fire Mueller, the bill would put the firing under judicial review and allow Mueller to appeal. The Justice Department would be required to inform Mueller in writing of the specific reason for his firing and give him a 10-day window to appeal the decision to a judge after the fact. If the review finds there wasn’t good cause to fire the special counsel, the firing wouldn’t go into effect.

The final version of the bill made it out of committee in late April — it passed the Senate Judiciary Committee with support from four Republicans, including Chair Chuck Grassley (R-IA). But it’s hit a snag getting to the floor: Majority Leader McConnell, who has given no indication he’ll bring the bill to the floor for the full Senate to vote on it.

“I don’t have anything to tell you,” Coons told Vox Tuesday when asked about the bill’s status. Asked if he’d talked to McConnell about the bill, Coons shook his head. “Not recently, not that bill.”

Asked if McConnell plans to bring the bill to the floor, his spokesperson David Popp referred Vox to statements the leader made in April to CNN that he doesn’t think a Mueller protection bill is needed.

“I don’t think [Trump] should fire Mueller and I don’t think he’s going to,” McConnell said at the time. “So this is a piece of legislation that isn’t necessary in my judgment.”

As Vox’s Tara Golshan has explained in detail, some Republicans have said they think the bill to protect Mueller is unconstitutional, arguing that Congress doesn’t have the authority to tell a president when he can and cannot fire one of his employees.

But as Golshan notes, the question is not clear-cut, and legal scholars are divided on the issue.

Some Republicans who support the bill, including Graham, have said they’re doing so to signal support for the Mueller investigation. This could mean signing on to the bill is more symbolic than substantive for Republicans. Tillis has pushed for the legislation each time Trump attacks the Justice Department or the investigation on Twitter, and its support is growing slowly. But with McConnell unconvinced it needs to make it to the floor, the bill’s chances seem slim.

Kennedy, a skeptic of the protection bill, told Vox Tuesday that the whole question is probably moot anyway because he doesn’t think Trump will fire Rosenstein.

“I believe Mr. Rosenstein, I think somebody leaked this on purpose to see if the president would react,” Kennedy said of the story claiming Rosenstein proposed wearing a wire. “I think the president’s too smart for that.”

If Trump indeed does fire Rosenstein on Thursday, some senators are concerned that Mueller could be next. And if that happens, they won’t have prepared any way to be proactive rather than reactive.

“[I’m] absolutely concerned,” Sen. Mark Warner (D-VA), the ranking member of the Senate Intelligence Committee, told Vox on Tuesday. “They all say they want the Mueller investigation to conclude. The best way we can do that is protect Mueller.”