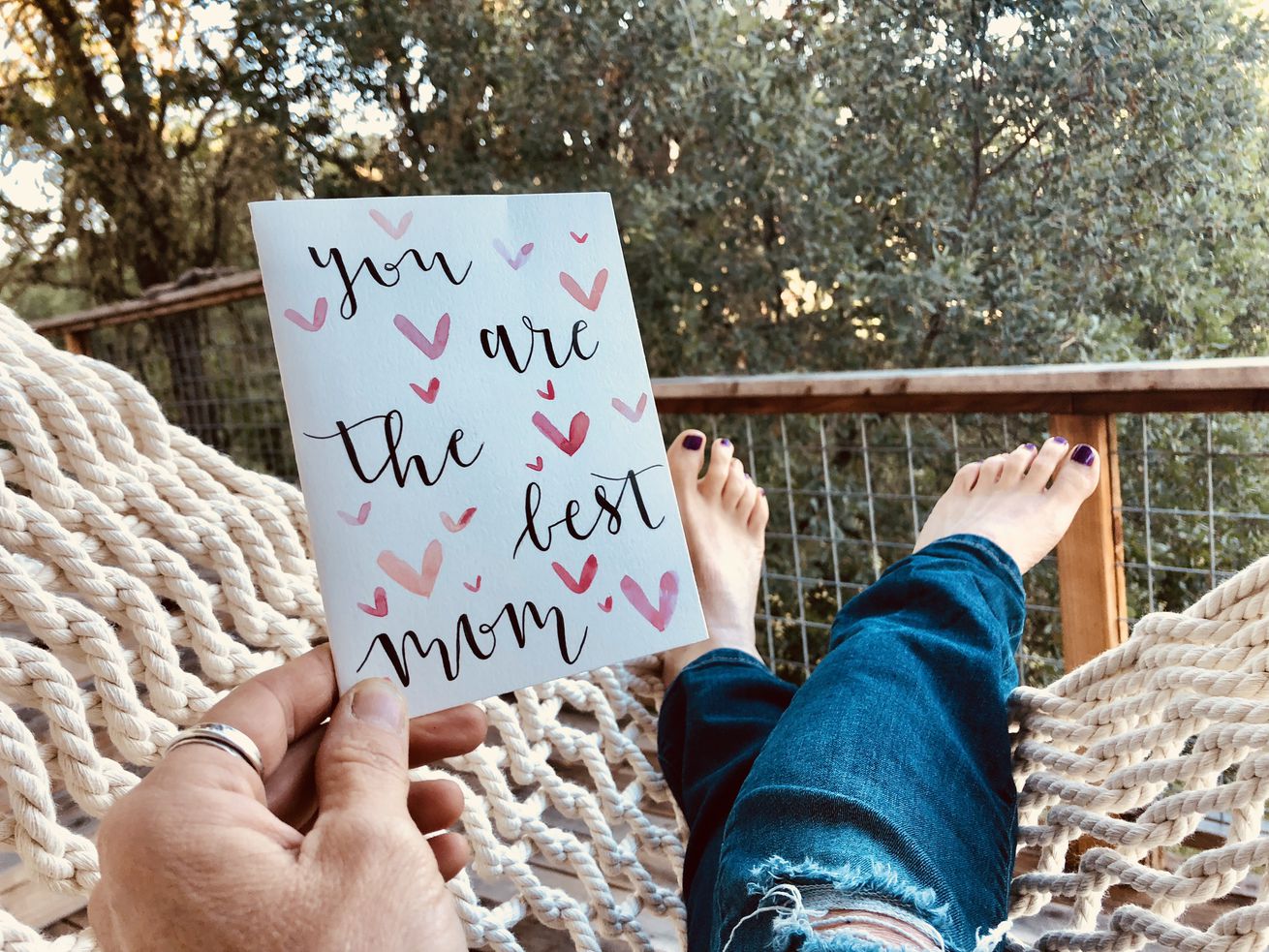 Welcome to Noticed, The Goods’ design trend column. You know that thing you’ve been seeing all over the place? Allow us to explain it.

What it is: Loose, very feminine script that looks like it was done with a brush. This kind of font or calligraphy has a ton of bounce, meaning the letters don’t all sit on the same baseline; they rise and fall, often rotated at different angles, giving the full word or phrase a fun, whimsical look. There are a number of different typefaces that fit into this stylistic bucket, but let’s call them, collectively, “bridesmaid fonts.”

Where it is: All over Pinterest, Etsy, craft stores, and in chains like Charming Charlie. It’s printed on greeting cards, home goods, and wine glasses (“I need wine right meow”). It’s particularly big in the bridal market, on invitations as well as gifts for bridal parties like custom robes, bags, decals, and makeup cases. If you go to Etsy’s landing page for bridesmaid gifts, it’s an absolute sea of bridesmaid fonts. (This style is also popular with the hip Christian clothing company Altar’d State, which puts it on the front covers of journals and the bible.)

Why you’re seeing it everywhere: This style of script has found mass distribution thanks in no small part to corporate America (Charming Charlie, for instance, has more than 260 stores around the country). But while bridesmaid fonts adorn many consumer products — and dovetail with the boho-chic look marketed by mega-brands like Free People and Anthropologie — they’re appealing because they look intimate and human.

“When you see it, it immediately feels a lot more organic and warm than some austere, über-professional geometric sans,” says James Edmonson, a San Francisco-based type designer. “I think that’s why people want it for their weddings and for things that are very personal.”

Thus, invitations and custom bridal party gifts. And in the world of weddings, where design and decoration choices are often framed in terms of their adherence to or deviation from tradition, script signals the formality of a big life event while added bounce telegraphs individuality. Calligraphy that stays planted on its rails, uniformly slanted, would look much more conventional.

I showed a bag that says “Bride Squad” in looping script to Elaine Charal, a handwriting analyst in Toronto, to see what she made of its trampolining letters.

“It does suggest a bit of spice to the personality,” Charal says. “If it’s too rhythmic, too school form, you’re looking at a more traditional type of personality. One reason this font is so attractive is that it combines so well all the traditional qualities with spice and sass.”

There isn’t one bridesmaid font — it’s more about a set of unifying characteristics that present a modern riff on a very old practice.

From the mid-19th century through the 1930s, Spencerian script was the dominant form of cursive taught in American classrooms; it was elegant and filled with flourishes, as in Coca Cola’s logo. Spencerian script was overtaken by the simplified Palmer method of the 1920s, which was in turn gave way to the Zaner-Bloser method and the D’Nealian method. Today, many students don’t learn cursive at all.

In the mid-century, type designers really started messing with the conventions of script, Edmonson says, pushing them upright, rather than keeping them at a slant. During the 1960s, designers added a lot of bounce to their scripts, and the ’80s and ’90s brought on a wave of expressive, experimental calligraphy, as in the spiky lettering on the cover of Prince’s 1984 album Purple Rain.

The home goods company Rosanna Inc sells plates and trays with phrases like “It was always you” and “You da mom!” written on them in looping script. Rosanna Bowles, the company’s president and art director, says that women often buy these as gifts for one another. The handwritten messages on them are meant to read as notes of love, support, and congratulations — an emotional, woman-to-woman experience for which a “noodly, feminine script” is the best match.

Bowles has been using handwriting in her designs since she founded her eponymous brand in 1982, but she says that she’s seen more of this style since the recession in 2008. During that period of uncertainty and fear, she noticed people getting back to cooking at home and making things by hand.

On top of that, the 24/7 digital-everything nature of our world — where we communicate in the same sans serif type as everyone else on text, email, and social media — may have us hankering for typefaces that feel human, almost messily so. Goop, home of all things wellness, used scrawling, partially connected lettering for the cover line of its third magazine issue — a rougher, less expected cousin of the bridesmaid font.

At some point, perhaps, bouncy, ultra-feminine scripts will become so ubiquitous that they’ll cease to represent the personal affection and individualism that they do now. But that time has not come.

“Honestly, it has so much more longevity than I would have expected when we started seeing it a couple of years ago,” says Edmonson. “I keep thinking we’re seeing it phase out, but if you do searches on font distributors like MyFonts and Creative Market, you see new typefaces are being added in this genre all the time.”