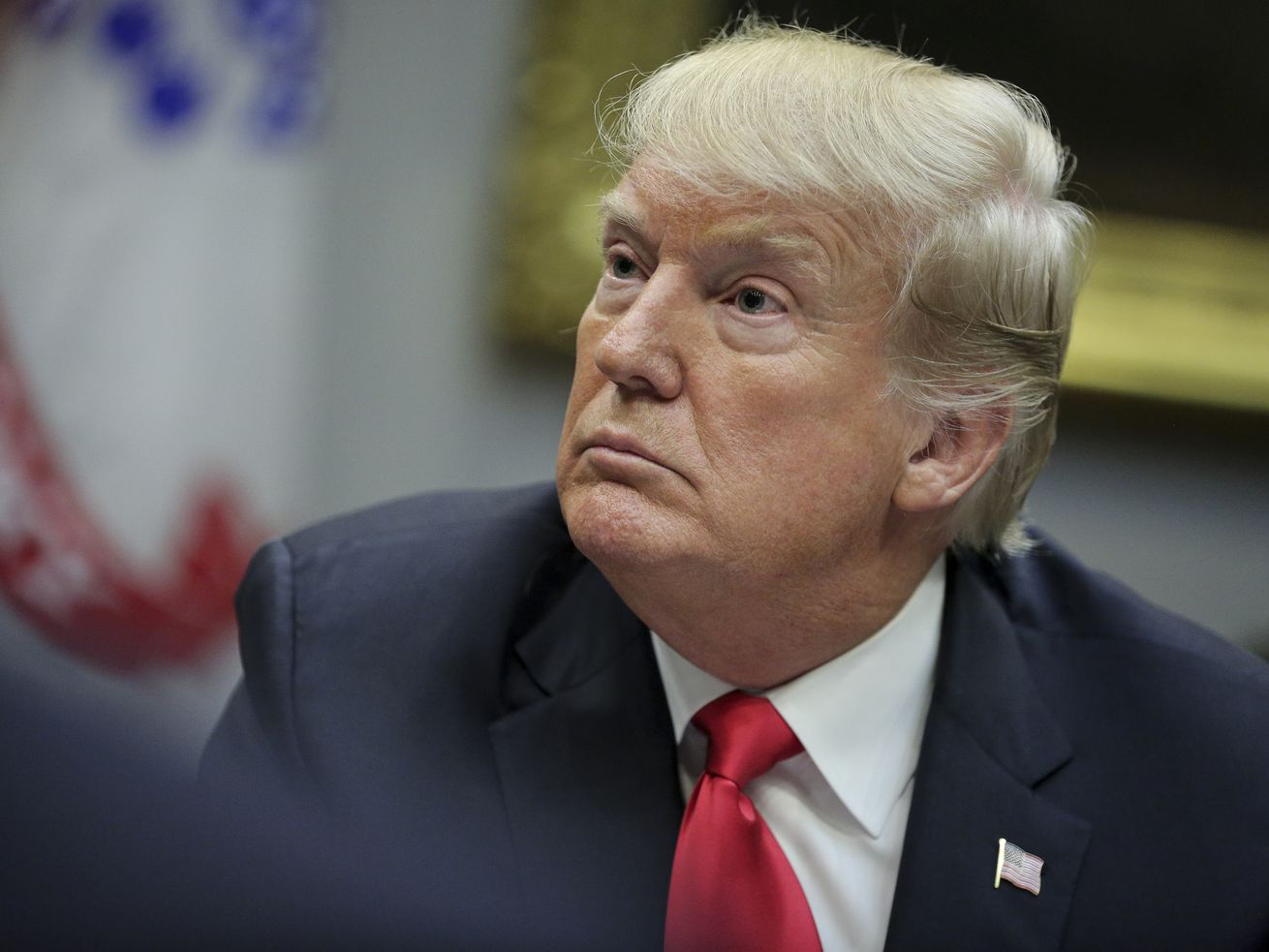 He’s ordered the release of many unredacted texts from officials involved in the Russia investigation.

President Trump just dramatically escalated his efforts to interfere with the Russia investigation.

Late Monday afternoon, White House Press Secretary Sarah Sanders released a benign banal-sounding statement: that, “for reasons of transparency” and in response to requests from Congress, President Trump has directed the Justice Department to declassify a whole bunch of materials related to the Russia investigation — the ongoing inquiry into his own campaign — immediately.

Those materials include a few specific things Trump wanted declassified: certain sections of the Carter Page FISA application (but, notably, not other sections of it) and FBI interviews related to Page, as well as FBI interviews with Justice Department official Bruce Ohr.

The real bombshell, though, was in the second paragraph of Sanders’s statement: “President Donald J. Trump has directed the Department of Justice (including the FBI) to publicly release all text messages relating to the Russia investigation, without redaction, of James Comey, Andrew McCabe, Peter Strzok, Lisa Page, and Bruce Ohr.”

In other words, the president is demanding the release of an enormous amount of internal material, without redaction, about an ongoing investigation into his campaign and his associates.

Those text messages could discuss all manner of things, including, potentially, investigators’ suspicions, secret evidence, investigative methods, and information on confidential sources whose lives could be put at risk (if his instruction to release them “without redaction” truly is carried out).

The president has declassified minor materials before, but he’s done never done anything as wide-ranging as this. And he’s doing this days after his former campaign chair, Paul Manafort, finally agreed to cooperate with Mueller’s team.

The goal appears obvious: Trump is searching for something, anything new he can use to try to discredit the investigation. The GOP has been making hay of the texts between Strzok and Page all year, and this is an effort to surface similar material Trump can use to attack Mueller.

Trump has singled out Russia investigation-related texts from four former officials and one current official who he and conservative media have cast as villains in their narrative of a deep state plot against the president.

One thing to note about these officials is that none of them are known to have had any role in the Mueller probe after the summer of 2017, so any information released in these texts will be somewhat outdated.

It is also unclear how often Comey and McCabe texted about the Russia investigation — they may have preferred other forms of communication. And Ohr is not known to have ever had any official role in the investigation.

However, Strzok and Page were deeply involved in the day-to-day workings of the Russia probe for much of 2016 and 2017, and they texted a whole lot about it, too. Many of those texts were released earlier this year at congressional request, but they were heavily redacted.

Take, for instance, this text Strzok wrote on August 2, 2016, just days after the investigation was opened, saying he was about to interview someone (apparently in connection with the probe). The DOJ redacted the person’s name:

Or a redacted text Strzok wrote that same month, just before sending an animated text about “THESE ALLEGATIONS AND THE PERVASIVE CONNECTIONS.” What was the message that came before that text?

Or this text exchange shortly after Trump fired Comey, in which Page and Strzok discuss the need to “lock in” someone “in a formal chargeable way.” Who were they trying to “lock in”?

There are many, many more examples in the thousands of texts Strzok and Page exchanged while they were working together (and, for some of that time, having an affair). You can read the previously released, redacted texts here and here.

Even the instruction itself isn’t entirely clear. Is Trump demanding the release of these five people’s texts with each other? Or each of their Russia-related texts with anyone? The latter possibility would be far more wide-ranging.

The declassifications should be fascinating for Russia probe watchers, who will get a closer look at day-to-day happenings in the early days of the investigation.

But if Trump insists his order be carried out as stated, it will likely be difficult for the Justice Department to stomach, considering how much this would disclose about an extremely sensitive investigation — one that is, again, still active — and how much it would reveal about their sources and methods.

And, again, Trump is essentially demanding a look at the inner workings of an investigation into his own campaign, an investigation that Trump has routinely attacked and undermined. He’s not releasing these for “transparency.” He’s looking for ammunition.