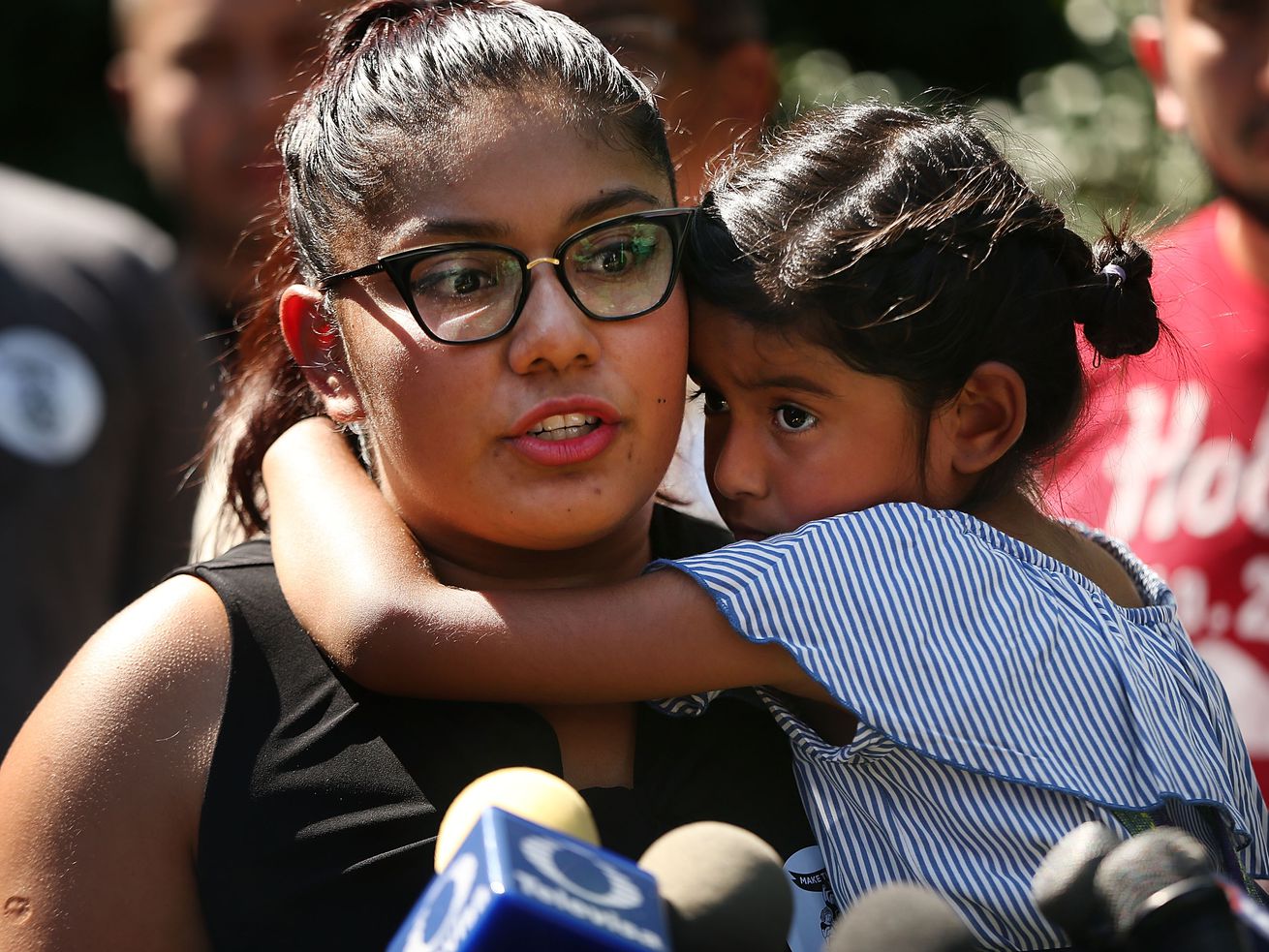 This time, it might actually stand up in court.

The Trump administration officially has a plan to detain families who enter the US without legal status for as long as it deems necessary — with no limit on how long children may be held with their parents. And it’s starting the process to turn that plan into official government practice.

The administration is proposing a regulation that would replace a court agreement from 1997, designed to protect immigrant children in government custody.

On Friday, the departments of Homeland Security and Health and Human Services will officially publish a draft of the new regulation. (An “unpublished” version has already been posted to the Federal Register website.) If codified, it’s expected to lead to the detention of thousands of families apprehended at the US-Mexico border, by eliminating extra legal protections for children who arrive with their parents.

The regulation is designed to supersede the Flores settlement, an agreement that the federal government has used since 1997 to govern what happens to children who arrive in the US without their parents. In 2015, the judge overseeing the Flores settlement declared that it also applied to children who arrived in the US with their parents, and ordered the government to release families from detention as quickly as possible in most cases (generally after no more than 20 days).

Trump and Republicans blamed the Flores agreement for “forcing” them to separate families upon apprehension at the US-Mexico border; at least 2,500 families were separated, mostly in late spring and early summer of 2018, before a different federal judge ordered an end to the practice. (Most of those families have been reunited, but hundreds remain separated.)

The regulations being proposed by the administration still have to be finalized — and will almost certainly be challenged in court as a violation of the intent of Flores. But if the administration succeeds, it will be able to detain hundreds or thousands of immigrant families — and to place them in facilities with far looser standards, for far longer.

Here’s what the proposed new regulation would actually do:

Tighten the standards for releasing migrant children from detention: Right now, most adults who arrive in the US without legal status have to be kept in immigration detention while they’re put through “expedited” deportation proceedings. Asylum seekers are allowed to be released into the US while they fight their asylum case, but only after they’ve passed a preliminary “credible fear” screening (which can take weeks).

But the standards for children weren’t as clear-cut. Judge Dolly Gee, the judge overseeing Flores, interpreted them to mean that the government had discretion to release children from custody, and ordered DHS to make a “continuous effort to release” children from immigration custody even if they were with their parents.

The new proposal holds everyone in DHS custody — children and parents alike — to the same restrictive standard. Children deemed “unaccompanied” will still be sent to the Department of Health and Human Services, but children arriving with their parents will be detained for as long as the government deems necessary. It typically takes several weeks for asylum seekers to pass a credible fear screening, and they can be detained even after passing such a screening — meaning that the regulation would ultimately result in families being held for months or possibly even years.

Detain families in facilities that haven’t been formally approved for licenses: Under the terms of the Flores settlement, children (and families) could only be detained by DHS in facilities licensed by state or local governments — but the available facilities weren’t nearly big enough to accommodate the number of families the Trump administration wants to detain.

The proposed regulation would essentially let the government detain families and audit the facility later. It would set baseline standards for how facilities ought to treat children — including requirements for educational programming and emotional and medical care. But it would declare that any facility that was audited by a third party to make sure it met those standards would qualify as a “licensed” facility.

Give facilities broad “emergency” loopholes for not meeting standards of care: Generally, children apprehended by Customs and Border Protection officials are supposed to be sent to another facility — either an HHS facility for unaccompanied children or a DHS one for families within 72 hours. Under the new regulation, that wouldn’t apply in cases of an “emergency” (which the government deliberately defines broadly) or an “influx” — which is defined in such a broad way that it would apply to pretty much every moment during the past several years.

Furthermore, the “emergency” loophole would also apply to the standards for care of children and families in immigration detention — something that advocates worry would allow employees at detention centers to punish families by denying them basic needs.

Make it easier for the government to revoke the legal protections for “unaccompanied” children: Minors who are labeled “unaccompanied alien children” get more legal protections than other migrants — they’re kept in child care facilities under the auspices of the Department of Health and Human Services while a sponsor (usually a relative) is found to house them, and they automatically get a hearing before an immigration judge without having to pass an asylum screening interview first.

Generally, once someone is labeled an “unaccompanied alien child,” that label — and the protections that come with it — sticks. But the proposed rule would make it clear that if an immigrant turns 18, or if a parent or guardian is found in the US who can care for them, the immigrant officially loses their “unaccompanied” status and can be treated just like any other unauthorized immigrant.

(The Trump administration has already been doing this for some immigrants who turn 18 — even arresting them on their 18th birthdays — but this would codify that practice.)

Because the majority of “unaccompanied” minors are placed with parents or guardians, this would substantially reduce the number of immigrants who benefit from these protections.

When the government publishes a proposed regulation, the public gets 60 days to comment. That period will formally start on Friday and end on November 6 (which is, for what it’s worth, Election Day).

Immigration and children’s rights advocates have been preparing for this regulation to come out for months, and are expected to raise serious questions about the current treatment of children by immigration officials — including a toddler who died this summer after contracting an infection in a family detention facility — and point to child psychologists’ concerns that keeping children in detention, even with their families, creates lasting trauma.

The government is obligated to review those comments before finalizing the rule, though it’s not necessarily obligated to make any changes.

Once the final rule is published, the clock will start ticking on the second phase of review: whether it’s “consistent” with the Flores settlement. The plaintiffs in the Flores case will have 45 days to file a challenge against the regulation and ask Judge Gee to review it herself.

The fact that the Trump proposal allows it to detain more families for longer (and with lower licensing standards) than the Flores settlement itself did doesn’t necessarily make it “inconsistent”; Gee doesn’t have the authority to dictate exactly what regulations the government implements.

So far, Gee has been totally unsympathetic to the Trump administration’s arguments that things have changed since 1997 and the Flores settlement should change to meet them. But once the administration has actually succeeded where its predecessors failed, by proposing regulations to replace the agreement, it may find itself on much firmer legal ground.