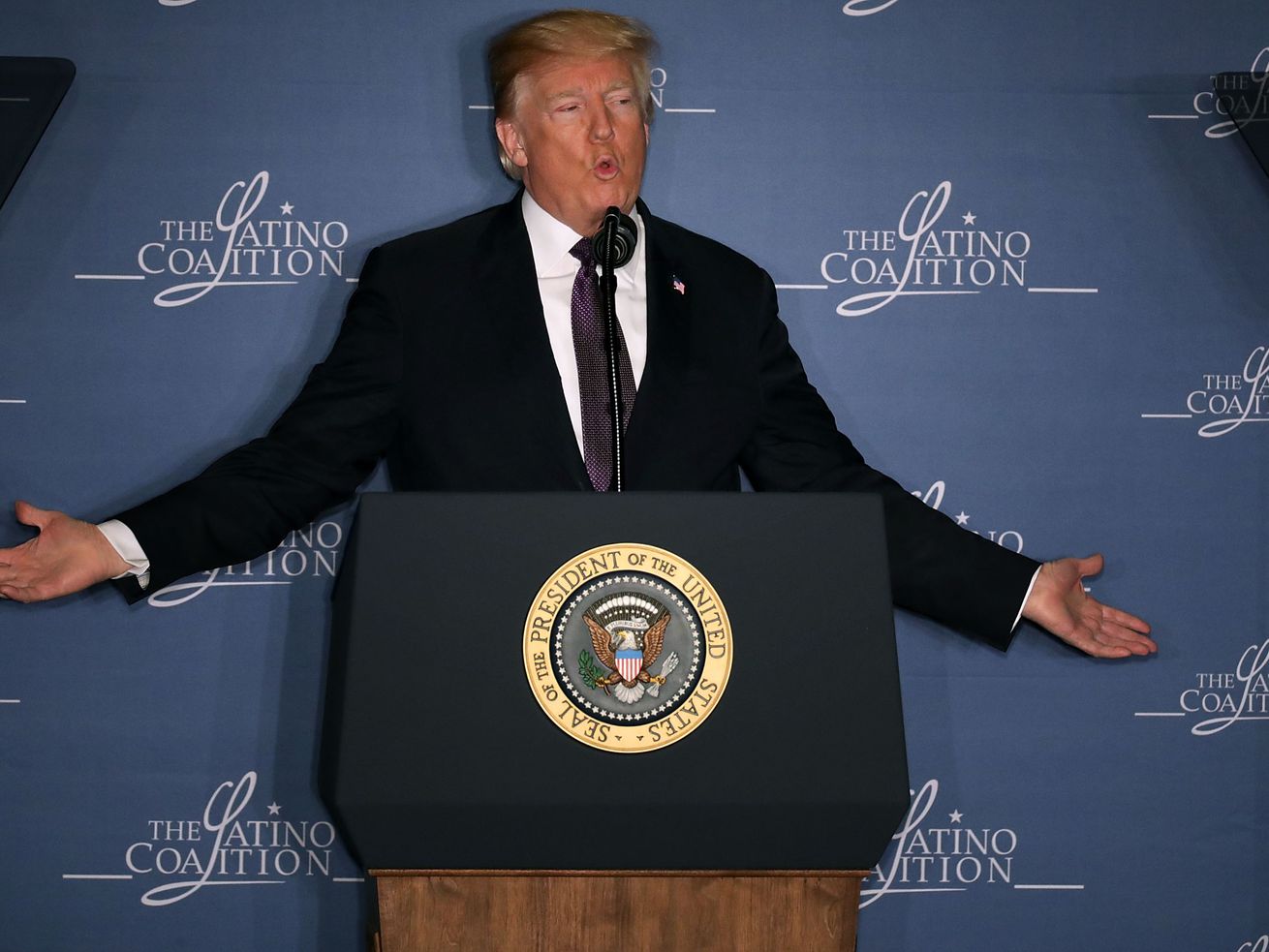 Conservatism can never fail, only be failed.

The real message of the anonymous senior official’s odd Trump-bashing op-ed in the New York Times is that the Republican rehabilitation cycle that resuscitated the party from the presidency of George W. Bush has already begun.

The author senses that Trump is going down, and they’re laying the groundwork to prevent conservatism from going down with him.

The author makes the same argument as Republicans did post-Bush: Bush betrayed conservatism. Conservatism didn’t betray the public. Now, Trump’s bizarre behavior and temperament are betraying America. The public is being denied the true conservative agenda. “The president,” according to the op-ed, “shows little affinity for ideals long espoused by conservatives.”

After Bush’s administration ended in disgrace, the conservative movement made an almost-immediate comeback lightly rebranded as the Tea Party. And when that brand quickly exhausted itself, conservatism reconstituted itself as the “populist” spirit of Trumpism. But across all these iterations of conservatism, the true lodestar of conservatism remained fanatical opposition to taxing the wealthy or regulating the economy.

Republicans have been failing for a generation

Back in July, Pew asked people to name the best president of their lifetime, and the top choice was Barack Obama. In second place came Bill Clinton, with Ronald Reagan — who left office 30 years ago — in third place.

In other words, while nobody thinks Clinton or Obama were perfect presidents or wants to see an exact replay of their policy agenda, both are reasonably well-regarded by the public, and the banal reality that the personnel and values of the next Democratic administration are likely to bear a family resemblance to the previous one is something voters are comfortable with. That’s why even left-wing Democrats like Bernie Sanders and Elizabeth Warren, who had serious disagreements with Obama on a number of issues, still speak of his administration in broadly favorable terms.

Republicans, by contrast, don’t have anything remotely resembling a recent concrete model of successful policymaking they can point to. Reagan was in office a long time ago, and even if you want to credit him with whipping inflation and defeating the Soviet Union, nobody is sitting around today worrying about inflation and the Soviet Union.

But what they also don’t have is a new approach to policymaking.

Trump’s agenda isn’t identical to Bush’s, of course, especially on immigration. Yet whatever you think of immigration policy, it’s clear that neither Bush-style comprehensive reform nor Trump-style nativism is going to provide affordable health care, college education, or child care. It’s not going to prevent climate change, help us adapt to rising temperatures and sea levels, or prevent a return of the financial panic that wrecked the economy during Bush’s final years in office.

These problems simply aren’t addressable within the four corners of conservative ideology, so conservative governance inevitably fails. But instead, conservatives claim that it hasn’t been tried.

This past weekend’s memorial service for John McCain swiftly turned into a nostalgic celebration of the true spirit of conservatism by Trump-skeptical Republican true believers, including McCain’s once-antagonist George W. Bush.

And this is, of course, how Bush was seen during his popularity peak in the mid-aughts: as the first president to truly be a product of the conservative movement. Yet when his tenure in office ended in failure and disgrace, conservatives decided he’d never been one of them after all. Under prevailing Tea Party orthodoxy, Bush had failed to be truly conservative by slashing spending, and there was a brief vogue for Republicans positioning themselves as opponents of crony capitalism. Then came Trump, and Republicans became “populists” who supposedly wanted to take on the interests of nefarious elites.

Throughout all these pirouettes, however, nothing actually changed on the level of economic policy. For now, Trump is successfully riding the wave of an economic recovery that began years before he took office.

But if it goes wrong, the anonymous op-ed writer has already set us up with the complaint that “the president shows little affinity for ideals long espoused by conservatives: free minds, free markets and free people.”

Yet they also hail Trump for achieving “effective deregulation” and “historic tax reform,” conceding that, in practice, he is governing as a perfectly orthodox conservative Republican. That’s the play we’re being set up for. As long as Trump is afloat, Republicans will cite his conservative policymaking as a justification for standing behind him despite the authoritarianism, corruption, and bigotry. But the minute he fails, they’ll drop him like a rock and argue that his failure to espouse conservative ideology means he has nothing to do with them.

Conservative populism would be a good idea

I am not a cultural conservative — I like immigrants and think black lives matter and women should be able to have abortions and think it’s fine to incorporate social justice considerations into video game reviews.

But looking across space and time, it’s pretty clear that even though the exact content of cultural conservatism is always changing (remember 15 years ago when LGBTQ marriage equality was a dire threat to human civilization?), it’s also not a political phenomenon that ever goes away. Some kind of sociocultural mainstream will always exist and constitute itself as an opponent of outsider groups’ demands for change and inclusion.

And yet even as these cultural conflicts define the main axes of political conflict, an enormous share of actual policymaking inevitably involves tangible questions like “who pays taxes?” and “how do we meet the material needs of young families and people too old to work?”

In a healthy country, the things Republicans keep saying they are trying to do to serve majoritarian economic interests — whether that’s Bush’s ownership society, Paul Ryan’s war on crony capitalism, or Trump’s economic nationalism — would be actual things that they actually try to do. Then if one of them failed, they could switch and try something different.

But what they’re actually doing is thinly rebranding the exact same policies, waging a series of vicious internecine battles that have almost no content while pretending to believe that the fate of the American middle class hangs on whether or not we impose a modest tax on imported washing machines. Republicans’ unanimous support of the Trump tax bill and of a Supreme Court nominee who wants to completely gut the regulatory state shows, however, that even at this late date, there is no actual rethinking of almost anything. If Trump goes down, he’ll be disavowed, and then Republicans will come back and try the exact same thing over again.