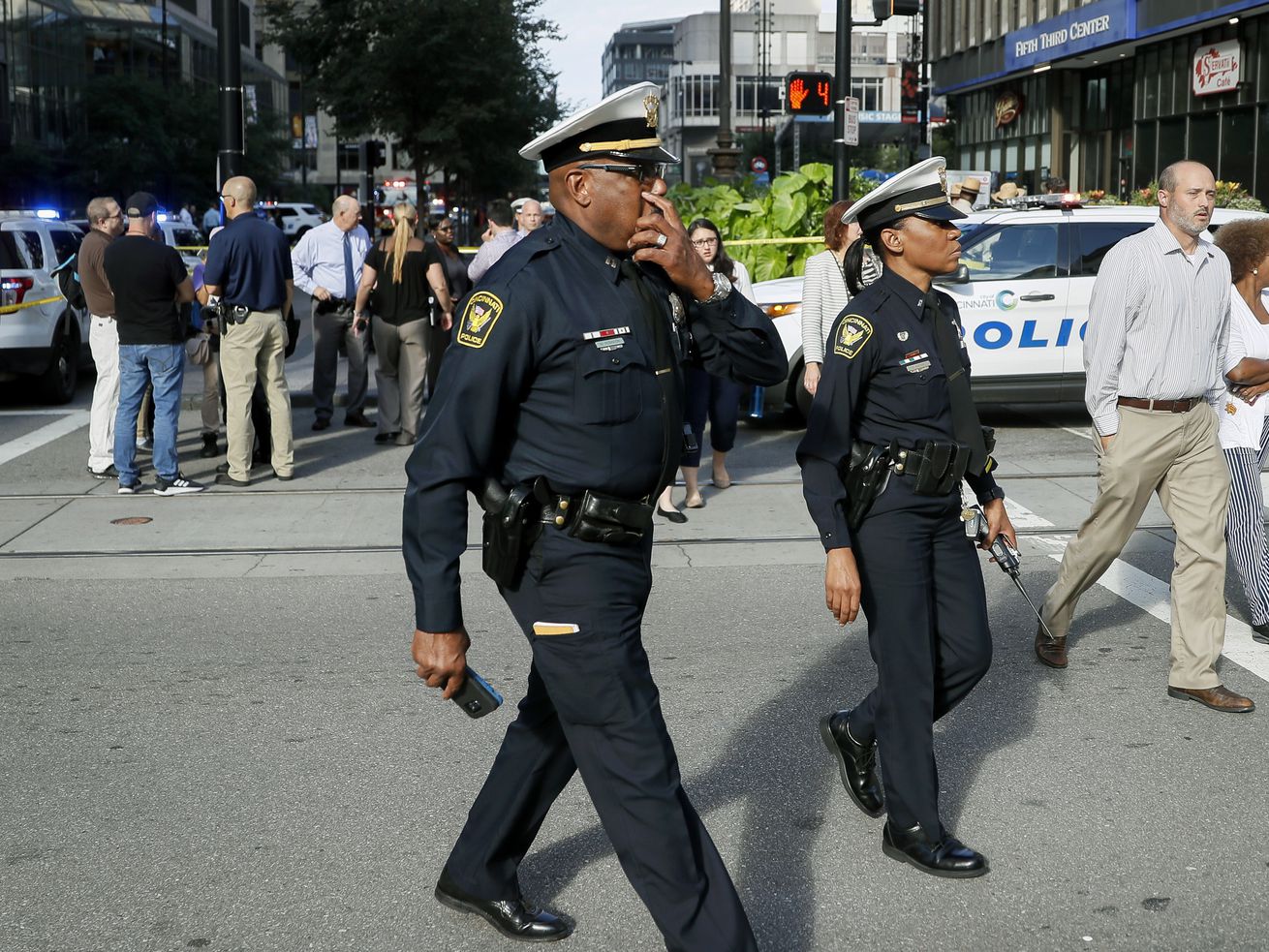 Multiple people were shot and killed, according to city officials.

There was a mass shooting in downtown Cincinnati on Thursday. Four, including the shooter, were killed, and others were injured, according to city officials.

The shooting occurred at the Fifth Third Bank building near Fountain Square, which is at the core of downtown. Authorities said the threat has been neutralized, though multiple people were shot and some were killed.

The story is still developing. Here’s what we know, and don’t, so far.