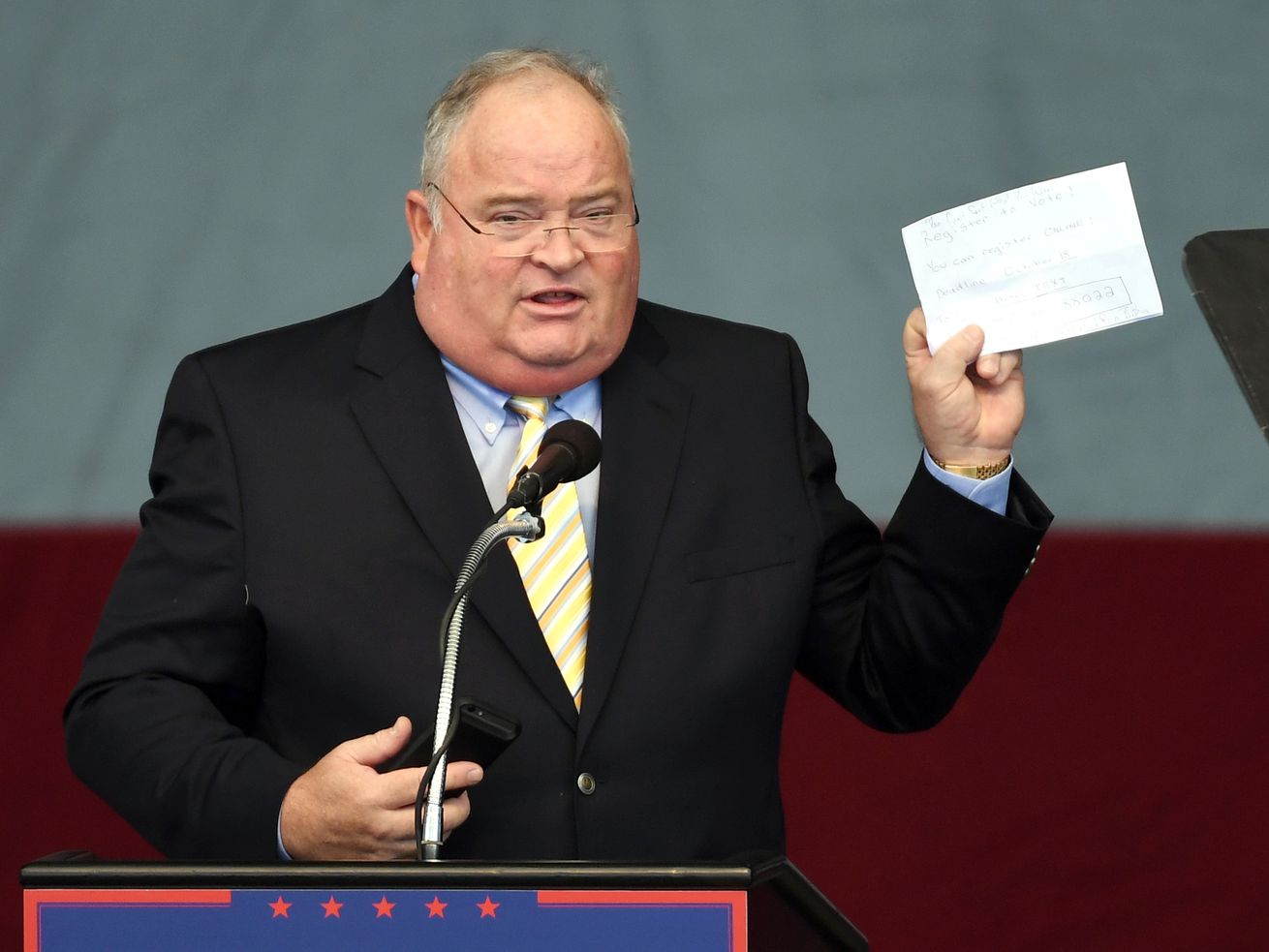 It’s been a weird day on Capitol Hill.

Between a near fistfight between Marco Rubio and Alex Jones and the presence of multiple white supremacists and conspiracy theorists on Capitol Hill on Wednesday, it seemed as though congressional hearings with Facebook’s Sheryl Sandberg and Twitter’s Jack Dorsey couldn’t get any stranger. And then they did.

In the midst of Twitter CEO Dorsey’s hearing before the House Energy and Commerce Committee on Wednesday afternoon, alt-right activist Laura Loomer stood up and began shouting, accusing the executive of trying to influence the election and censoring conservatives online. Rep. Billy Long (R-MO) began to talk over her to drown her out — in an auctioneer’s chant.

Loomer, along with conspiracy theorist Jones and internet troll Chuck Johnson, had also attended the Senate Intelligence Committee hearing with Dorsey and Sandberg that took place Wednesday morning, and apparently Loomer decided to show up at the House hearing as well.

She interrupted the hearing and began shouting: “Please help us, Mr. President, before it is too late, because Jack Dorsey is trying to influence the election, to sway the election, so that Democrats can steal the election!” Loomis said. “That is why he is censoring and shadow-banning conservatives!”

Members of Congress called for order in the room. Long, at first confused, said, “Eh? What’s she saying? I can’t understand her.”

He then broke out into an auctioneer’s chant, fast-talking over her as though at an auction.

It turns out that Long, a Republican who has been in the House since 2011 representing Missouri’s Seventh District, is actually a professional auctioneer. According to his congressional website, the former real-estate broker is the owner of Billy Long Auctions in Springfield. He’s a member of the National Auctioneers Association and the Missouri Professional Auctioneers’ Hall of Fame.

The auctioneer’s chant is a tactic he’s employed in the past. In 2011, he did an auctioneering bit on the House floor to highlight the national debt and how quickly it could be “auctioned off.”

Loomer had also approached Dorsey outside the Capitol before the House hearing, asking when she could get her Twitter verification back. She lost her blue checkmark last November when Twitter stripped verification from users who advocated for white supremacy or identified as Nazis.

Sadly, there was no auctioneer available to drown her out that time around.