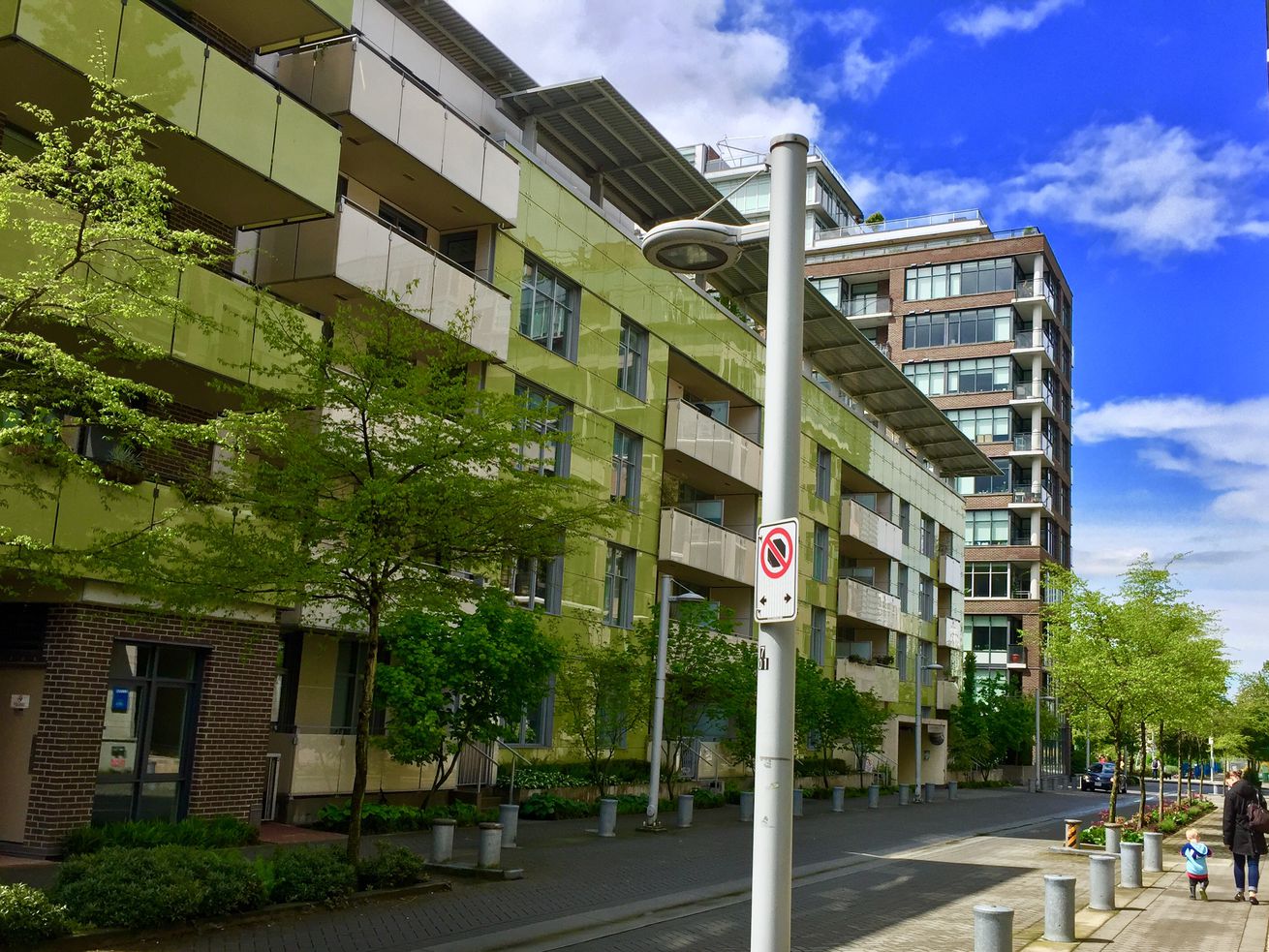 The most frequent criticism of dense, walkable, livable urban areas is that they are too expensive to live in.

Cities like New York, Seattle, and San Francisco, which contain some of the most celebrated examples of US urbanism, also boast some of the highest real estate prices. Longtime residents have come to see the arrival of condos and bike lanes as harbingers of rising rents.

Not only do livable cities struggle to provide low-income housing, they also risk losing the broad middle of the income spectrum. They risk becoming playgrounds for wealthy professionals, which can lead to resentment and social unrest of the sort popping up in San Francisco.

On some level, any attractive, growing city is going to struggle with affordability. When there’s only so much city, and lots of people want to live there, prices go up. It’s supply and demand. (Urbanists support density precisely because it increases supply — you can’t make more urban land, but you can fit more housing on the land you’ve got.)

No city has come close to “solving” this problem, and it’s not clear that solving it is even within municipal power, but there are things cities can do — regulate low-income and rental housing, or take measures to prevent outside investors and speculators from bidding up valuable urban housing.

In 2017, I asked urbanist Brent Toderian, who was chief planner in Vancouver, BC, from 2006 to 2012, how cities can address affordability. He cited a range of programs and initiatives that take the edge off, but was realistic about the limits of municipal government. (You can find more of our conversation, on a range of city-making topics, here.)

What do you think about the impression that walkability is basically for wealthy professionals?

I don’t accept it — some of the most walkable urban communities of the past have been low-income communities that are older and more traditional, not urban-renewal communities. They’re front-stoop communities.

You don’t have to build [urbanist communities] in an expensive way. Getting the fundamentals of urban design right doesn’t add to the cost. In fact, it’s a fair argument to say that good urbanism by definition isn’t more expensive. You can do urbanism at any price point.

Still, many cities are facing a huge challenge with affordability. Has any city solved it?

Yes, cities have solved the affordability problem by not being attractive.

Other than by not attracting people!

Affordability is a problem borne of success. The more successful you are, the bigger your affordability challenge. When you build a great city and do your design and planning well, more people want to come. But I would be the last person to suggest that we should do a poor job of planning and designing just to help with the affordability problem.

So what’s the answer? You’ve said that when it comes to affordability, we need to look at the bigger picture. What do you mean by that?

First, a useful conversation on affordability has to go beyond what the average single-detached house sells for. That specific measure is often used as a lazy shorthand.

Here in Vancouver, for example, the price of a single-detached house is increasingly less important — such housing has become a smaller and smaller percentage of the housing stock. So even if we’re myopically focused on how much it costs to buy a home, which we shouldn’t be, that shouldn’t necessarily be the type of home that gets all of our attention.

Second, we should look beyond the price of buying a home, to the price of having a home — including rental housing and creative housing types like co-housing.

Third, we should discuss all costs of living, not just housing costs. Living outside the city involves surprisingly big transportation costs, energy costs, and costs for all the stuff you feel pressure to fill your home with as your house gets bigger.

Fourth, we have to discuss the other side of the affordability equation — the salary side of things. That’s affected by policies like a livable minimum wage and the protection of job lands in our region. Do you have the space and opportunities to attract and fit secure, well-paying jobs, ideally downtown and on public transit, or have you only made space for housing and the service sector?

All of these have to be part of a robust conversation about an affordable city — it’s not just about real estate. And all that is before we even start to talk about the huge issue of homelessness.

Vancouver, in particular, is known as an expensive city to live in. Whenever I sing its praises, someone replies that, fine, that’s nice, but it’s just a playground for the rich, so who cares? What’s your perspective on that?

Vancouver is one of the most expensive cities in North America — maybe even in the world, depending on what ranking you believe. And it’s a double whammy, because we actually have slightly below-average salaries compared to the rest of Canada.

But it is also a city that is doing more to try to address the affordability challenge than any other city I’ve seen, at least in North America. The sheer number of initiatives, programs, and interventions around affordability is remarkable.

For decades, we’ve been requiring that 20 percent of space in all major housing projects be set aside for social housing [what Americans call “public housing”]. That requirement has been a powerful tool — finding and acquiring land or airspace can be the toughest part of a social housing project.

Part of the success of the program is that social housing is now built into all major projects around the city, in an integrated and often almost invisible way, with management programs to help that integration succeed.

So many tools are being focused on trying to improve affordability that occasionally other municipal goals — park-building and place-making, arts and culture, heritage preservation, and so on — wind up getting too little attention. The fact that we haven’t succeeded in making the city universally affordable just demonstrates that the problem is not really solvable by cities alone, and perhaps not solvable at all in a “hot market” city, unless something cataclysmic happens to the underlying market system.

But what these affordability initiatives and programs can do is make it better than it otherwise would be.

Vancouver has particularly put energy into homelessness. Ironically, if you can afford to buy or rent real estate, you may be fine, and if you’re homeless, or under threat of being homeless, there are programs that can help you (albeit insufficient ones), but the people in the middle — the middle class, the service sector, and the so-called “working poor” — are often passed over by these strategies.

It can be hard to create successful programs that apply to the middle, except for providing much more purpose-built rental housing. Hence, Vancouver has put significant energy in the past 10 years or so into rental housing. We’ve designed various rental housing incentive programs since 2008, such as “Short Term Incentives for Rental” (STIR) and “Rental 100.” The programs have had success in the form of thousands of new units of rental housing, but always at a controversial cost, in the form of foregone development fees and foregone opportunities to use our tools to address other municipal needs.

The city has also put in place policies to protect existing rental stock, including “rate of change” policies for older rental stock and recent limitations on Airbnb, to try to keep it from essentially replacing rental housing opportunities.

All of this is being done, as I say, at a level of complexity and ambition I have yet to see elsewhere in North America. But the fact that it’s still, and will probably continue to be, a struggle shows that many of the forces at play aren’t within the power of a municipality to address.

What role do outside investors — people who buy housing but don’t live there, just using it to flip or make rental income [often Chinese investors or their children] — play in driving up Vancouver real estate prices? What is Vancouver doing to address that problem?

There have been massive debates about the role of outside investors, a.k.a. “foreign buyers,” in Vancouver’s housing demand — and a lack of credible, independent research.

I tend to believe outside investors play a bigger role than some would like to admit, but “home-grown investors” are just as real an issue. Does it matter if new condos are being bought by so-called outside money (which is very hard to define) or by someone born and raised in Vancouver who is buying multiple units and renting them out as part of their retirement plan?

The problem is when homes are seen as a commodity, rather than a home, no matter where the money is coming from. Homes bought as investments are usually rented out and actually represent a large percentage of our rental stock — but it’s unsecured rental, subject to ownership changes and other unpredictabilities.

The provincial government recently applied a significant tax on so-called foreign ownership. There are debates about what that has done to market demand. There have also been new taxes applied to so-called “vacant units,” but the way these were defined makes me question how useful the new taxes will be in meeting any policy objectives.

All such mechanisms have strengths and weaknesses, benefits and consequences. I believe the key issue isn’t so much where the money comes from as whether units are owner-occupied, so I’d prefer tax approaches that focus on that. If someone comes from overseas, buys a home and lives in it (or their kids live in it), do we think that’s worse than someone who was born here buying multiple units as an investment?

Some urbanists argue that, ultimately, the only solution to the affordability problem is to increase supply — more density, wherever possible. Is that the right mental model?

But we have to avoid overly simplistic statements when it comes to land development and affordability. For example, those who argue that we could solve affordability by just allowing all of our agricultural land to be developed for new suburbs, or our job lands for new condos, are profoundly wrong. When it comes to smart region-building, you can’t undermine your ability to provide a balanced local economy and flexible space for well-paying jobs, or local food security for the long term, by trading those things for a quick fix of new housing.

When it comes to more housing supply in our lower density areas, I’m a strong champion for zoning reform allowing mixed housing types, but not in a one-size-fits-all way. Different densities make sense in different places.

Obviously we want density downtown, in walkable neighborhood centers, and near public transit. But we also want strategic density in low-density neighborhoods. In Vancouver, I used terms like “gentle density” (rowhouses, stacked townhouses, etc.), “hidden density” (laneway houses), and “invisible density” (secondary suites in the primary home) to make the point that density can come in many forms, including more ground-oriented housing choices in places where mid-rise or high-rise density isn’t politically supported.

I reject the notion of abolishing zoning and just “having at it.” Tools like zoning should be fixed, not abolished. As a matter of fact, in my experience, when the floodgates are opened too much, and with not enough done to ensure the quality of outcomes, the inevitable community and political backlash can end up killing the density idea. I’ve seen that too often in my career.

Smarter, contextual planning and design will always be the key to densifying successfully, both physically and politically, for affordability and many other reasons.