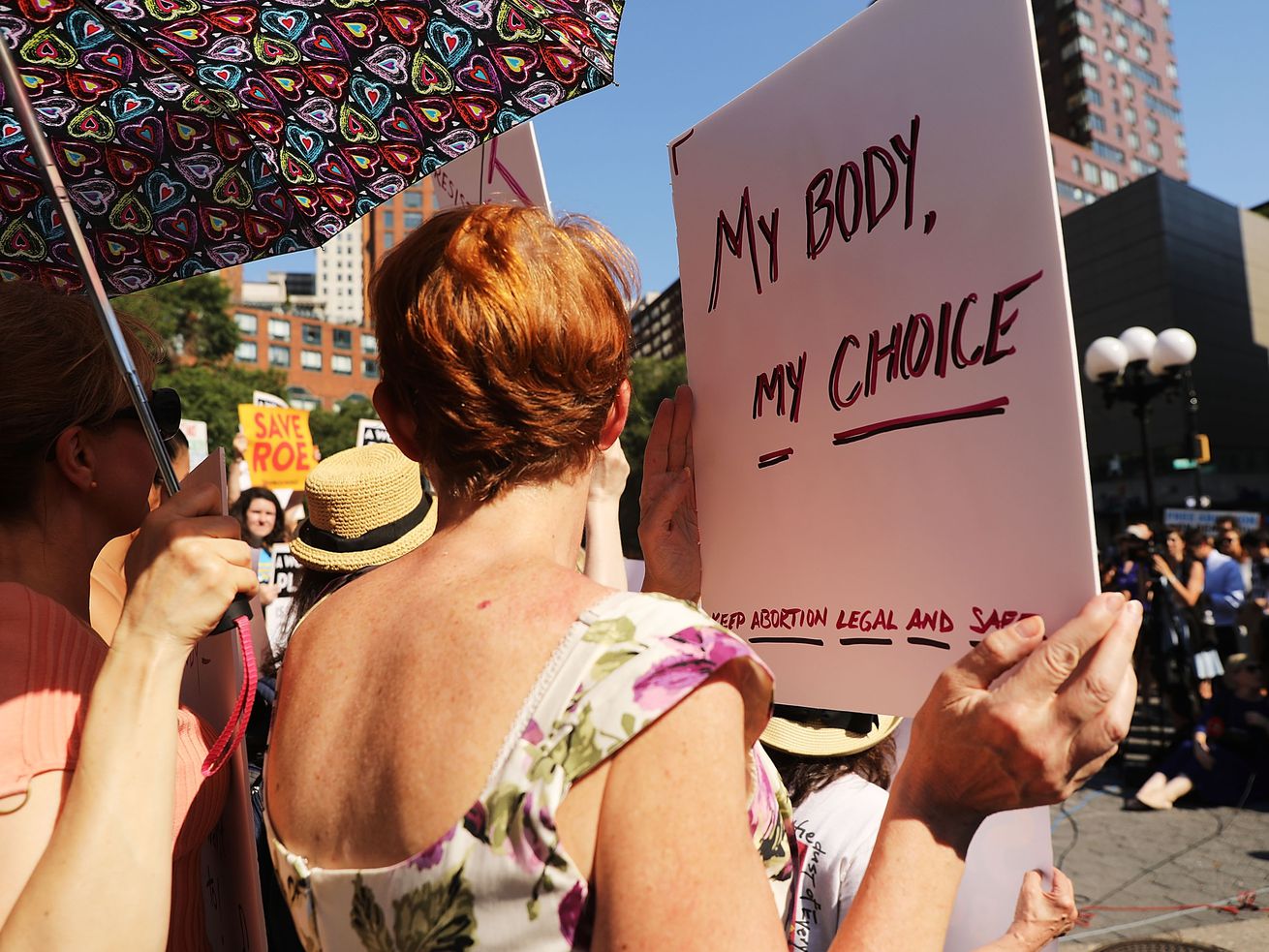 Protests around the country are planned for Women’s Equality Day this Sunday.

Every year since 1973, the federal government has recognized August 26 as Women’s Equality Day. This year, it’s going to be a little different.

That’s because the day — the anniversary of the signing into law of the Nineteenth Amendment, which granted women the right to vote — comes a little over a week before confirmation hearings are due to start for Brett Kavanaugh, President Trump’s Supreme Court pick, who could cast the deciding vote to overturn Roe v. Wade.

On Sunday, NARAL, the People’s Defense coalition, and MoveOn, along with more than 75 other groups, have organized the Unite for Justice day of action, with more than 200 marches, rallies, and other events planned around the country. The goal: to show senators the depth and breadth of opposition to Kavanaugh, a nominee who, opponents fear, could help the court gut not only abortion rights, but voting rights, gun control, and more.

“If you marched in the Women’s March, or you marched in one of the marches for science or in the March for Our Lives, or ever marched in a Pride parade, all of that culminates this Sunday,” Steve Kerrigan, NARAL’s national day of action coordinator, told Vox.

This Women’s Equality Day, Americans are taking to the streets

The timing of the day of action on Women’s Equality Day wasn’t intentional, Kerrigan said. NARAL and the other organizations involved wanted to pick a date before the confirmation hearings started; they are slated to begin on September 4.

But the holiday takes on a new significance in light of the Kavanaugh nomination, Kerrigan added. Congress declared August 26 Women’s Equality Day in 1973, in a resolution introduced by Rep. Bella Abzug (D-NY). The day was chosen to commemorate the 1920 signing of the Nineteenth Amendment, which officially granted women the right to vote. (In practice, many black women were still denied this right due to voter suppression tactics, some of which continue to this day.) In an ordinary year, Women’s Equality Day is celebrated with events at libraries and other public facilities, according to the National Women’s History Project.

This isn’t an ordinary year. Reproductive rights advocates fear that, if confirmed, Kavanaugh could be the deciding vote in overturning Roe v. Wade, which guaranteed women the right to an abortion (though that right, like voting rights, looks different in practice). If the decision is overturned, reproductive freedom for millions of Americans could be under threat. And since the ability to decide when and whether to have children is intimately linked with the ability to work, study, and participate fully in society, advocates say women and all people who can get pregnant would be at risk of becoming second-class citizens.

That’s why women’s rights and other progressive groups across the country, including the Women’s March, Color of Change, and the National LGBTQ Task Force, are organizing events on Sunday to protest Kavanaugh’s nomination and get out the vote for the upcoming midterm elections. The events will range from a barbecue in Birmingham, Alabama, to a “Texas-size postcard party” at the Texas State Capitol, where attendees will write postcards to Texas women urging them to vote in November. In Anchorage, Alaska, protesters will write letters to Sen. Lisa Murkowski (R-AK), who is seen as a possible “no” vote on Kavanaugh due to her pro-abortion rights views. Then some of those in attendance will board a plane to deliver the letters to Murkowski in person.

Whether all this will have an effect on Kavanaugh’s prospects is uncertain, given that at least one Republican would have to vote “no” in order to block his confirmation. Murkowski and Sen. Susan Collins (R-ME), who is also pro-abortion rights, are the likely swing votes, and earlier this week, Collins said Kavanaugh had told her he agreed with Chief Justice John Roberts, who has said he views Roe as “settled law.” Reproductive rights advocates don’t believe this actually means Kavanaugh would vote to uphold Roe — as Kerrigan notes, “the United States Supreme Court decides what settled law is” and “they get to decide whether to unsettle it.” But the comment may have given Collins cover to vote “yes” without entirely sacrificing her pro-abortion rights bona fides.

What is certain is that Kavanaugh is highly unpopular — in a recent CNN poll, just 37 percent of Americans thought he should be confirmed, the lowest percentage for a Supreme Court nominee since Robert Bork in 1987 (Bork was not confirmed). The prospect of overturning Roe v. Wade is also unpopular with American voters — in a recent NBC News/Wall Street Journal poll, 71 percent said the decision should stand.

On Sunday, the 98th anniversary of the signing of the Nineteenth Amendment, Americans around the country will take to the streets to share these views with their senators.