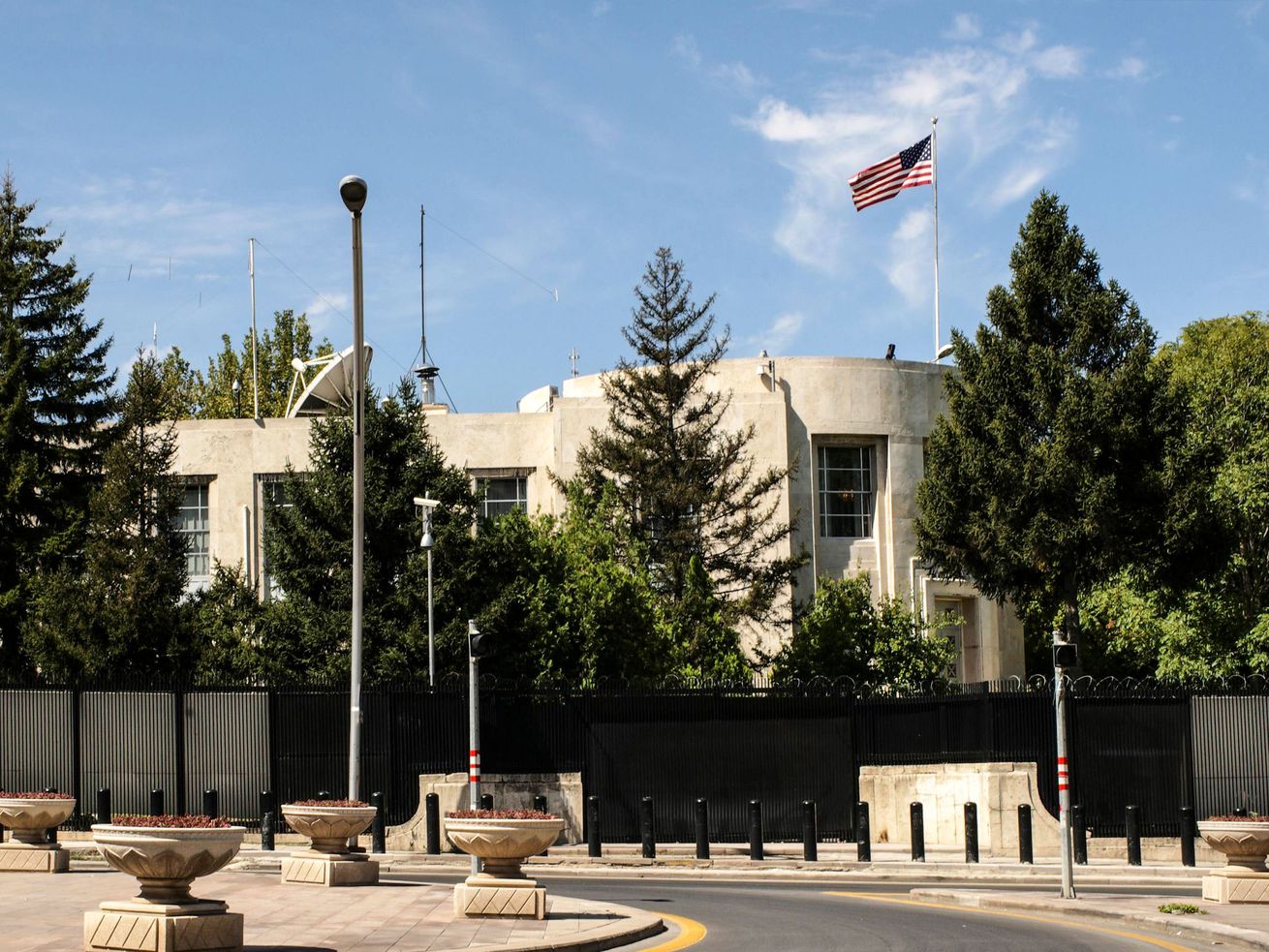 The two NATO allies are engaged in an escalating diplomatic and trade feud.

An unidentified gunman fired six shots at the US Embassy in Ankara, Turkey, early Monday morning local time. No one was injured in the shooting, but the incident has shaken up both countries, which are engaged in a bitter diplomatic fight over a detained US pastor.

The Ankara governor’s office said a gunman fired from a moving car around 5:30 am local time, with bullets hitting the iron gate and window wall. A bullet also struck the security guard booth, the Washington Post reports. The embassy was closed at the time, and it’s not clear who the perpetrators might be.

A US Embassy spokesperson confirmed to the AFP that a “security incident” had taken place, and credited the Turkish national police for its response. A spokesperson for Turkish President Recep Tayyip Erdoğan tweeted Monday that the attack was an “an open attempt to create chaos.”

The shooting comes amid escalating tensions between the US and Turkey

The incident occurred against the backdrop of an escalating diplomatic and trade feud between the United States and Turkey.

The two NATO allies are fighting over the fate of Andrew Brunson, an evangelical pastor who’s been detained in Turkey since October 2016 on suspicion of espionage and ties to a terrorist organization that Erdoğan blames for the failed coup against him in 2016.

Turkey has refused to release Brunson back to the United States, hoping to use him as a bargaining chip to get concessions from the US — including the extradition of the Muslim cleric Fethullah Gülen, a political rival of Erdoğan’s whom the Turkish president has blamed for orchestrating that 2016 coup and who lives in exile in Pennsylvania.

The Turkish government has also dangled Brunson in exchange for the US dropping an investigation into Halkbank, a Turkish bank that the US alleges helped Iran evade sanctions, according to the Wall Street Journal.

But US President Donald Trump has refused to budge on Brunson’s release, an issue close to the president’s evangelical base. In August, the administration sanctioned top Turkish officials over Brunson, and his administration has threatened further sanctions if Turkey doesn’t turn over the pastor.

The diplomatic standoff also spiraled into a trade spat, with the United States increasing tariffs on Turkish aluminum and steel — 20 percent and 50 percent, respectively. Turkey retaliated by calling for a boycott of some US electronics, including iPhones, and then by putting hefty tariffs on other US products, including a 120 percent tax on cars and a 140 percent tax on alcohol.

Yet beyond this impasse with the US, Turkey is also facing its own financial crisis. The value of its currency, the lira, took a dive last week amid growing concerns about the overall stability of the Turkish economy.

The fight with Trump has given Erdoğan a useful scapegoat for Turkey’s economic troubles, though the root causes of the volatility — increased inflation and an overheating borrow-and-spend economy — have little to do with Trump.

How the incident in Ankara will affect the quarrel between the US and Turkey is unclear. But it adds to the growing sense of unease between two NATO allies.