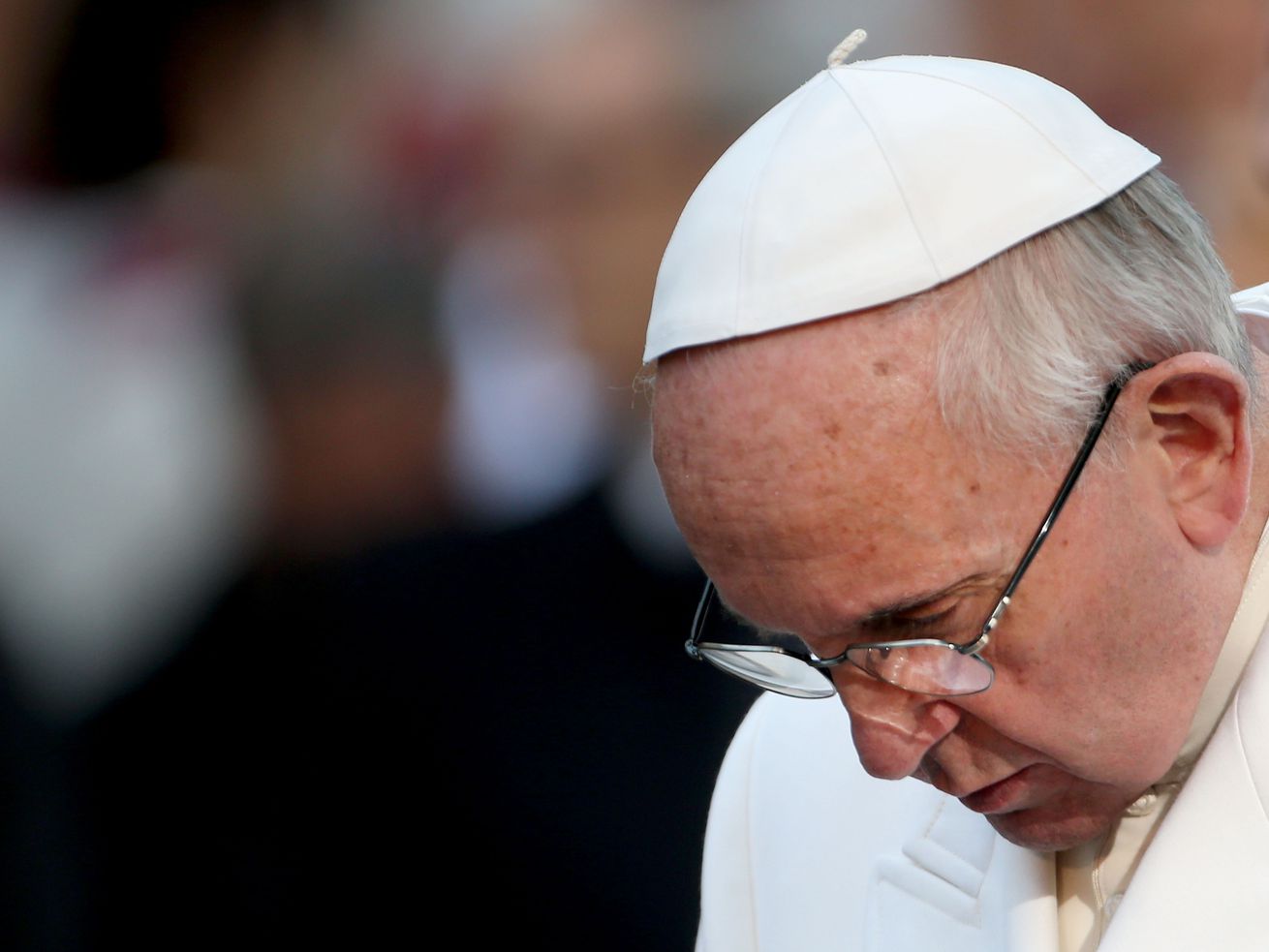 In an letter, Francis writes that “we showed no care for the little ones.”

Pope Francis formally apologized to Catholics everywhere for the church’s mishandling of the Catholic clerical sex abuse scandal, less than a week after a Pennsylvania grand jury report implicated 300 Catholic priests in sexual abuse against more than 1,000 people decades ago.

In a 2,000-word open letter released through the Vatican’s media outlet and addressed “to the People of God,” Francis personally expressed deep contrition on behalf of the church for both the abuse and its decades-long cover-up.

”We showed no care for the little ones,” Francis wrote, “we abandoned them.” Expressing sorrow and sympathy for the victims of abuse, he excoriated the church’s role in contributing to what he called a “culture of death” and silence. “[As] an ecclesial community …” he wrote, “we did not act in a timely manner, realizing the magnitude and the gravity of the damage done to so many lives.”

He added, “Looking back to the past, no effort to beg pardon and to seek to repair the harm done will ever be sufficient. Looking ahead to the future, no effort must be spared to create a culture able to prevent such situations from happening, but also to prevent the possibility of their being covered up and perpetuated.”

The letter, among Francis’s longest and most sustained comments on the scandal, follows the Vatican’s far briefer official response last week. “The Holy See treats with great seriousness the work of the Investigating Grand Jury of Pennsylvania and the lengthy Interim Report it has produced,” said a Vatican spokesperson last week. “The Holy See condemns unequivocally the sexual abuse of minors.”

The grand jury report, which covers six of Pennsylvania’s eight dioceses, implicates 300 priests in sex abuse cases against more than 1,000 victims in the state. Most of the cases took place in the 1970s and ’80s. The report also implicates a number of church officials, including now-Archbishop Donald Wuerl, in the cover-up: Instead of contacting law enforcement, senior church officials would regularly shuffle offending priests from parish to parish, where they would continue to have contact with minors.

The release of the Pennsylvania report follows closely on the heels of another major scandal in the Catholic Church: the ousting of Theodore McCarrick, the former archbishop of Washington, who has been accused of numerous counts of sexual harassment and abuse against junior seminarians and, in two cases, minors. The timing of the two scandals in close proximity to one another has made this summer a watershed moment in the Catholic clerical child sex abuse scandal.

Pope Francis’s track record on the scandal has been mixed. Late last year, he drew ire for dismissing allegations against a Chilean bishop accused of covering up a known pedophile priest’s crime as mere “calumny.” He later apologized for his remarks, and the entire Chilean bishopric has since resigned for its role in perpetuating the crisis there.

Francis has not yet announced what concrete goals the Vatican will pursue to change its culture or seek redress for the victims. However, in his letter, he made clear both the gravity of the allegations and his commitment to reforming clerical culture from within. “It is essential that we, as a Church, be able to acknowledge and condemn, with sorrow and shame, the atrocities perpetrated by consecrated persons, clerics, and all those entrusted with the mission of watching over and caring for those most vulnerable,” he wrote. “Let us beg forgiveness for our own sins and the sins of others.”