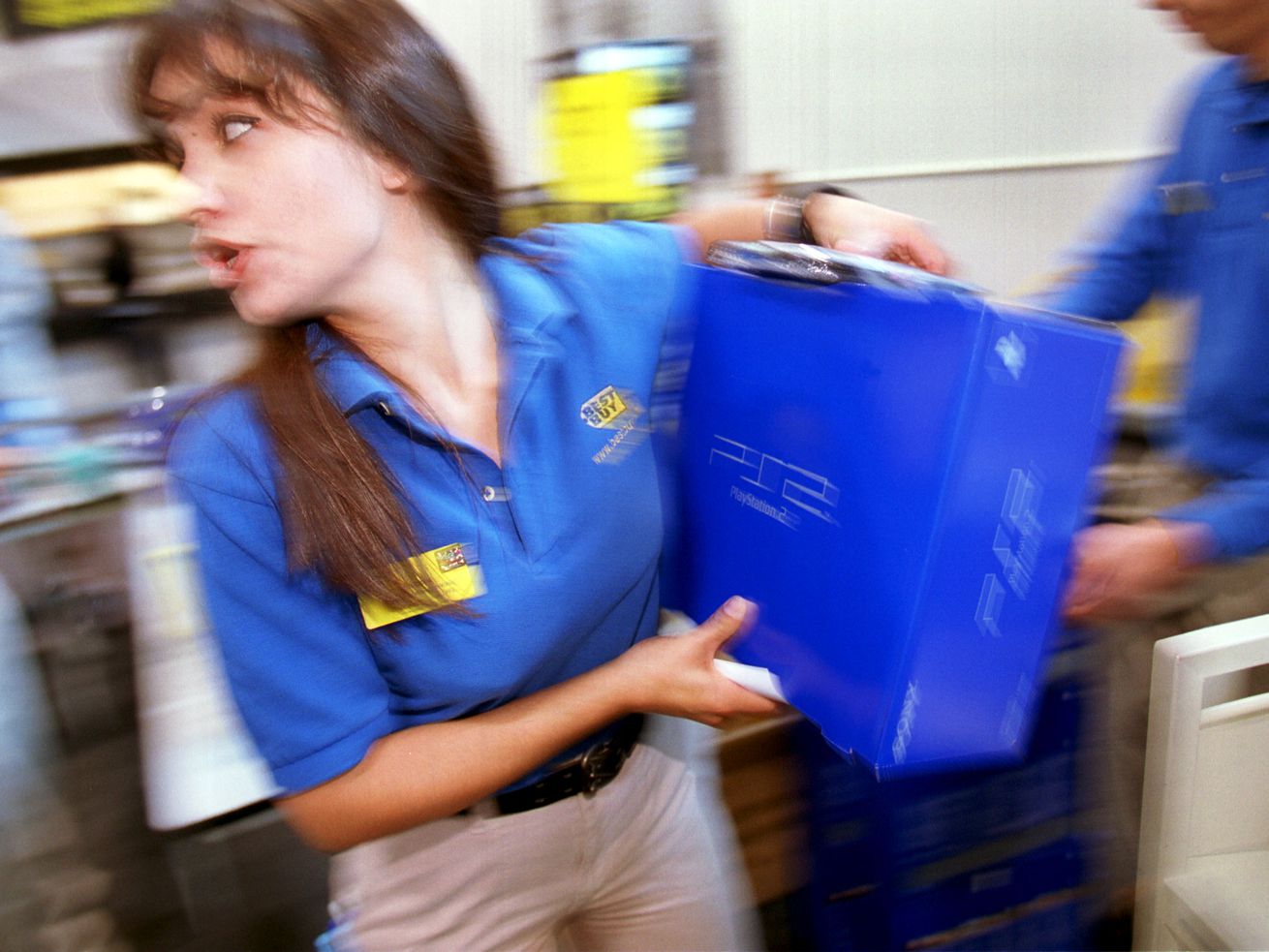 The five-year fight to expand overtime pay to millions of workers is over.

The Department of Labor just released the final rule that will require businesses to pay overtime wages to a much larger group of employees if they work more than 40 hours a week. It’s a win for the estimated 1.3 million workers who will now be compensated for putting in long hours — but it’s a bitter defeat for the 2.8 million others who would’ve also gotten overtime under the original rule proposed by the Obama administration.

It’s here–the new DOL overtime rules, which look to be pretty much in line with the proposed rules. It’s bittersweet. A real let down from the Obama rules (especially the automatic increases), but at least it finally updates the 2004 salary levels.

Up until now, only blue-collar workers and professionals who earn less than $23,000 a year can earn overtime pay under federal law, with some exceptions. That means they get paid 50 percent extra when they work more than 40 hours in a week. The new rule raises the salary threshold to $35,568. Unlike the original proposal, future changes to the threshold will not be tied to inflation.

In 2014, the Obama administration tried to double the threshold to include workers earning up to $47,000, tying future changes to the cost of living. The idea was that a dramatic expansion was needed because the government hasn’t raised the salary limit to keep up with inflation. For example, the $8,060 salary limit set in 1975 was the equivalent of about $50,440 in 2014 — far above the current $23,000 threshold. That means that over the years, more and more Americans have been working extra hours without getting paid for them, which is exactly what federal labor laws meant to prevent.

The overtime rule created a lot of drama

Obama’s decision to double the salary limit created quite an uproar. In brief, here’s what followed: Powerful business groups freaked out. They then joined 21 Republican-controlled states to sue the administration before the rule went into effect in 2016. The rule was put on hold during the legal dispute. A federal judge in Texas invalidated it in 2017, arguing that the Labor Department didn’t have the authority to make such a drastic change.

Companies were relieved, and workers were furious.

And instead of appealing the Texas court’s ruling in 2017, Trump’s labor secretary at the time, Alexander Acosta, said he would create a watered-down version of Obama’s rule. Now the agency is only lifting the salary limit from $23,000 to about $35,000 and scrapping the cost-of-living increases; that means about 2.8 million of the 4 million workers who expected to get overtime benefits won’t get them.

The White House’s decision to approve the change is the Trump administration’s latest victory in its quest to undo Obama-era regulations meant to benefit workers.

The concept of overtime pay, just like the minimum wage, didn’t exist in federal law until President Franklin D. Roosevelt pushed for the New Deal labor protections in the wake of the Great Depression.

The Fair Labor Standards Act of 1938, which established a federal minimum wage and overtime benefits for the first time, was meant to end sweatshop-style conditions in US factories and lift millions of Americans out of poverty. The overtime benefit, in particular, was supposed to discourage employers from overworking their employees, by making it cheaper to hire an extra worker than have one employee work 80 hours in a week.

But the problem with the law, which is the case with most federal labor laws, is that benefits aren’t indexed to the changes in cost of living.

Business groups have been quite effective in keeping it this way, making sure Congress and the executive branch make the fewest adjustments possible.

That’s one reason the federal government has raised the overtime salary threshold only a handful of times. For example, in the 1970s, federal overtime benefits covered about 65 percent of salaried workers, according to the National Employment Law Project. Today, fewer than 7 percent of workers can earn overtime.

That’s why labor groups pushed the Obama administration for such a sharp increase. By doubling the salary threshold, the new rule would have ensured that the bottom 40 percent of salaried workers will qualify for overtime — a boon to many in the food-service industry and others at the lower end of the labor market.

Businesses were up in arms about Obama labor rules

The new overtime rule is the latest example of the Trump administration’s efforts to loosen Obama-era worker protections through business deregulation.

Since Trump took office, the Department of Labor has delayed the fiduciary rule, which would have required financial advisers to always act in the interest of their clients. It has also tried to delay or cancel other labor rules, including one that restricts how employers can distribute a worker’s tips and another that required businesses to share more details of work-related injuries and illnesses.

Obama’s overtime rule was another controversial one. When the administration announced plans to expand overtime to 4 million more workers in 2014, businesses were outraged. The Chamber of Commerce blasted the proposal, saying that the dramatic rise in overtime costs would put thousands of employers out of business.

Here’s what the chamber’s president, Thomas Donohue, said at the time:

These added costs would mean fewer opportunities for growth and could even result in a curb on hiring. And employees — those who the rule purports to “help” — may gain overtime eligibility, but they are likely to lose hours, health care and retirement benefits, opportunities for advancement, flexible work schedules, and actual income earned.

Employers united against the rule change, though business groups said they were open to a smaller increase. Labor unions pushed back, arguing that the rule announced in 2014 didn’t go far enough. They pointed out that if the overtime pay threshold had been adjusted for inflation since 1975, it would be over $55,000 today.

The Obama rule was finalized in December 2016, and 21 Republican-controlled states immediately sued. Those states eventually won when a judge invalidated the rule in 2017, saying that such a drastic change needed congressional approval.

Acosta promised to increase the salary threshold, just not as much as Obama did. That’s why he proposed this latest watered-down version.

To be sure, it’s great for the 1.3 million workers who make between $23,000 and $35,000 and will now get paid for the long hours they put in. Marianna Foral, a social worker for at-risk youth in Omaha, Nebraska, who earns $32,000 a year, was one of more than 100,000 workers who urged the Department of Labor to raise the overtime threshold to include salaried professionals like her, who work long hours for such little pay that they qualify for food stamps.

Here’s what she wrote in September 2017, after the Labor Department asked the public to comment on the revised overtime rule:

I have 60 children on my caseload. … I am accountable to greater than 180 people every day. Family problems and crises do not work a Monday through Friday, 9 to 5 schedule with a one-hour lunch break. I can be called in on evenings, weekends, early mornings. I am thankful to have management that encourages I maintain a 40 hour work week for my own self-preservation, but sometimes it is impossible to do that and still give adequate oversight to the families to which I am accountable. This is in addition to the fact that I barely make enough to make ends meet – in addition to the fact that I and other coworkers are using the same social and welfare programs (SNAP, Section 8 Housing) to close the gap between our low salaries and actual needs. Though I love where I work, I speak for myself, my coworkers, and colleagues in the non-profit field who are systematically taken advantage of to work more than our salaries outline though we remain uncompensated.

All in all, the Labor Department says the new rule will transfer about $400 million from US employers to their workers each year for the next 10 years. That should have a minimal impact on businesses. The $1.5 trillion tax cut Congress gave them in 2017 will surely cover it.

Correction: A previous version of this article included a graphic that incorrectly stated which workers are eligible for overtime pay.